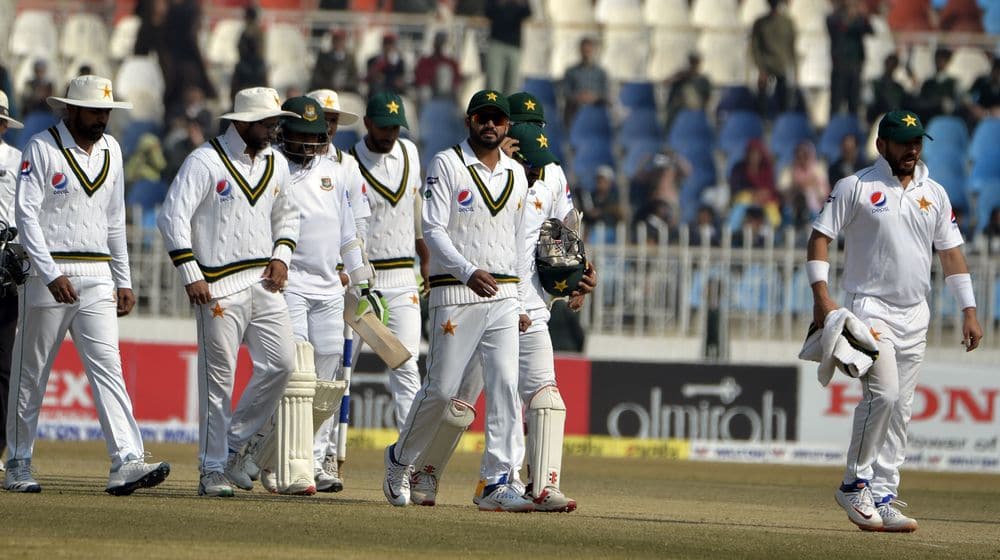 Pakistan completed a dominant win over Bangladesh on Monday as the visitors faced a humiliating defeat by an innings and 44 runs.

Naseem Shah’s record-breaking hat-trick earned him the man of the match award. Earlier, Shan Masood and Babar Azam completed their successive hundreds in front of over 10,000 spectators.

Youngest Players to Take Hat-Tricks Across Formats Are All Pakistanis

The match is the first of the 2-match series which is a part of the ICC World Test Championship 2019-21. The win has taken Azhar Ali’s men to 4th place with 140 points. Pakistan is now only 6 points behind third-ranked England.

India are sitting pretty at the top of the table with 360 points. Here are the updated rankings:

A win in Karachi Test, which is scheduled from 5th to 9th April, will take Pakistan to 200 points. It remains to be seen whether they will be able to overtake England or not because Sri Lanka has a 2-match series against Joe Root’s men in March.

Bangladesh are yet to win a match in their ICC Test Championship campaign.

The top two teams at the cut-off date will face each other in the grand final of the pinnacle Test tournament.

For more details on the Test Championship, follow the link below:

Here’s Everything You Need to Know About World Test Championship

Which team do you think will win the ICC World Test Championship? Let us know in the comments.