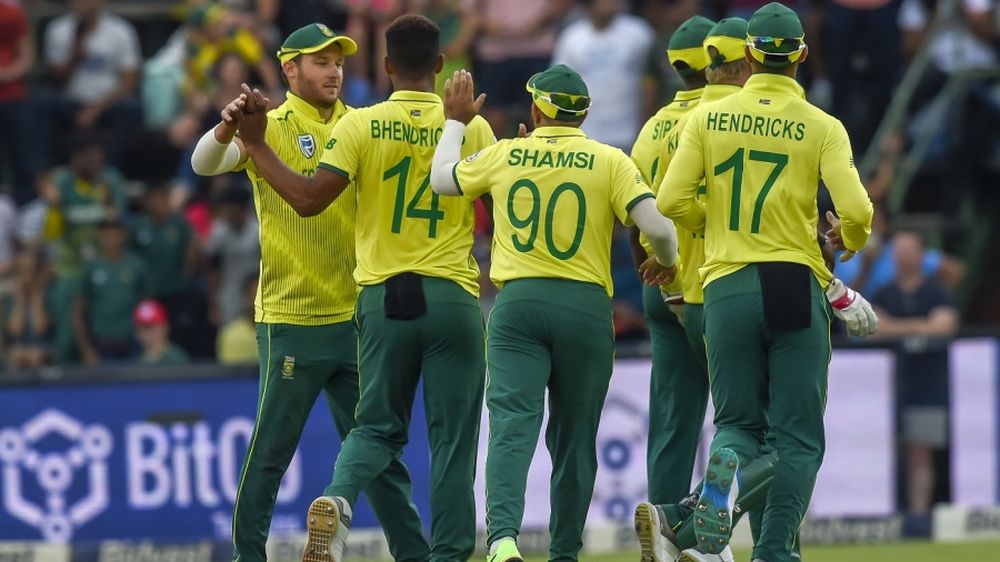 As South Africa considers touring Pakistan next month for a three-match T20 series, a tentative schedule for their short tour has been leaked on media.

The media has quoted PCB sources, reporting that the board is considering hosting the Proteas on 24th, 26th, and 28th March. These matches have been scheduled at Rawalpindi Cricket Stadium after fans showed their hunger for more cricket during the two Tests hosted at the venue in recent months.

South Africa will conclude its tour to India on 18th March, but the PSL final is scheduled for 22nd March.

PCB CEO, Wasim Khan, has said that they are deliberating the logistics challenges ahead of the tour. Currently, the board has two options. It can either arrange the South African team’s stay in UAE or bring them directly to Pakistan and provide all the facilities here.

In the second case, which seems more feasible, both Karachi and Lahore will be unable to host the matches due to PSL.

For Wasim Khan, Rawalpindi as a venue makes more sense.

But for that to happen, the South African board will require a satisfactory report from their security delegation, which will visit Pakistan at the start of PSL 2020.

Headed by Rory Steyn, the security team will assess the security arrangements, hotel accommodations, and transportation. The team’s visit is subject to the security delegation’s feedback.