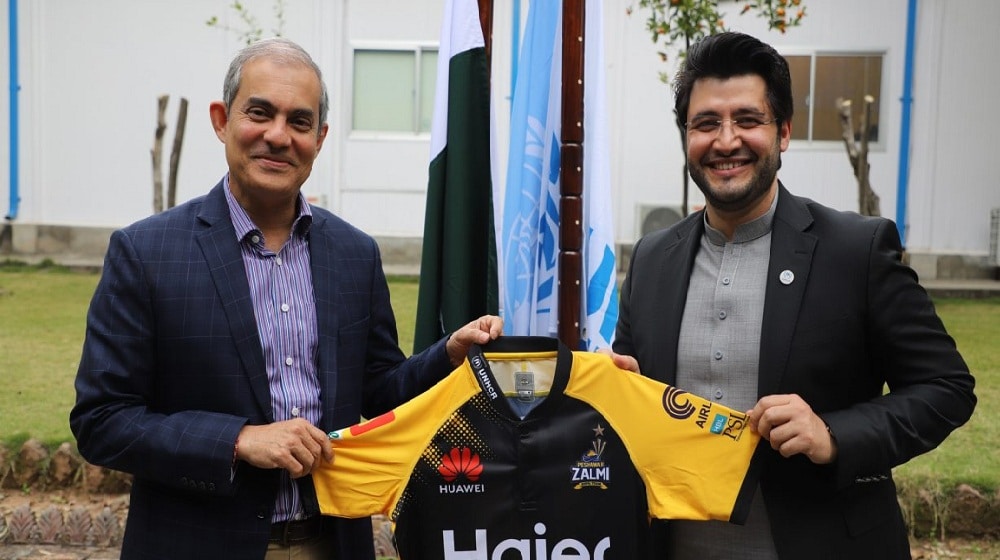 Peshawar Zalmi has partnered with United Nations High Commissioner for Refugees (UNHCR) to promote the refugee cause through the platform of Pakistan Super League (PSL).

Under the partnership, the franchise will highlight the challenges faced by refugees at the 5th edition of PSL, which begins on 20th February.

Javed Afridi, Chairman of Peshawar Zalmi, presented the PSL 5 jersey of the team to Indrika Ratwatte, UNHCR’s Director for Asia and the Pacific.

War, conflict, and persecution force millions of people to become refugees worldwide. We are happy that Peshawar Zalmi and UNHCR will jointly partner to run an awareness campaign during the Pakistan Super League.

By placing UNHCR’s logo on Peshawar Zalmi’s jersey, the franchise has demonstrated how determined they are to highlight and support the refugee cause. Javed Afridi has played a key role as Pakistan’s Refugee Youth Ambassador.

UNHCR Director also acknowledged Pakistan’s efforts towards accommodating refugees in the country. According to Amnesty International, Pakistan is home to more than 1.4 million refugees, most of them displaced by decades of war in Afghanistan.