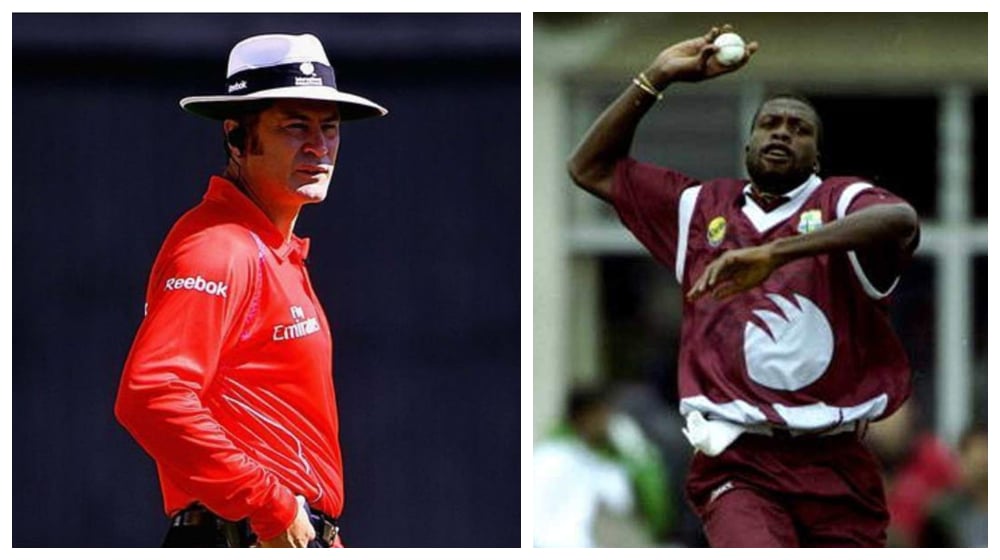 Former West Indian fast bowler, Curtly Ambrose, and former Australian Umpire, Simon Taufel, are landing in Pakistan today to promote a soft image of the country. The purpose of the tour is to portray Pakistan as a safe city for international cricket events, foreign tourists and businessmen.

On their first visit to Pakistan after retirement, the two will stay in the Karachi and are expected to watch PSL 5 matches.

Ambrose and Taufel will meet Pakistani cricketers, visit famous public places and interact with fans. They will also visit Omair Sana Foundation Thalassemia Center and meet patients. They will also be hosted by IG Sindh, Kaleem Imam, and the business community of the city.

Curtly Ambrose is a legendary cricketer from Antigua who played 98 Test matches for the West Indies. Considered by many as one of the greatest fast bowlers of all time, he took 405 Test wickets at an average of 20.99. He is also a member of the ICC Hall of Fame.

ICC Hall of Fame: The Legends of Pakistan Cricket

Simon Taufel is a former umpire who won five consecutive ICC Umpire of the Year awards between 2004 and 2008 and was rated among the best umpires in the world during his time.

Barry Wilkinson, a famous sports commentator, is also coming to Pakistan. He also visited the country last year along with Micheal Holding during the PSL.