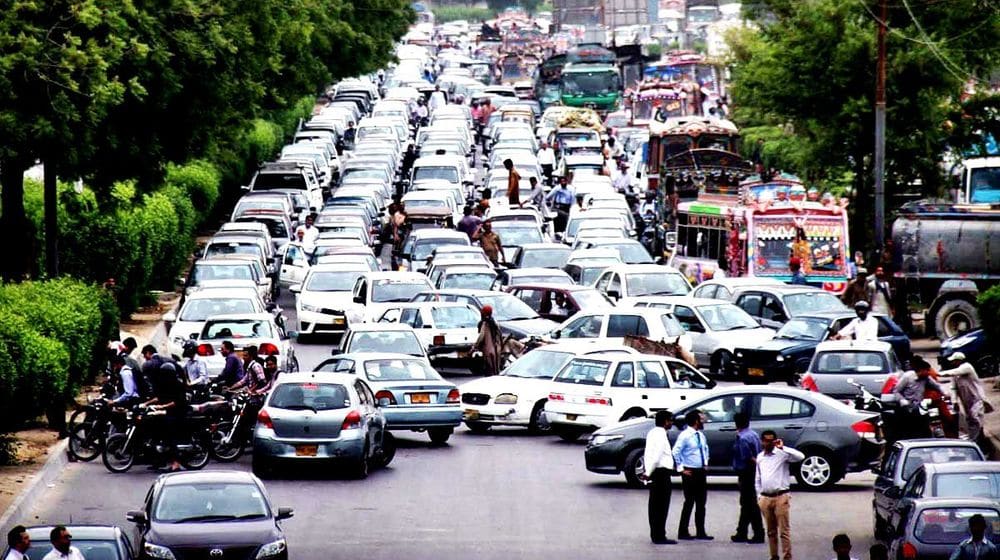 Karachi Police have released a comprehensive traffic plan for all the Pakistan Super League (PSL) matches in Karachi.

The authorities have urged the citizens of the metropolitan city to follow the traffic plan to avoid any inconvenience. Here’s the plan: 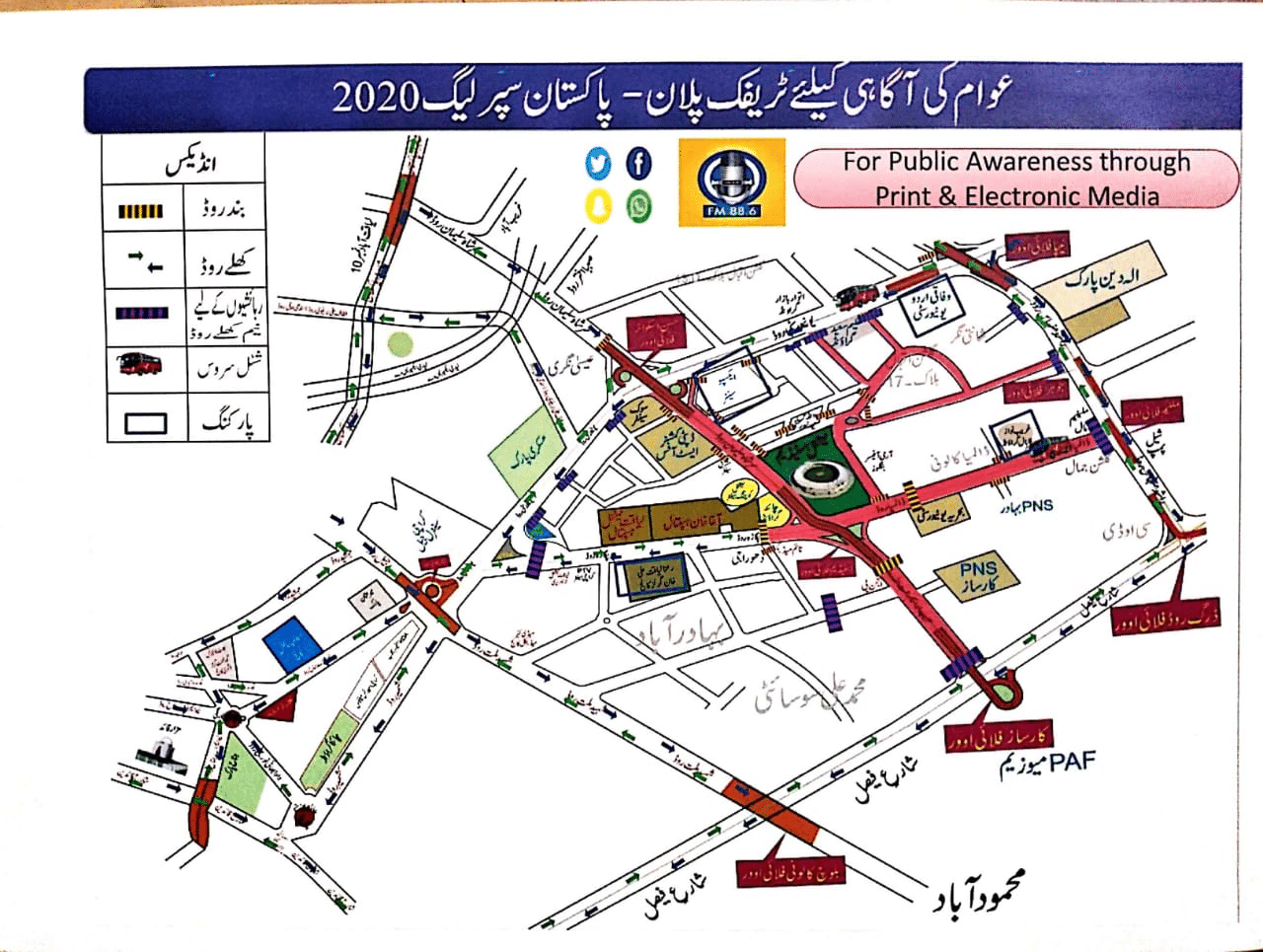 Citizens coming from Central and West districts such as Liaqatabad No. 10 can use Hassan Square; take a left at University Road and park vehicles at Expo Centre.

Those coming from Malir and East districts can make their way through Safoora and NIPA while those coming from Sohrab Goth can use Gulshan Chowrangi and University Road to park their cars at Expo Centre.

Citizens traveling from Malir and East district from Drigh Road through Shahra-e-Faisal have to make a right turn at Rashid Minhas Road, then a left turn to Millennium Mall to park their vehicles at the Gharib Nawaz Football Stadium.

Special shuttle buses will then transport the citizens from dedicated parking spaces to the National Stadium.

Karsaz: No vehicle coming from Nursery will be allowed to travel to Habib Ibrahim Rehmat Ullah Road towards Stadium. The traffic will be diverted to Drigh Road, Shahra-e-Faisal, Rashid Minhas Road, and Millennium towards NIPA.

Millennium: Traffic from Rashid Minhas Road will be diverted towards NIPA, Askari-IV (Millennium), Drigh Road to Shahrah-e-Faisal or Millennium, NIPA to Safoora Chowrangi or NIPA to Gulshan Chowrangi to Sohrab Goth.

During the PSL, no heavy traffic will be allowed from Peoples Chowrangi towards University road, Sohrab Goth to NIPA, and Liaqaatabad No. 10 to Hassan Square.

Heavy traffic from Sharah-e-Faisal will be diverted towards NIPA, Askari-IV, Drigh Road, Millennium, NIPA to Safoora Chowrangi or NIPA to Gulshan Chowrangi to Sohrab Goth.

Heavy traffic from New Town Chowrangi turning will be diverted towards Jail Road, Shaheed-e-Millat or straight to Peoples Chowrangi. Those coming from Aga Khan Hospital, Liaquat National Hospital will be allowed from New Town Police Station side only.

The authorities have also advised the citizens to keep a valid CNIC with them during the PSL.