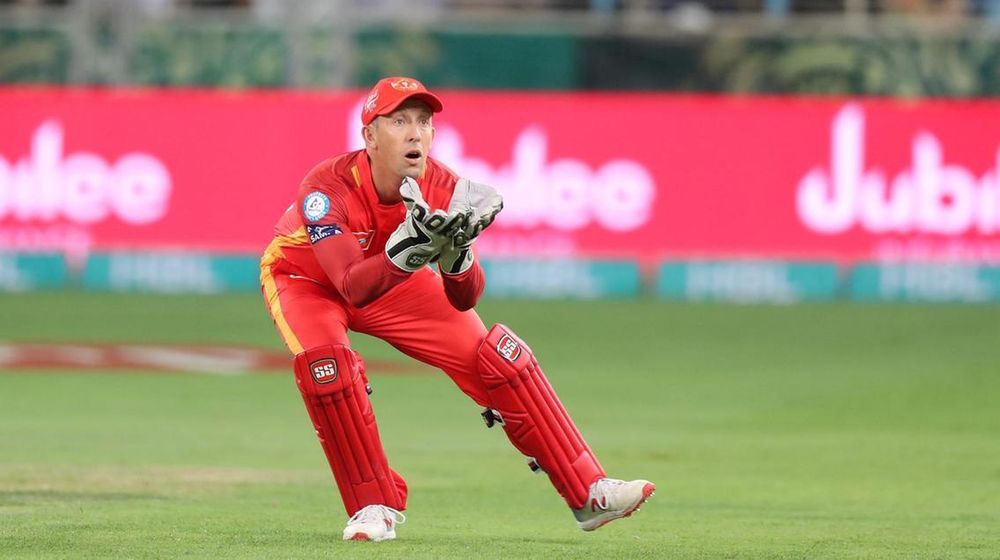 Openers provided a good start to Multan Sultans as the first wicket fell at 41. Captain, Shan Masood, departed after scoring 21 from 20, whereas his opening partner, James Vince scored an impressive 42 from 31.

It all fell apart in the middle when Amad Butt’s brilliant bowling bamboozled Sultans. The only positive was wicket-keeper batsman, Zeeshan Ashraf’s batting as he smashed his first PSL fifty in good time to give his team a chance at defending the total.

Butt took 4 wickets for just 27 runs as Multan managed to scrape through to 164/8 in their 20 overs.

United openers, Luke Ronchi and Colin Munro came out to bat with a lot of positive intent as they smashed the opposition bowlers all around the park right from the word go.

Munro hit a half-century off just 32 balls. His blistering innings included 3 fours and 4 sixes. On the other hand, Ronchi also scored a quick-fire fifty as United cruised along in the chase.

Dawid Malan also joined the party and smacked quite a few boundaries. In the end, Shadab XI got over the line with 8 wickets in hand. Ronchi top-scored with 74, whereas Malan remained unbeaten at 35.

It’s a super Saturday as far as cricket is concerned. Today’s second match, Islamabad United vs Multan Sultans, will start at 7:00 pm in Lahore. Shadab XI will be itching to register their first win, whereas Shan Masood’s team will be looking to get two more points on the table.

Here’s all you need to know about today’s second PSL match:

It’s an even rivalry between the two franchises as both have won two each out of the 4 matches they have played. Both teams will be hoping to come out victorious tonight.

Islamabad United might tinker with the playing XI slightly after suffering a defeat in their opening clash, however, no change is expected for Multan Sultans, who thumped Lahore Qalandars in their first match.

Islamabad United:
Dawid Malan has been a heavy scorer in PSL and he proved it yet again in his last outing for United. He will be the key once again.

Multan Sultans:
Shan Masood has a lot to prove when it comes to T20 cricket. He has been scoring heavily in First-Class and List A games, however, he will be hoping to make a name for himself as an all-format player.