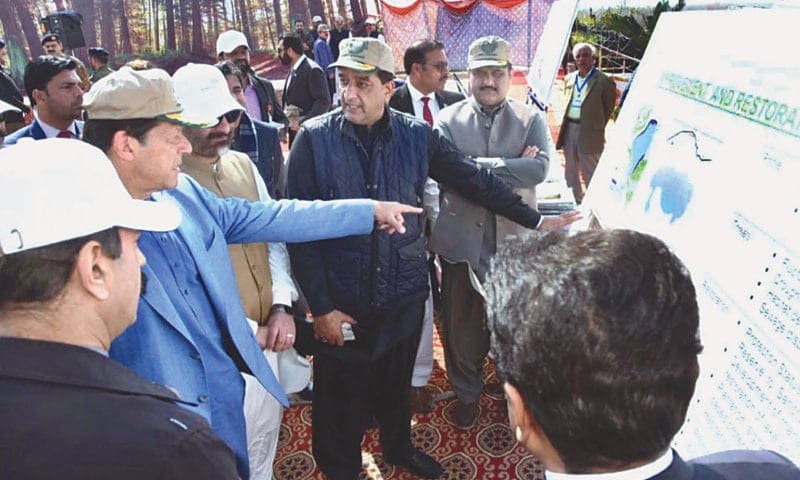 The Prime Minister proposed that the people involved in cutting trees illegally should be dealt with strictly.

“The tree fellers are criminals. I ask Punjab government to treat them as criminals. Don’t impose merely fine on them rather arrest them too. This is an offense not only against the nation but also our children,” the Prime minister said while addressing the inaugural ceremony of spring tree plantation at Kundian Forest.

Out of 19,271 acres of forest area, around 5,000 acres has green cover while 5,222 acres is barren and will be turned into a forest by massive forestation during the next four years under Prime Minister’s 10 Billion Tree Tsunami Project.

The prime minister, who planted a sapling, asked the locals to guard the forest against tree fellers and land grabbers.
Under this spring tree plantation drive, 250 million saplings will be planted across the country with 1.3 million to be planted in one day as part of Plant for Pakistan Day.

The prime minister stated that the children should be taught the importance of trees and also called for its inclusion in the education curriculum.

Unfortunately, the huge Kundian Forest planted before partition has become barren owing to the apathy of the previous governments, he stated. The prime minister, who also unveiled the plaque to launch the forest’s revival, warned that more deforestation would destroy the nation’s future.

With diverse seasons and water resources, Pakistan should be exporting food to the world instead of facing a shortage.

Prime minister told the gathering that the revived Kundian Forest will provide job opportunities as human resources will be required to guard water and nurture the plants and people would realize the benefits of the forest in the near future.

He stated that biodiversity in the Khyber Pakhtunkhwa had revived following the success of the one billion tree tsunami project. A considerable number of berry plants would be planted in the forest which will help produce honey as many investors want to invest in honey production.