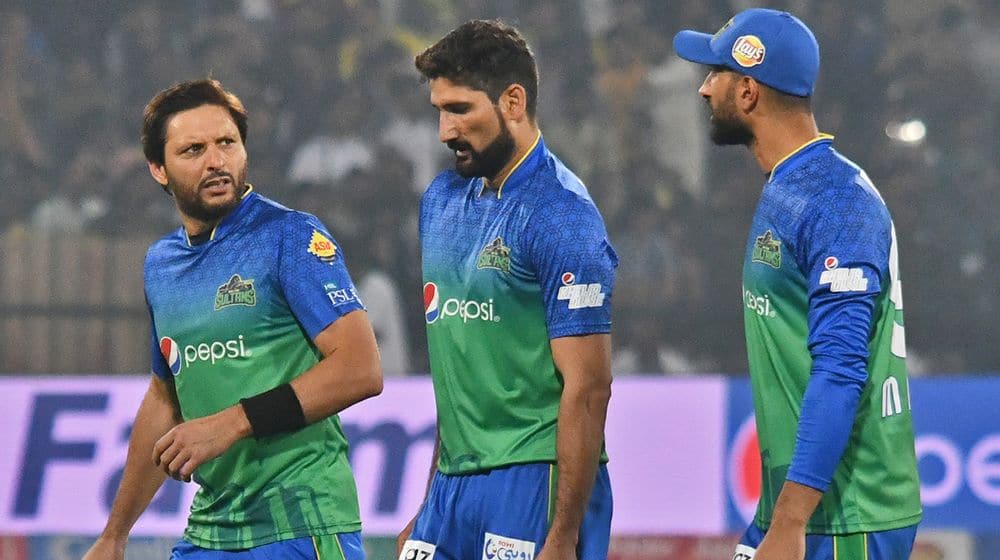 Multan Sultans won the toss and elected to chase on their home ground.

Having won the toss, Multan bowlers were absolutely brilliant right from the word go as Mohammad Irfan produced a chance on his very first ball which went down in the first slip.

All 5 bowlers were among the wickets and veteran left-arm pacer, Sohail Tanvir, was the pick of the lot, picking 4 wickets for just 13 runs.

Haider Ali was the only batsman who looked like making an impact in the game, scoring 47 from 27 balls including 6 fours and 2 sixes.

Zalmi were bowled out for a meager 123, setting a target of 124 for the home side.

A small target was always going to be an easy one for Multan Sultans, however, Peshawar bowlers were not going to let the match go that easily.

Rilee Rossow and Khushdil Shah were calm with the bat, handling the situation despite 4 early wickets. In the end, 124 proved a little too few for the bowling unit to defend as the hosts got over the line with 6 wickets in hand. Rossow ended with 49* whereas Khushdil made 43*.

Home team, Multan Sultans will take on Peshawar Zalmi as both teams are eyeing the top spot. A win for either side could take them to the top of the table subject to the net run rate.

Without any further ado, let’s have a look at all you need to know about today’s PSL match:

Multan and Peshawar have faced each other 4 times with both teams winning 2 matches each. Both the teams have 2 points each this season as well.

Not many changes are expected in the two sides, however, the captains will be hoping for a better show from their senior players.

Multan Sultans:
Rilee Rossouw has had poor season until now, however, he is a match-winner with the ability to turn the game on its head.

Peshawar Zalmi:
In the two matches so far, Tom Banton hasn’t had the impact Zalmi fans would have been hoping for, however, he is a class act and it is a matter of time before he gets going.