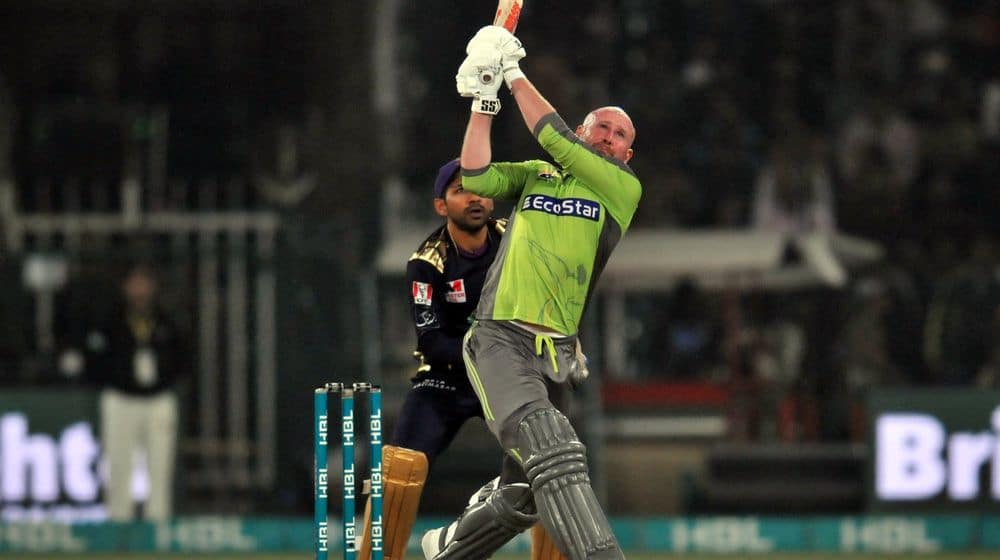 Lahore Qalandars ran rampant in their first home game this season, thumping the defending champions with ease. What started with Anwar Ali’s poor over (again) turned into carnage at Gaddafi  Stadium in Lahore as Ben Dunk and Samit Patel got into their grooves and didn’t let any of the bowlers settle.

A number of records were broken last night to the delight of Lahori fans who turned up in huge numbers to support their home team. Luckily for them, the Qalandars didn’t disappoint.

Let’s have a look at some of the statistical numbers from last night’s match:

To not many people’s surprise, it was Lahore Qalandars’ first-ever win in Pakistan.

Lahore Qalandars have won their first match after 7 matches and managed to get a win under their belt after 370 days.

Thanks to Ben Dunk and Samit Patel, the Qalandars scored a massive 148 in the last 10 overs, which is also a PSL record.

Ben Dunk’s 10 sixes in an innings is the first time in PSL history that a batsman has achieved the feat.

Mohammad Nawaz at the Receiving End

The left-handed Australian wicket-keeper batsman smashed four sixes in as many balls off the bowling of Mohammad Nawaz. Only two other batsmen have done this in PSL: Shahid Afridi for Karachi Kings in 2018 and Kieron Pollard for Peshawar Zalmi in 2019.

Lahore’s 209/5 is the biggest team total in this year’s PSL. The previous best was 201/4 by Karachi Kings against Peshawar Zalmi.

The 155-run partnership between Ben Dunk and Samit Patel is the second biggest partnership in the league’s history. Liam Livingstone and Babar Azam (157) in PSL 4 holds the record for the highest partnership whereas 153 runs between Shane Watson and Sharjeel Khan in PSL 1 is on 3rd.

The stand between Ben Dunk and Samit Patel is the highest 4th wicket partnership ever in the PSL.

More 200s Than Any Other Team

Surprisingly, Lahore Qalandars have crossed the 200 runs mark 4 times, followed by Quetta Gladiators (3) and Peshawar Zalmi (2). The other teams have all done it just once.