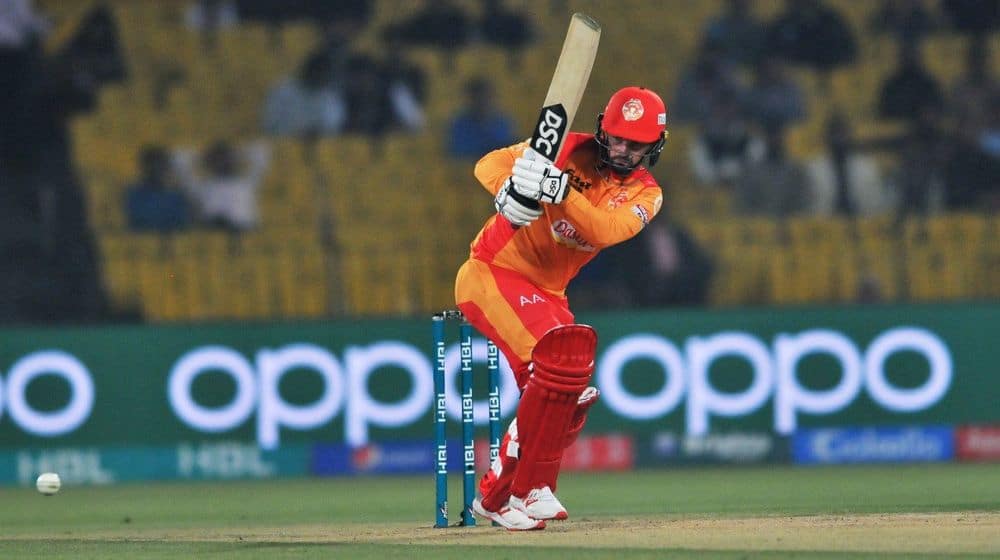 After being put in to bat first, Islamabad United were on top of their game right from the word go as both the openers came out with a big total in mind.

Colin Munro and Luke Ronchi added 103 in 11 overs before the latter walked back to the pavilion off the bowling of Mohammad Hafeez. He fell for 48 whereas Munro stayed till the end to finish at 87* off 59 balls.

Colin Ingram and Asif Ali also contributed at the end, making sure that United posted a huge total of 198/3 on the board.

A change of opener for Qalandars, who brought in Salman Butt for Fakhar Zaman, didn’t help the home team as Dale Steyn removed Chris Lynn without letting him open his account.

Butt was sluggish alongside Mohammad Hafeez as both the batters failed to make the most of their starts. Usman Shinwari top-scored with just 30 from 14.

All United bowlers were among the wickets as Zafar Gohar picked up 3 wickets. A brilliant bowling display from the away side helped them bowl out the opposition for just 127.

After 7 consecutive losses, Lahore Qalandars finally managed to win one in front of their home crowd last night. The Lahoris were jubilant and rightly so. They finally had something to cheer about and the crowd erupted with ecstasy after Qalandars’ first win this season.

The home side not only won the game but broke plenty of records as well.

With momentum on their side, Sohail Akhtar’s men will be hoping to get two more points today. On the other hand, Shadab Khan’s Islamabad United have lost two close games on the trot and they will be eager to reverse the trend.

Lahore Qalandars have only managed to win 2 out of the 9 matches they have played against Islamabad United who have won 7.

Lahore Qalandars:
Sohail Akhtar has a reputation of a hard-hitting finisher and he needs to fulfill that role for his team if they are to qualify.

Luke Ronchi is a class apart and he has been an integral part of Islamabad United’s team whenever they secure a victory.