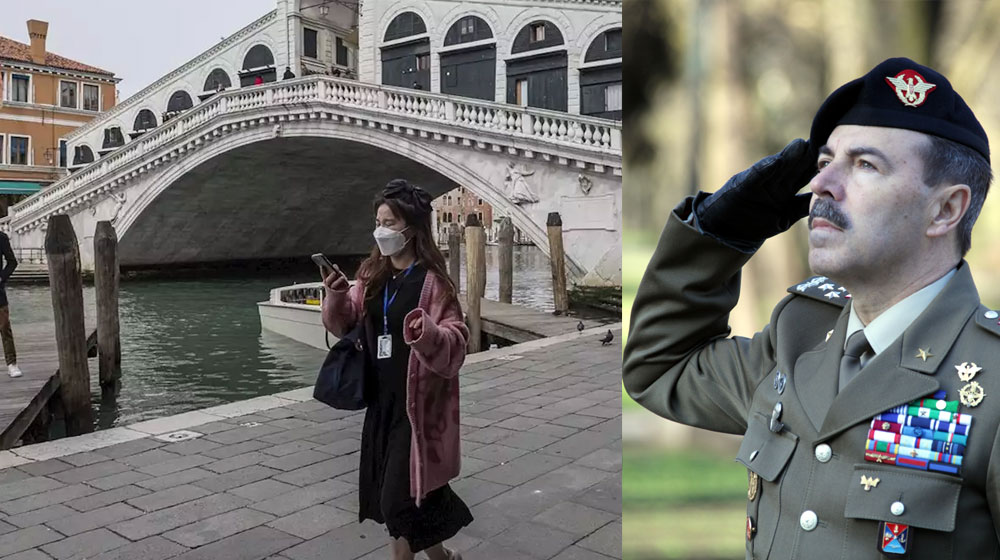 The Chief of Staff of the Italian Army, Salvatore Farina, has tested positive for the novel coronavirus and has quarantined himself, state Italian media reports.

As a result, the top army general will remain in isolation until he recovers. For the time being, General Federico Bonato will replace him on the post.

Out of 7,375 coronavirus cases in Italy, General Farina is the latest to catch the deadly virus. So far, 366 casualties have been reported in the central European country.

The fatalities are widely reported in Northern Italy, and as a result, an entire province of more than 16 million people has been locked down and quarantined to control the outbreak.

Entire Lombardy province, whose capital is Milan, the home to the world’s fashion and finance, and other northern areas including Venice, have been locked down with people requiring special permissions and medical certificates to travel in and out of the region.