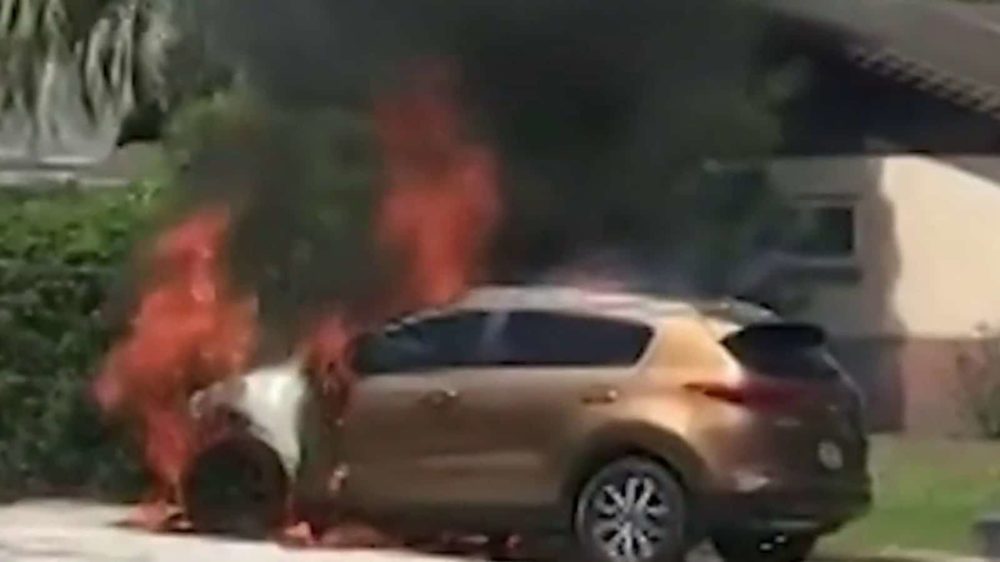 A few days ago, a video went viral all over the internet showing a brand-new Kia Sportage that had caught fire in its engine compartment.

Initially, it was unclear what led to the fire especially given the car was barely a month old.

We reached out to Kia for a comment and they told us that they were investigating the incident and would release the information after collecting all the facts.

You can read more about the incident and its watch its video here:

Today, the company has announced that it had investigated the car and its technical team has discovered that the main electrical wire harness had been cut and an “after-market device” had been installed on the car.

You can read the statement below: 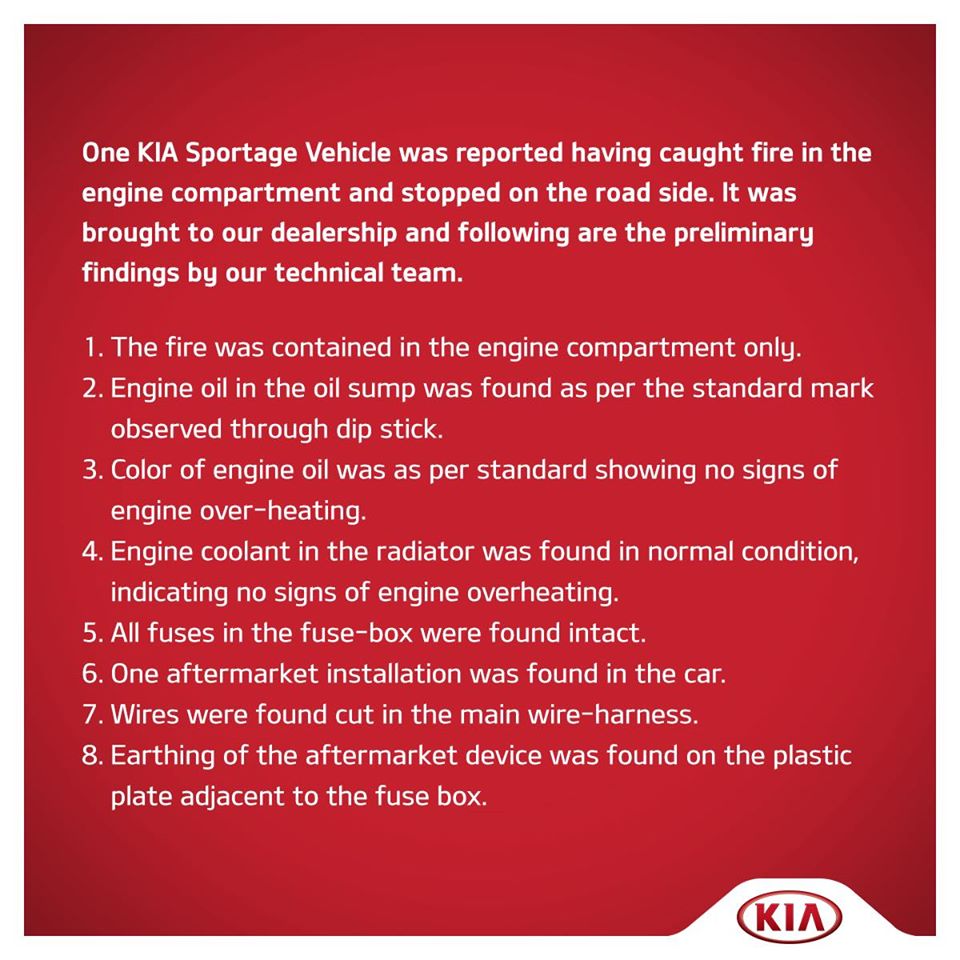 Car Insurance companies make it mandatory for a tracking device to be installed on insured cars and at the time of sale, some dealers suggest the idea to the prospective buyers. They usually claim the warranty will stay intact even though the vehicle is no longer in its original condition.

In most cases, the harness wire is cut, which voids the warranty and can potentially result in such losses.