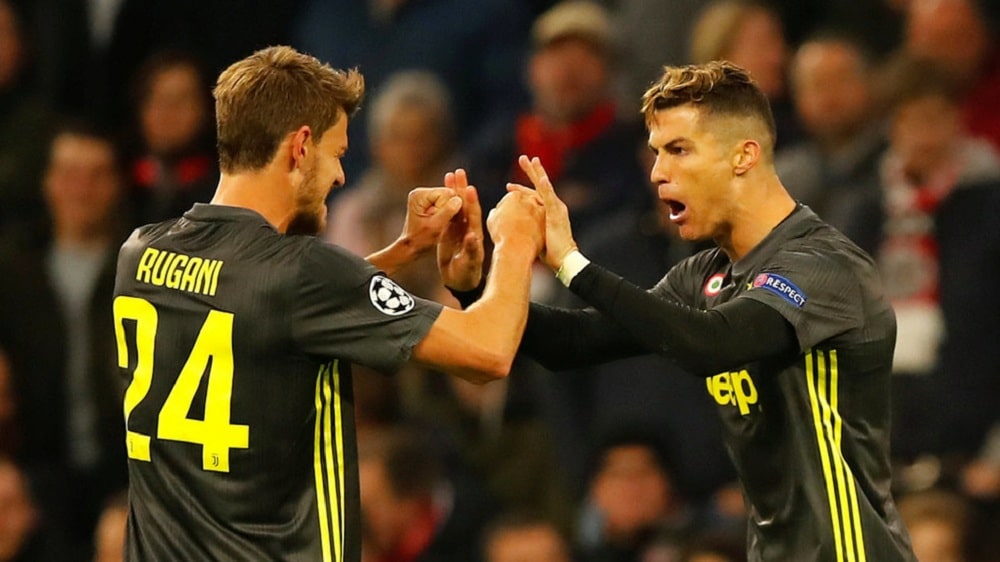 25-year-old defender, Daniele Rugani, who plays for Italy and Juventus, has been tested positive for the COVID-19. The defending Italian club football champions confirmed the news on Wednesday.

Sky Italia journalist, Fabrizio Romano, was the first to release the news on Twitter.

Juventus defender Daniele Rugani has been found POSITIVE to Coronavirus 🔴

The text translates to this:

You’ve read the news, so I want to reassure everyone who’s worried about me, I’m fine. I urge everyone to respect the rules because this virus makes no distinction! Let’s do it for ourselves, for our loved ones and for those around us.

Rugani, who was on the bench, posted a picture of himself celebrating the 2-0 win with the team in the locker room. Ronaldo can be seen celebrating the win as well in the picture below.

After confirmation of Coronavirus in Rugani, Juventus management has enforced all necessary measures. Each member of the team and staff will now undergo tests for the virus.

Cristiano Ronaldo, who is in his hometown, Madeira, to look after his mother after she suffered a stroke last week, has communicated to Juventus’s management that he is now in self-quarantine and will not be returning to Italy anytime soon.

Cristiano Ronaldo has told Juventus that he won’t come back from Portugal after teammate Daniele Rugani tested positive for Coronavirus. pic.twitter.com/tYpeeVGVTJ

Meanwhile, Inter Milan’s Europa League game, originally scheduled for today, has also been postponed over fears of the virus.

OFFICIAL: Serie A has been suspended. #SerieA #Coronavirus