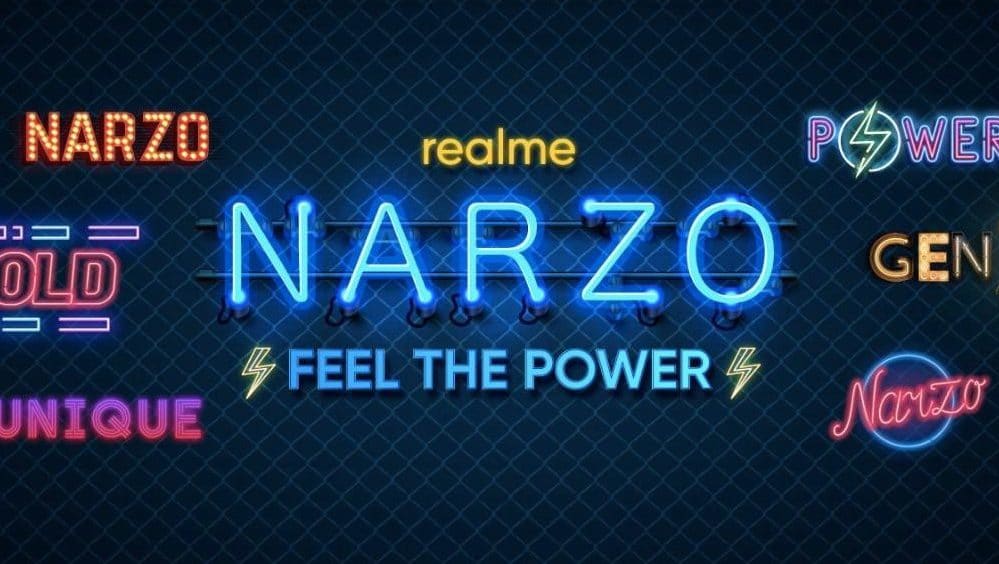 Earlier today, BBK-owned Realme teased the arrival of a new series under the moniker Narzo. The teaser was posted on Twitter by the company’s official account and since then, fans have been trying to guess what Narzo could be. Realme also shared Narzo’s teaser website.

Unique. Extraordinary. Bold.
Words that define you, words that define it.
Get ready to #FeelThePower, with the new smartphone series, the #realmeNarzo!
Stay tuned to know more.https://t.co/fMrX6tbyLb pic.twitter.com/g9VhNGpS0N

According to the website, Narzo will be a new smartphone series that will deliver ‘Max Performance’ and will be focused on millennials and Generation Z. This can be inferred from the flashy lights used in the teaser poster.

Even though the company has not unveiled any details regarding the upcoming youth-focused smartphone series, rumors say that the first smartphone in the series will feature two variants and will launch in India pretty soon.

Apart from this, analysts are of the opinion that Narzo is Realme’s take on Xiaomi’s POCO and other Redmi sub-brands in the budget segment.

Realme started off as Oppo’s subsidiary in 2018, and since then it has become a fan favorite especially when it comes to the budget and mid-range segment. Realme was also termed one of the fastest-growing smartphone brands of 2019. In two years, it was able to capture 10.6% of the Indian market.

Hence, fans and consumers are pretty excited for the new series. For now, this is all we know. Stay tuned for more updates.