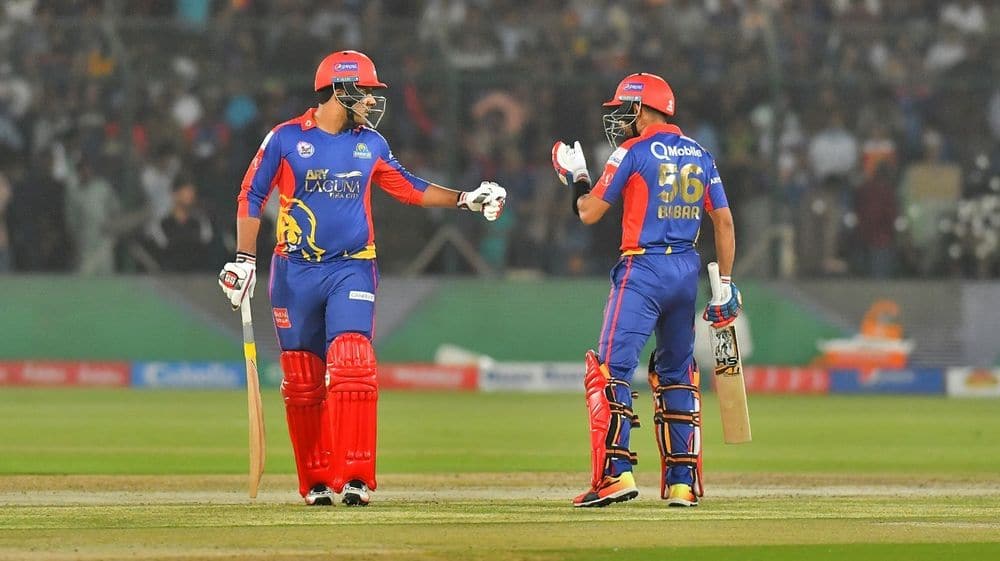 The Pakistan Super League (PSL) has proved to be a great platform for national cricketers to make a statement for their selection in the team. There has been plenty of debate regarding Sharjeel Khan’s return to the international cricket, especially after he came into form at the later stages of the league.

Pakistan bowling coach, Waqar Younis, has weighed in with his opinion on the batsman’s future, saying he isn’t ready for the international cricket yet.

Sharjeel needs a lot of work right now. You can’t judge him on the basis of one or two innings.

It doesn’t necessarily mean that he will not be in contention for the World Cup, because Waqar Younis has said that the explosive batsman has a lot of time till the mega event to work on his fitness.

He needs to work on his fitness because where are we going to hide him in the field? Fielding is really important these days and especially in Australia where grounds are really big.

Sharjeel played a few important innings at the top for Karachi Kings in the last few matches. In the 10 innings, he scored 199 runs at a strike rate of 144.20.

Do you think Sharjeel should be included in Pakistan’s squad for the World Cup? Let us know in the comments.