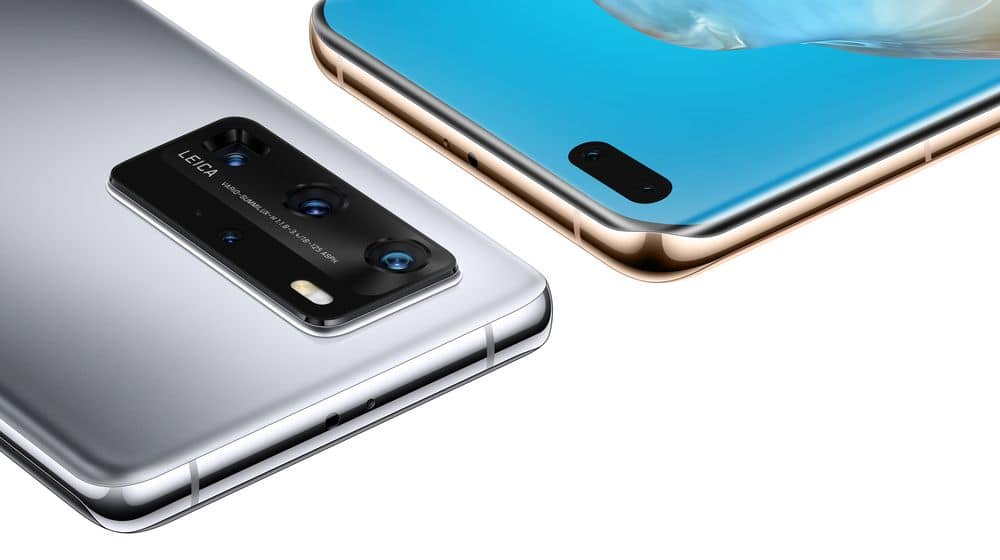 Huawei and Leica have been partnering for years now to come up with photography-focused smartphones. Taking inspiration from both the P30 and Mate 30 series, the Chinese tech giant has unveiled its P40 series at a launch event yesterday.

The series consists of three smartphones, i.e., Huawei P40, Huawei P40 Pro, and Huawei P40 Pro+. On top of amping up the camera specifications, Huawei has done a lot to improve the display as well. The Huawei P40 is a slightly toned-down model, while the Pro+ is dialed up to 11. The biggest difference is, of course, the camera.

Design-wise, all the models are reminiscent of the recently launched Samsung Galaxy S20. The only difference between the three is added rear camera sensors. The Huawei P40 comes with a triple sensor rear camera while the P40 Pro and P40 Pro+ come with quad-sensor and Penta-sensor camera setups, respectively.

Huawei P40, the smallest of the lot, is built around a 6.1-inch dual punch hole flat OLED panel with 1080p+ resolution and standard 60Hz refresh rate.

The Huawei P40 Pro and Pro+, on the other hand, come with a larger 6.58-inch dual punch hole OLED display panel with support for 90Hz refresh rate and 1200 x 2640 pixels resolution. Both Huawei P40 Pro and Pro+, feature what the manufacturer calls an “Overflow Display.” It has four curved edges that give an illusion of all sides sweeping down to the frame of the phone.

Internally, all the Smartphones are powered by Kirin 990 5G chipset topped with 8 GB RAM. The only difference, as far as the innards are concerned, is the onboard storage. The Vanilla P40 features 128 GB of onboard storage while the P40 Pro and P40 Pro+ come with 256 GB and 512 GB onboard storage, respectively.

Where the vanilla model sports basic protection from dust ingress and water splashes, i.e., IP53. The other models of the series feature dust and water-resistant (IP68) and 4-layer SuperCool system.

The smartphones will launch with Android 10 and will rely on Huawei’s AppGallery for applications. At the launch event, the Chinese tech giant also announced new features and partnerships to expand its software platform.

The company explained Celia, the new integrated voice assistant that supports English, French, and Spanish. It can handle all the necessary features. Other than this, the company also introduced MeeTime, a voice and video call app with screen-sharing.

Since the P40 is a photography-focused series, Huawei and Leica have put in extra effort to add that extra oomph. The vanilla P40 features a triple sensor rear camera with a primary 50MP “Ultra Vision” module joined by an 8MP sensor with OIS and a 16MP ultra-wide sensor similar to the Huawei P30.

The Huawei P40 Pro, on the other hand, boasts a quad-sensor rear camera with a 1/1.28″ 50 MP primary sensor (larger than Galaxy S20’s) featuring RYYB color filter, Octa Phase Detection AF and OIS. Joining the primary sensor is a 125mm 12MP RYYB sensor that retains the periscope zoom from the P30, a 40 MP ultrawide angle Cine Lens camera, and a 3D ToF sensor along with a color temperature sensor.

The P40 Pro+ model comes with an additional 80 mm telephoto camera bridging the gap between extreme telephoto and the regular camera. Moreover, the periscope lens is replaced with a longer 240mm periscope sensor. The rest of the specifications are similar to the P40 Pro.

As far as the selfie camera is concerned, the P40 Pro and P40 Pro+ sport a 32MP selfie camera with autofocus joined by a secure IR face scanner. The camera is capable of shooting 4K 60 fps videos. The vanilla P40 has a similar system but loses the autofocus and IR scanner.

The Huawei P40 packs a 3,800mAh with support for 22.5W fast charging and no fast wireless charging.

The maxed-up P40 Pro+ boasts the same battery capacity as P40 Pro but comes with support for 40W wired and wireless charging.