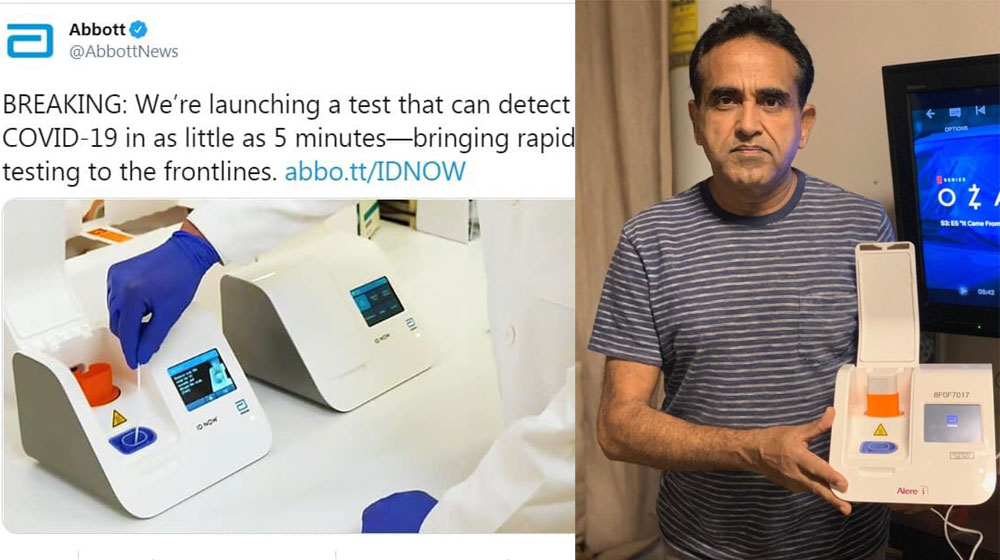 A leading pharmaceutical company, Abbott Laboratories, recently introduced a coronavirus test kit that detects positive cases within five minutes. The company has acquired emergency authorization from the US Food and Drug Administration (FDA) to make the test available to the health sector as early as next week.

The portable lab device, which is the size of a toaster, can also tell the negative ones in less than 13 minutes. The invention is going to be game-changer in the field of public health because the kits in use at the moment take as much as 6 hours in detecting results.

And now, media reports are emerging that there is a Pakistani scientist, Jameel Sheikh, behind this invention. Jameel, a microbiologist, who hails from Larkana, graduated from Karachi’s NED Engineering University before moving to the United States.

Sheikh is now permanently based in San Diego, California. He is also an active member of the World Sindhi Congress and the Sindhi Association of North America.

Meanwhile, the pharmaceutical giant has enhanced its production of the kits as it aims to deliver 50,000 devices per day to the US healthcare system. The kits will not only ramp-up the testing capacity of the world’s largest economy, but it will also save thousands of lives with a timely diagnosis.

It should be noted that the US is the new epicenter of the deadly virus where confirmed cases, as of Monday, are above 164,000 with death toll crossing 3,100.