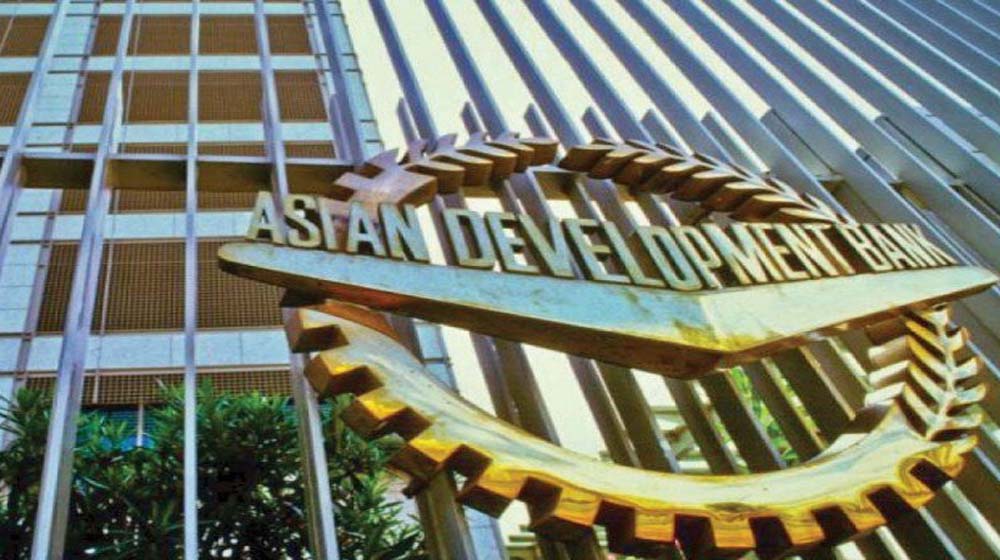 ADB in its report titled “Asian Development Outlook 2020, what drives innovation in Asia? The Impact of the Coronavirus Outbreak”, stated that leaving aside external upheaval, growth in Pakistan will slow as agriculture stagnates, notably affecting cotton output, and as stabilization efforts constrain domestic demand. The intended correction of macroeconomic imbalances in Pakistan should restore confidence in the economy and bring later benefits.

GDP growth is expected to decelerate to 2.6 percent in the fiscal year 2020 as ongoing stabilization efforts further curtail economic activity. Agriculture is expected to see slow growth as the worst locust infestation in over 2 decades damages harvests of cotton, wheat, and other major crops.

Modest growth is expected in some export-oriented industries such as textiles and leather. However, large-scale manufacturing, which provides over half of industrial production, will likely contract, as it did in the first half of the fiscal year 2020 when currency depreciation ran up production costs for some industries and forced them to raise their prices.

The ongoing COVID-19 outbreak will pose a risk to growth prospects as it further dampens consumer demand as private businesses are temporarily shutdown in efforts to control the pandemic. Growth is expected to accelerate to 3.2 percent in 2021, driven by a rebound in investment as macroeconomic imbalances are corrected, currency depreciation is contained, and the locust infestation subsides.

A new price series that tracks price movements in rural as well as urban markets showed rural food inflation averaging 16.3 percent in the first 7 months of 2020, while urban food inflation stood at 14.5 percent. However, high food inflation is expected to be mostly transitory, likely to dissipate as food supplies improve in the second half of the fiscal year.

The ongoing COVID-19 pandemic underscores the importance of strengthening social protection in Pakistan, especially as spending on social development has not kept up with the growing need. Limited employment opportunities and high out-of-pocket health care expenditure routinely lock people in poverty and all too often inflict economic shocks that drag them down into it.

Higher spending on social protection will be crucial

Higher spending on social protection, including the Ehsaas program, will be crucial in responding to COVID-19 and the serious implications it may have on poor and vulnerable segments of the population. The implementation of social protection programs should focus on the quality of delivery, factoring in the context of a large informal labor market, high rates of transient and vulnerable poverty, and the need to target beneficiaries appropriately.

The fiscal deficit is expected to narrow to 8 percent of GDP in 2020 as the government continues to prioritize consolidation. In the first half of 2020, the deficit fell as revenue collection rebounded from the equivalent of 6.1 percent of GDP a year earlier to 7.3 percent.

A fall in import duties caused by import contraction was compensated by the reinstatement of levies on petroleum products and telecommunication services, the elimination of exemptions for export-oriented industries, and higher profit transfers from the central bank and the Pakistan Telecommunication Authority.

On the expenditure side, spending increased from 8.7 percent of GDP in the first half of 2019 to 9.6 percent on higher interest payments and public development programs to protect public investments and support business activity, particularly activity connected with construction.

Further, health care and other social expenditure is expected to be significantly higher as the government addresses COVID-19. The decline in the oil price may adversely affect government revenues due to reduced petroleum tax receipts.

To finance the fiscal deficit, the government restructured its short-term borrowing from the central bank into long-term securities in a bid to increase the average maturity of domestic debt and reduce its interest rate. Improving the primary budget balance as planned will reduce public debt ratios, moving the economy closer to debt sustainability as GDP growth recovers somewhat in 2021 and further in subsequent years.

The current account deficit is expected to continue narrowing to the equivalent of 2.8 percent of GDP in 2020 with a reduction in the trade deficit resulting from currency depreciation, the imposition of regulatory duties to contain import demand, and continued recovery in workers’ remittances. In the first half of 2020, the current account deficit narrowed sharply from 5.8 percent of GDP a year earlier to 1.5 percent.

Weaker demand under COVID-19 could adversely affect exports, but on balance, exports should strengthen thanks to policy stability, improvement in ease of doing business, and lagged effects of currency depreciation.

Primarily due to the lower oil price, the current account deficit is projected to narrow further to equal 2.4 percent of GDP in 2021. FDI inflow soared by 62.5 percent year on year in the first half of 2020.

Short-term capital has also poured in rapidly to buy government securities denominated in Pakistan rupees that offer attractive returns. Supported by these flows, international reserves are expected to improve to 2.2 months of import coverage at the end of 2020.