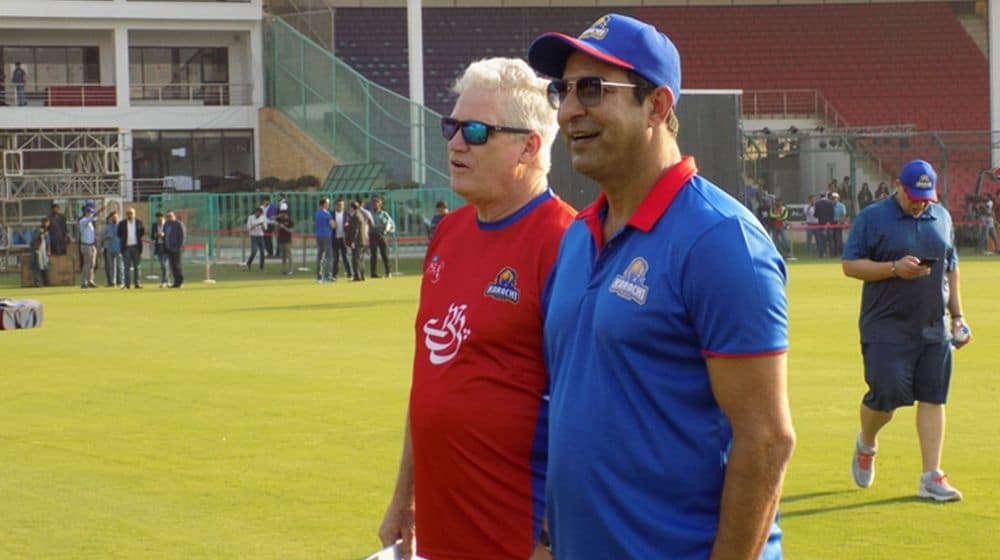 Former Pakistan captain, Wasim Akram, has said that Pakistan is the cricketing equivalent of Brazil in football because of the amount of raw talent the country produces.

The Sultan of Swing claimed this in his YouTube video where he was interviewing Karachi Kings head coach, Dean Jones. The two were talking about the talent that Pakistan cricket continues to churn out. Dean Jones said that Pakistan ‘is the talent factory’.

You’re the talent factory. You’ve got so much talent here, we always say that in Australia, it’s just a matter of how you harness it.

“The Pakistanis to international cricket, you bring different techniques, different attitudes. Fast bowlers like yourself and Imran (Khan) and Waqar (Younis) and co.”, Jones added.

“And, of course … Mushy (Mushtaq Ahmed) and Shoaib Akhtar of course, and everyone else”, Jones continued to give examples of the talented youngsters which kept coming out of Pakistan’s flawed domestic system.

The duo then talked about how Pakistan keeps throwing in teenagers as Jones jokingly asked Wasim whether Naseem Shah was really 16.

To this, Wasim had a witty response:

Lot of people ask me if he’s 16, and I tell them, I’m not his dad, please go and have a look at his birth certificate.

Shane Warne Picks the Best Pakistani Players He Played Against

The former cricketer said that the players don’t get to play for Australia until they are 24-25, however, “we always like to see a young kid take over the world. We always do, particularly your quicks. They’re always great.”