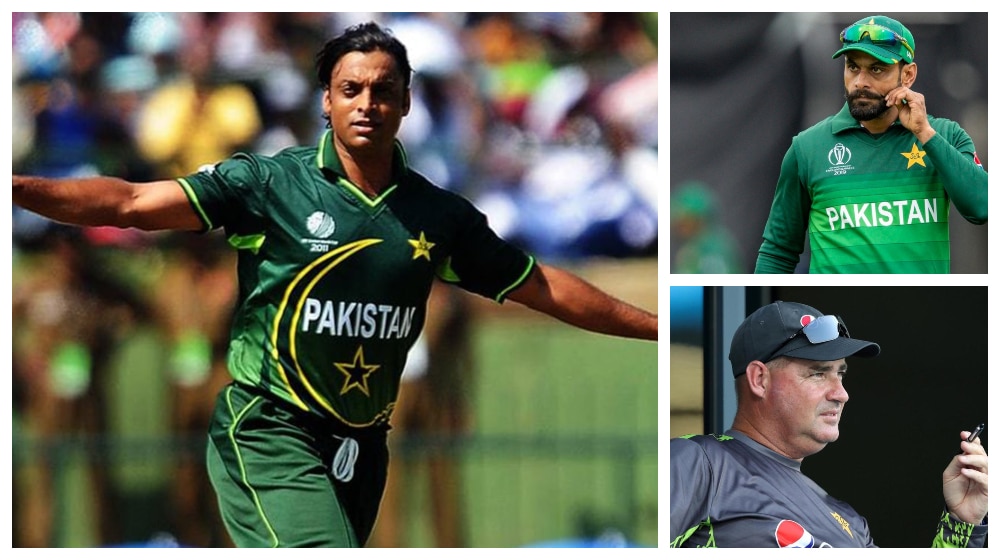 Former Pakistani fast bowler, Shoaib Akhtar has also weighed in on the Hafeez-Arthur spat, saying you cannot question a player’s commitment, especially after he’s served the country for 15 years.

Hafeez is absolutely right about Mickey Arthur having likes and dislikes for certain players.

Earlier, Mohammad Hafeez and Mickey Arthur were in the news for their comments on each other. Hafeez had claimed that the former head coach selected players based on his personal likes and dislikes and promoted favoritism in the team.

Akhtar is seemingly pretty angry at Arthur for his remarks. He said:

Don’t come here and tell me that I am not committed to my country.

Arthur had slammed Hafeez, saying he only liked the players that could win matches for Pakistan and not those who were never willing to come out of their comfort zones.

The Rawalpindi Express has bashed the now Sri Lankan head coach that he has no right to call anyone a traitor.

Arthur saying that Hafeez wasn’t fully committed to Pakistan is a wrong statement. Hafeez has been playing for Pakistan for 15 years and you came to Pakistan for only 15 to 25 months and you have called him a traitor. What right does he have to say that Hafeez is not committed to his country? It takes a lot of hard work and struggles to play 15 years for Pakistan. How can you question those 15 years of commitment through just one statement?

Mickey Arthur Lashes Out at Hafeez After Controversial Allegations

Akhtar further said that Arthur coached for an extra year due to his Champions Trophy win, adding that he was an average coach.

Arthur wasn’t some legend or a high performance coach, he was just ok. He was a good manager. He spent two years of his coaching with Pakistan very cleverly and one year on the back of Champions Trophy win.