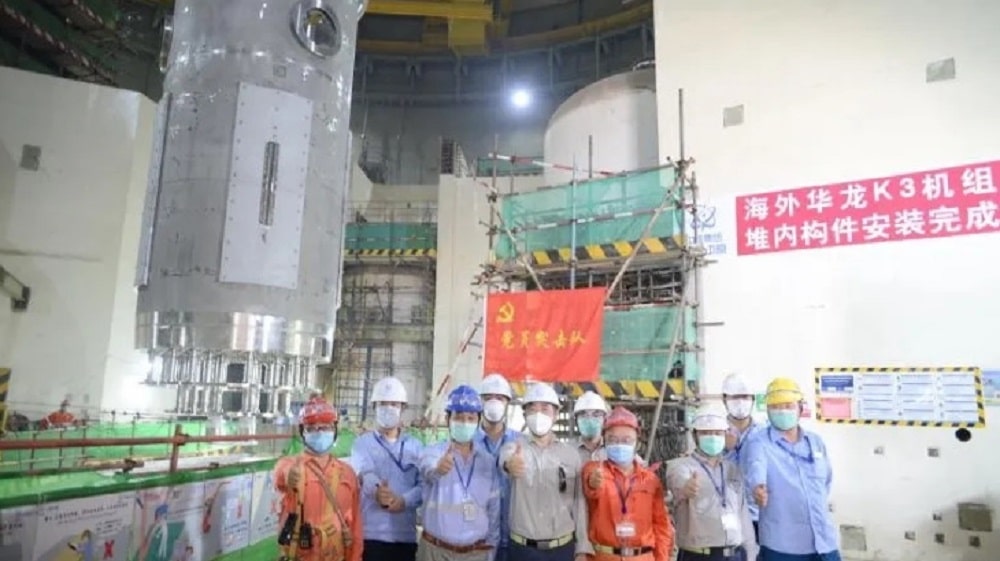 China National Nuclear Corporation (CNNC) has successfully installed the Hualong One reactor internals of the under-construction unit 3 of the Karachi nuclear power plant.

CNNC is building two Hualong One reactors at the site. Reactor internals at unit 2 of the nuclear plant were installed in January 2019.

According to reports, units 2 and 3 will become operational in 2021 and 2022 respectively.

Major Industries to Relocate from China to Pakistan After Coronavirus Outbreak

On April 4, CNNC announced the completion of the installation of reactor internals at unit 3 of Karachi nuclear power plant.

The milestone lays a solid foundation for the subsequent flushing of the unit’s primary circuit and the start of cold tests.

CNNC had started the construction of Hualong One reactors at units 2 and 3 at Karachi in 2015 and 2016 respectively.

China is aiming to increase its presence in the nuclear power sector around the world. It hopes to construct Hualong One reactors in South America and England in the years to come.