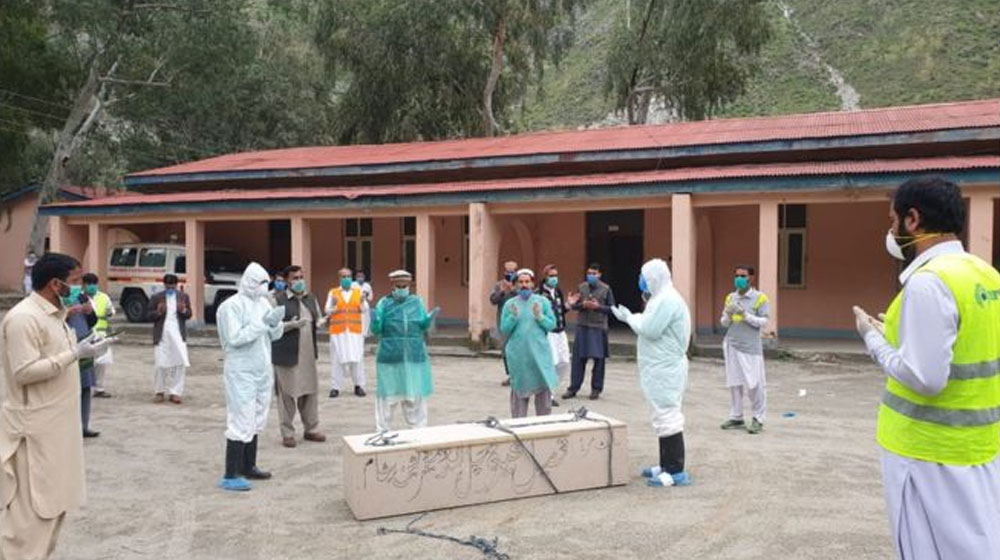 A doctor in Khyber Pakhtunkhwa (KP), Dr. Hafiz Sanaullah, is being hailed as a hero after he bathed a coronavirus patient’s body, led his funeral prayers and burial after religious leaders refused to do so.

In Muslim societies, the responsibility of bathing (Islamic ritual of ghusl) a dead body and leading his funeral prayers lies with religious clerics, but in this case, no one agreed to even come close to the body due to the fear of the virus.

Dr. Sanaullah is treating COVID-19 patients at a government-run hospital in Besham, Shangla district of KP. According to him, the hospital management approached a local cleric for his funeral proceedings, he refused, suggesting the doctor should do that himself.

Dr. Sanaullah said that the patient had come from a far-flung area for treatment. Unfortunately, the person lost the battle, and that he had no choice but to perform his last rituals.

To a question, Dr. Sanaullah said that being a hafiz, he was aware of the procedure, so it wasn’t a problem.

I led the funeral prayers and was joined by local paramedics as well as hospital staffers.

He highlighted that he had attended a UNICEF workshop in the past so he was aware of how to perform the last rites of an infected person.

“After bathing it, I wrapped the body in a plastic sheet and placed it in the coffin, Dr. Sana said,” adding that Dr. Sana said that he himself laid him to the rest.