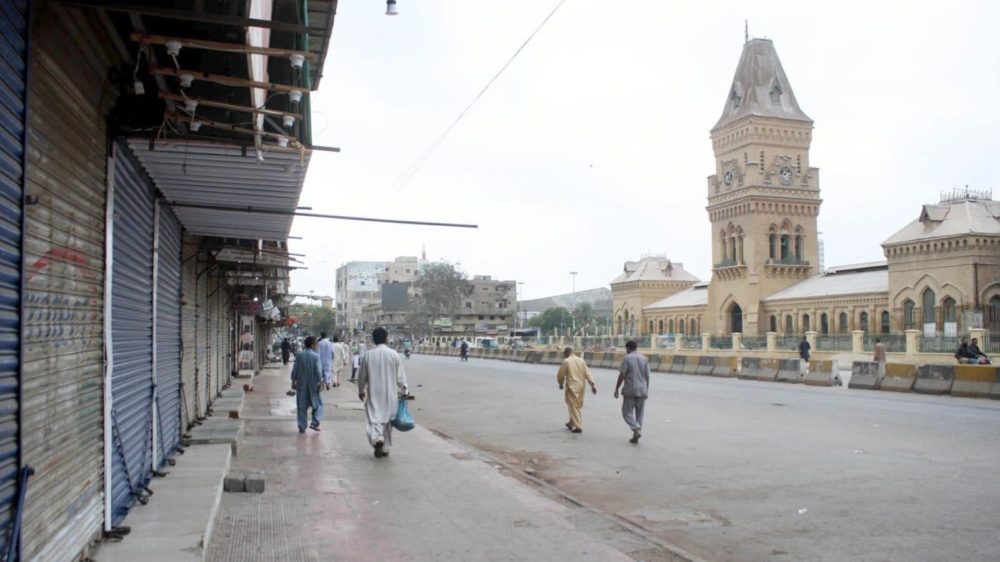 The federal cabinet meeting chaired by the Prime Minister Imran Khan has approved the extension of country-wide lockdown to April 30, media reports claim. The decision is based on data, which suggests a spike in positive coronavirus cases in various parts of the country.

So far, more than 5800 people have tested positive across the country, with Punjab reporting the most, 2815, cases so far. Punjab is also ahead of the rest in terms of testing, conducting up to 5,000 tests on a daily basis.

According to media reports, a summary of the approval has been forwarded to the National Coordination Committee (NCC), for final approval. The committee meeting, to be convened today under PM Khan, will decide whether to endorse the full lockdown or to ease out the restrictions in less-affected areas.

Earlier today, the National Command and Operation Center (NCOC) finalized its recommendations for phase-wise opening of industries and businesses.

NCOC meeting with Federal Minister for Planning, Asad Umar prepared its recommendations to be tabled before the National Coordination Committee when it meets later today.

It suggests that the Interior Ministry should collaborate with religious leaders to formulate guidelines for Ramadan, such as Taraweeh prayers, fasting congregations, Sehri and Iftar, arrangements of Jumma Bazar, Ramadan Bazar, distribution of food items.