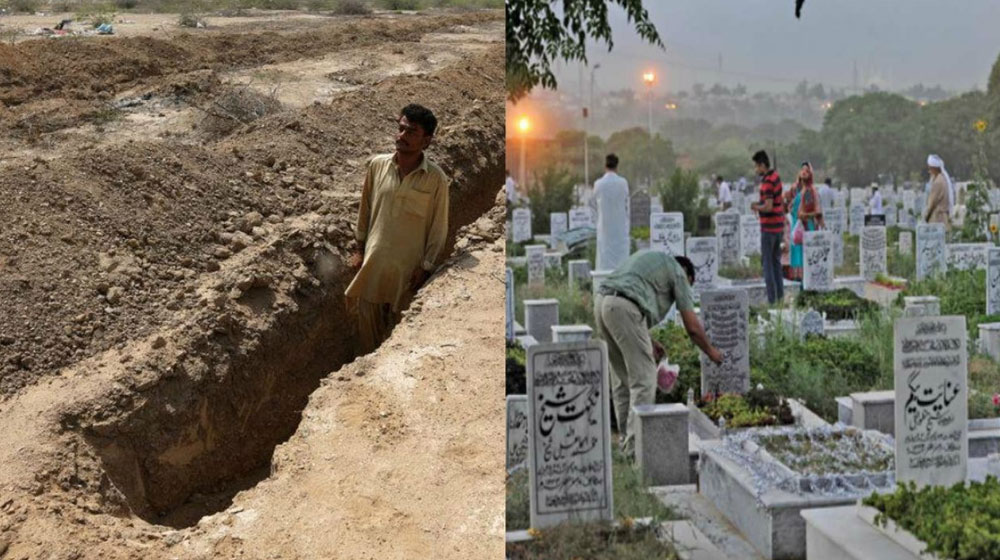 More than 3,200 dead bodies were brought to 30 graveyards of Karachi between February 20 and April 10, ( 50 days), Karachi Metropolitan Corporation (KMC) has revealed.

Data collected from all five districts has revealed that a total of 3,265 bodies were brought to 30 graveyards of the metropolis in the last one and a half months.

However, there was no official confirmation from the authorities and no evidence to establish a direct connection between a sudden spike in deaths and the COVID-19 outbreak.

As per details, as many as 1571 dead bodies were brought in eight cemeteries of the Central district during the 50-day period.

Similarly, 643 bodies were buried in 10 graveyards of district West, while 360 bodies in three cemeteries of district Korangi.

In district East, 142 dead bodies were laid to rest in two cemeteries, whereas, district Malir reported 386 bodies in 7 graveyards, during the said period.

The data has come at a time when there is unrest in the country amid reports of an unusual hike in the death ratio.

Several media outlets have reported citing Edhi foundation sources that they transported nearly 400 dead bodies during the past two weeks in Karachi. The welfare organization usually transfers 80 to 100 dead bodies a month.

The KMC data paints an even grimmer picture. It says that the emergencies of government hospitals in Karachi received nearly 11,000 cases during the first three months of 2020. The fatality rate among those was 1.12 as 121 of them died on arrival.

However, the data does not identify any connection with coronavirus as no dead body was tested for the virus.