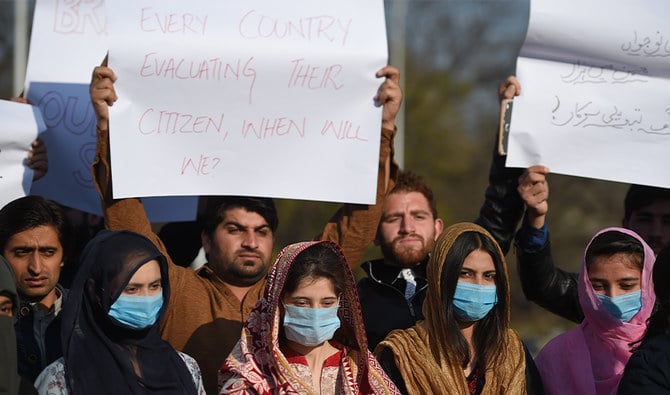 Close to 80,000 Pakistanis stuck in different countries desperately want to come back. These people – who were traveling abroad for reasons ranging from employment, studies, business, and tourism – were left stranded when flight operations abruptly suspended a month ago as Pakistan’s immediate response to limit the Covid-19 spread.

Their numbers swelled with time as the host countries brought in stricter measures forcing hundreds out of jobs, especially in the Middle East where countries like Saudi Arabia, Dubai, and some other parts of the UAE imposed curfews to control the pandemic.

Rendered home-bound, hundreds of daily-wage earning Pakistani expatriates lost employment and were trapped in the Middle Eastern countries where sustenance is very expensive even with regular jobs.

Now that many of them don’t have a source of income, survival is becoming tougher as they can’t return to Pakistan either because air traffic remains suspended.

In this grave situation, the Pakistani foreign missions in various countries are playing a crucial part in helping and repatriating stranded Pakistanis.

In spite of being short-staffed in many instances, these missions are extending full support to Pakistani citizens and doing everything in their capacity to ensure their wellbeing and safe return home. Pakistan has 117 missions in 88 countries.

Since a majority of people who want to come back are from the Middle East – around 30,000 in Saudi Arabia and 40,000 in Dubai alone – Pakistani foreign missions in the region are walking the extra mile to help citizens survive the pandemic and its economic fallout.

The mission in Dubai, for instance, is helping out Pakistanis who have lost their jobs by providing food supplies and temporary lodging facilities. Other missions too are making such arrangements for Pakistani citizens besides regularly coordinating with Pakistan authorities for their repartition.

According to the Ministry of Overseas Pakistanis and Human Resource Development, approximately 8.8 million Pakistanis live abroad, with the vast majority, over 4.7 million, residing in the Middle East.

Foreign remittances move about 6.7 per cent of Pakistan’s GDP. Of the total international remittances Pakistan receives annually, a major chunk is sent by Pakistanis living in the Middle Eastern countries.

Although Pakistan announced special flight operations only days after suspension of international air traffic – on humanitarian grounds – to bring back stranded Pakistanis, and transport citizens of other countries stuck in Pakistan back home, thousands of them still await their turn to head home.

The key blockades include very limited special flight operations and the new govt SOPs for international incoming traffic that mandate every single person arriving in Pakistan to get tested for the virus and spend time in quarantine.

That requires loads of testing kits and daily testing capacity, both of which Pakistan doesn’t have enough of to accommodate larger incoming traffic.

That is the reason why the repatriation process is slow and ‘systematic’, to put it in the words of PM’s aide on National Security Division and Strategic Policy Planning Moeed Yusuf.

“We are trying to increase our quarantine and testing facilities so that we can bring stranded Pakistanis back as soon as possible. Our target is to be able to bring back up to 7,500 people every week,” Yusuf told the media on April 18 while thanking the stranded Pakistanis for their patience.

As flight operations, both international and domestic, remain suspended for another two weeks, a new schedule for special Pakistan International Airlines (PIA) flights was also announced on Saturday to bring back stranded Pakistanis from various countries.

These flights were to operate between April 18 and 20 from Islamabad, Karachi, Lahore, Multan, Faisalabad and Peshawar. Passengers are being brought back from the UK, UAE, and Malaysia through nearly 16 special flights.

Moreover, through charter Qatar Airways flights, about 2,500 British citizens stranded in Pakistan were to be flown back to the United Kingdom.

Ramping up the repatriation drive, the govt on Sunday announced that it would evacuate about 6,500 Pakistani citizens from different global locations between April 20 and April 28 using a mix of airlines besides PIA.