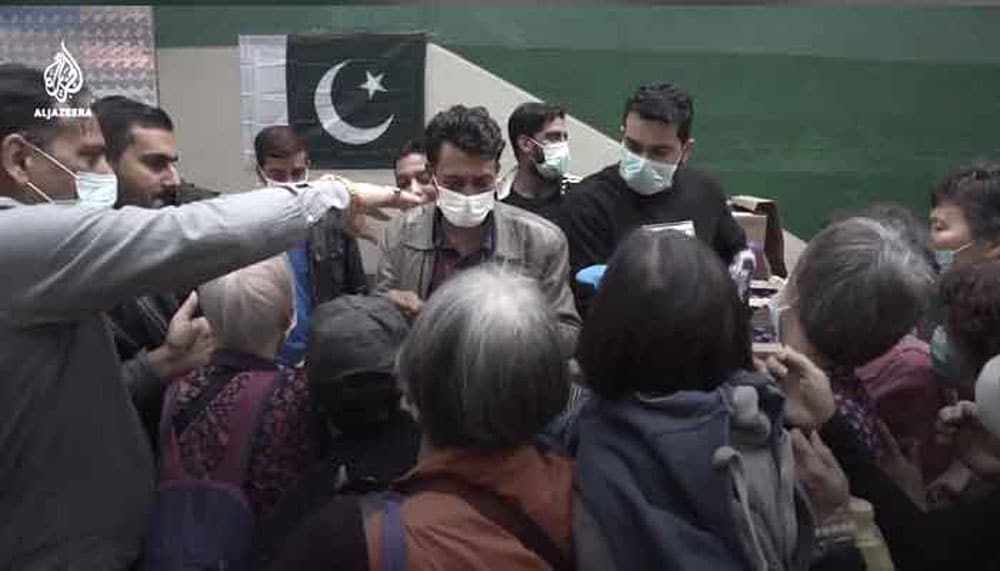 Pakistan yesterday reported 796 new coronavirus cases, or close to 10% increase in COVID-19 patients in just 24 hours, taking the toll to 9,216 in the country. Of new cases, almost two third or 474 cases were reported from Punjab only, while Sindh reported 227 new cases on April 20th, 2020.

Number of quarantined patients (at home or elsewhere other than hospitals) reached 4,515, from 4,056 from a day ago.

The overall situation seems bleak and it is feared that number of new cases and deaths will spike in coming weeks. Prime Minister of Pakistan has also warned that May will be tough and Pakistan’s number could peak around May 20 to May 25th.

With lock-downs being relaxed and holy month of Ramzan approaching, situation is feared to worsen for Pakistan, that had somewhat contained the spread of virus during first two months of its emergence on Feb 26th, 2020. 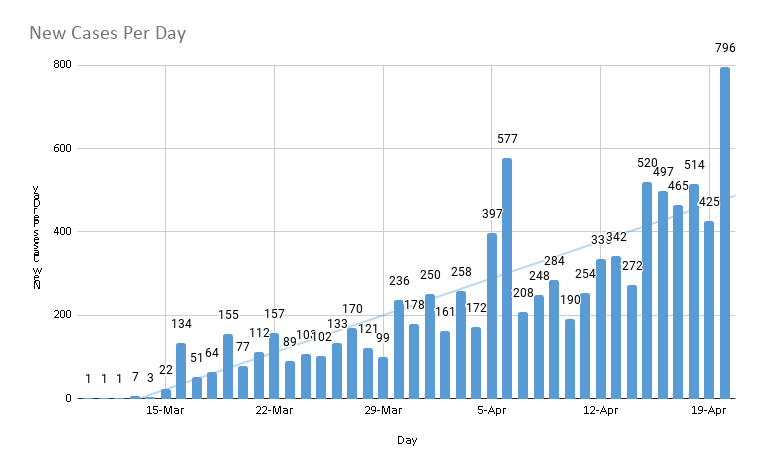 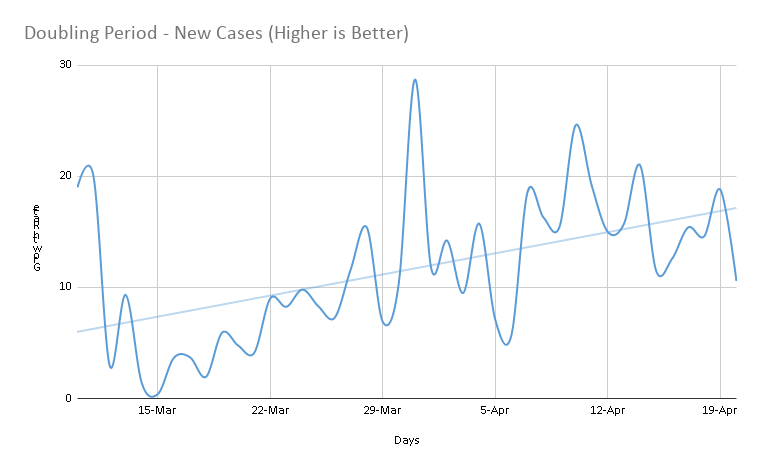 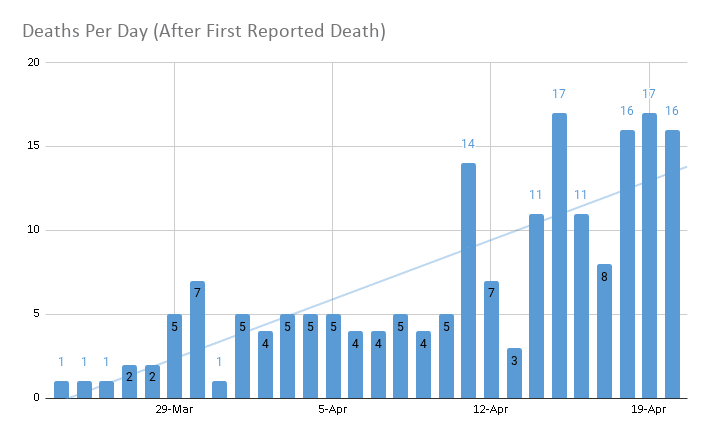 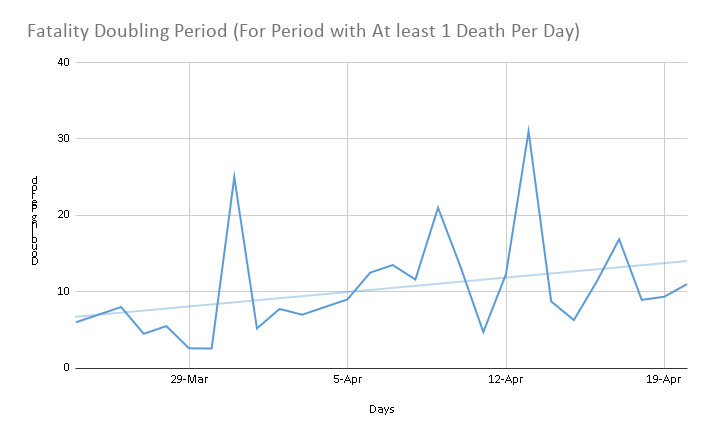 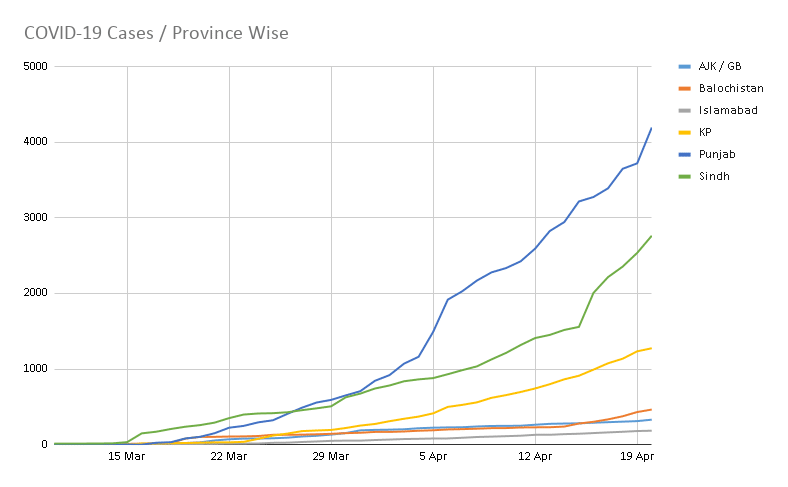 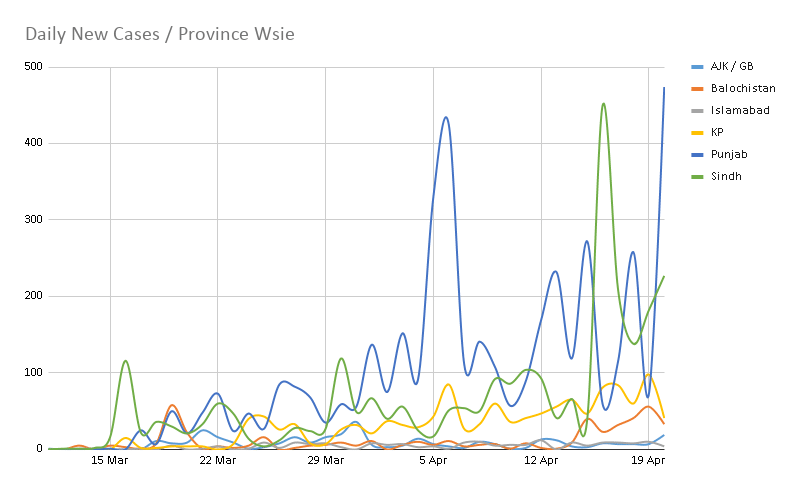 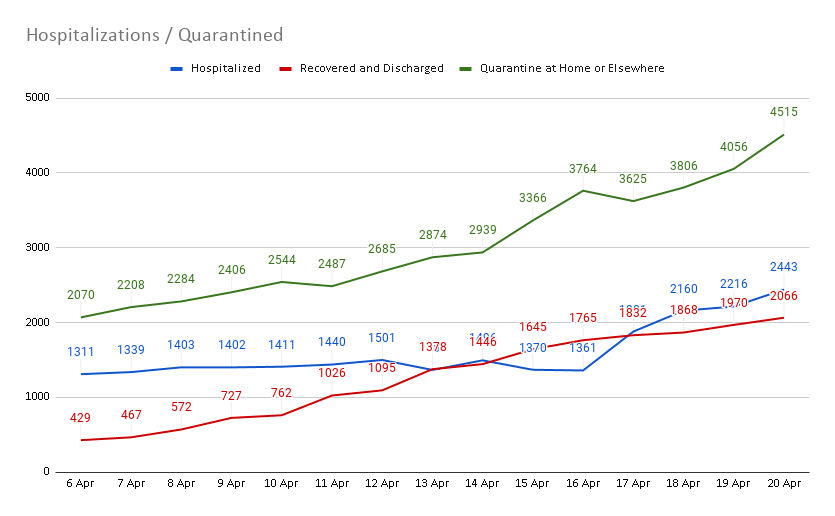 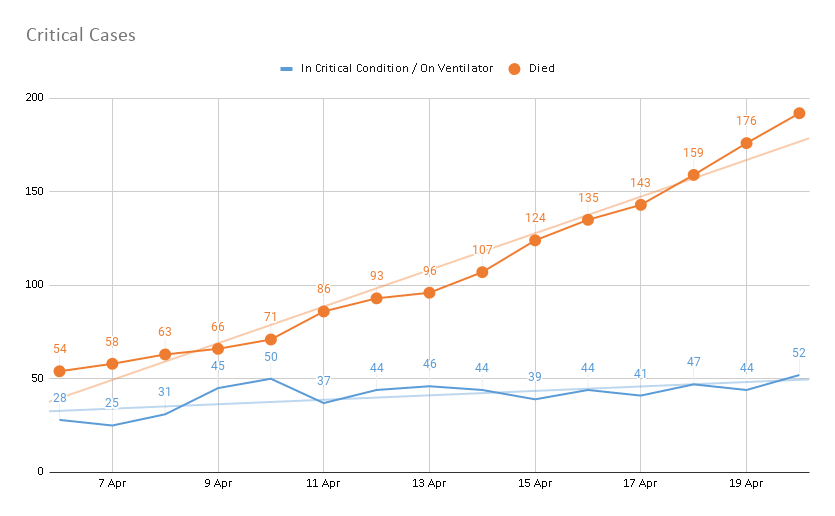 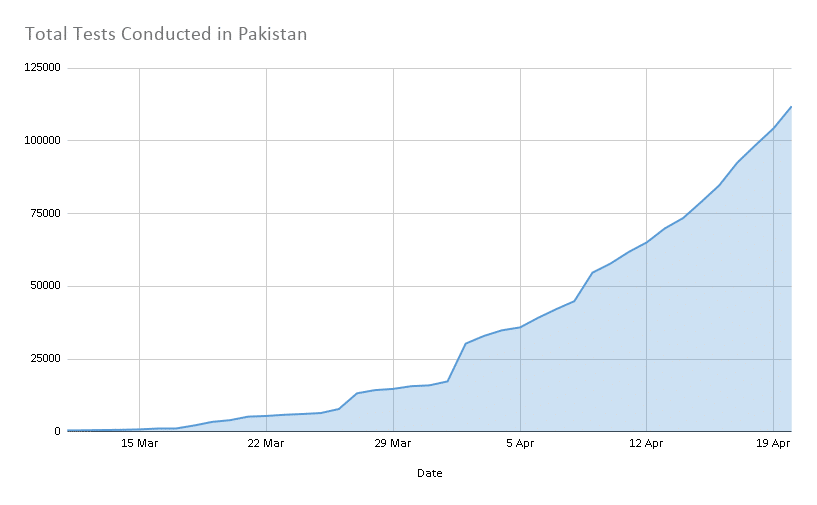 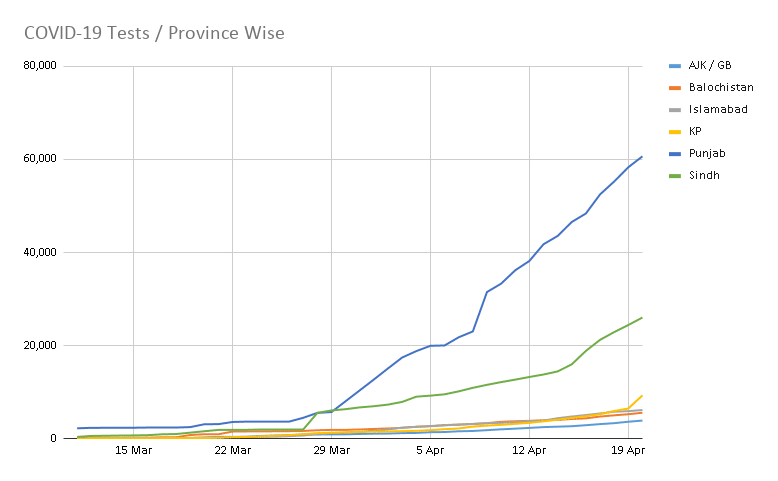 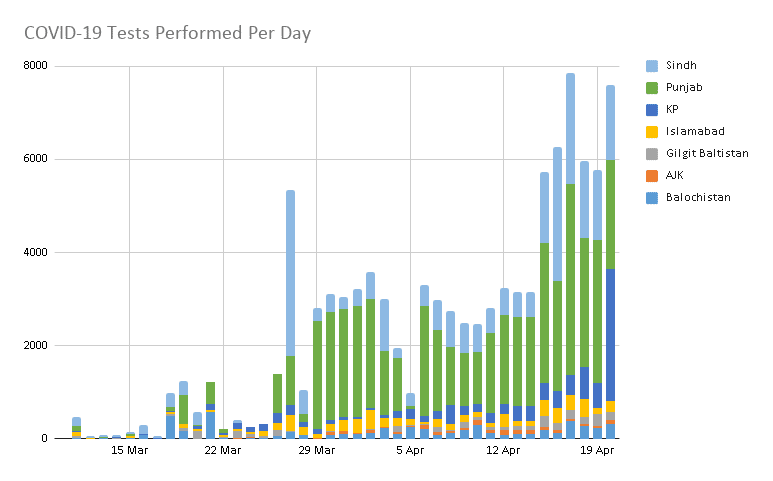