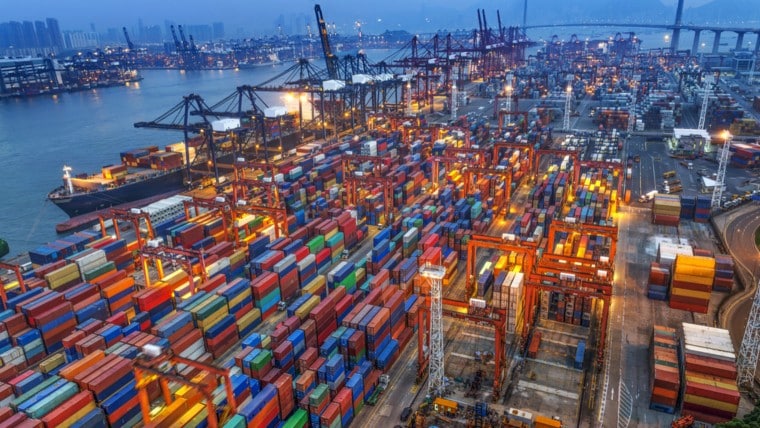 Pakistan’s exports plummeted during April on the back of the coronavirus pandemic, which forced businesses to suspend their operations due to the low demand and disruption in supply chains.

Exports witnessed a massive decline of 47.24% in April 2020, with their value dropping from $1.81 billion in the previous month to $957 million, according to the Pakistan Bureau of Statistics.

Talking to ProPakistani, Dr. Aadil Nakhoda, an economist and Assistant Professor at IBA, Karachi, said that exports plunged 50% in terms of value, while the impact on imports is lower.

First things first, the lockdown in Pakistan seems to have an abrupt impact on exports as export orders and transactions seem to be severely disrupted. This shock is highlighted by the fact that several factories came to a grinding halt in March and April 2020.

Dr. Aadil said that this itself is a production shock rather than an export shock. On the other hand, the import side may not have been as impacted because retail sales of essential items (food, grocery) as well as oil seem to have continued even during the lockdown, he added.

The import adjustment had taken place much before the crisis when the govt tackled the Balance of Payment crisis. Therefore, the impact on it was relatively limited as imports of non-essential goods had already been curtailed to an extent.

It was also noted that exporters had to hold on to their consignments after receiving cancellation or deferment messages from their buyers.

Exporters Need to Be Extremely Versatile

When asked about the outlook, Dr. Aadil said that it is very difficult to predict the outcome as it will depend on how the government brings effective policies to ensure that the effect is mitigated. He emphasized that there are too many factors to take into account.

However, Dr Aadil said that he would focus on the fact that exporters need to be extremely versatile, seek good market intelligence and grab opportunities that come their way.

For instance, soap and detergent manufacturers can take advantage of demand for their products.

A.A.H Soomro, managing director at Khadim Ali Shah Bukhari Securities said there is a universal lock down across the globe and thus, the decline in exports was also imminent. Nonetheless, we should see gradual recovery from May.

The government has also decided to allow export of textile masks, sanitizers and rice.

Zubair Motiwala, Chairman Council of All Pakistan Textile Associations, by the end of the last month confirmed that exporters are receiving orders for anti-bacterial and anti-fungus cloth, pillow covers, medical gowns, towel, bedsheets, and masks.

Abdul Razak Dawood, Adviser to Prime Minister of Pakistan for Commerce and Investment, said that the novel coronavirus has changed the world as we know it. “The pandemic is a golden opportunity to pursue a Make In Pakistan Policy”, he added.

“Under the circumstances, the need of the hour is a policy whereby we do not import, but make products in Pakistan,” said Dawood.