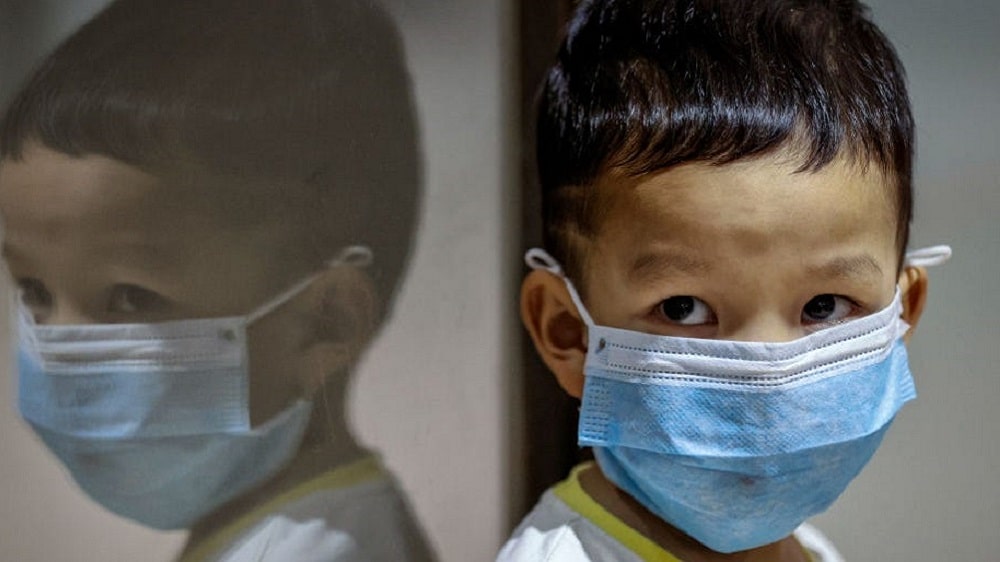 Half of the deaths or 20 fatalities were recorded in Punjab only while Sindh and KP reported 11 and 9 fatalities respectively. It must be noted here that off all the new deaths yesterday, only 14 patients were on ventilator — indicating that more and more patients without ventilator are dying, a pattern which was previously not seen.

Total number of new Coronavirus cases rose by 1,049 in 24 hours with 10,178 tests done during the reported period. Half of the tests were done in Punjab only.

Number of hospitalized patients reached 4,405, of which 163 patients are in critical condition while 40 another are on ventilator; indicating that fatalities could remain high during next couple of days as well. 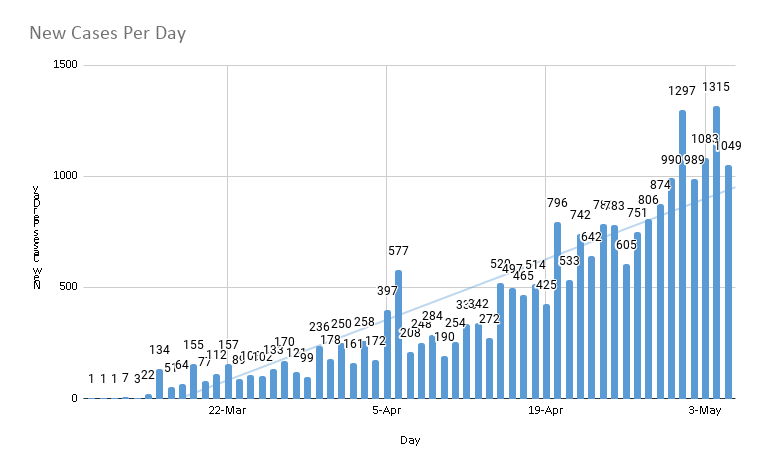 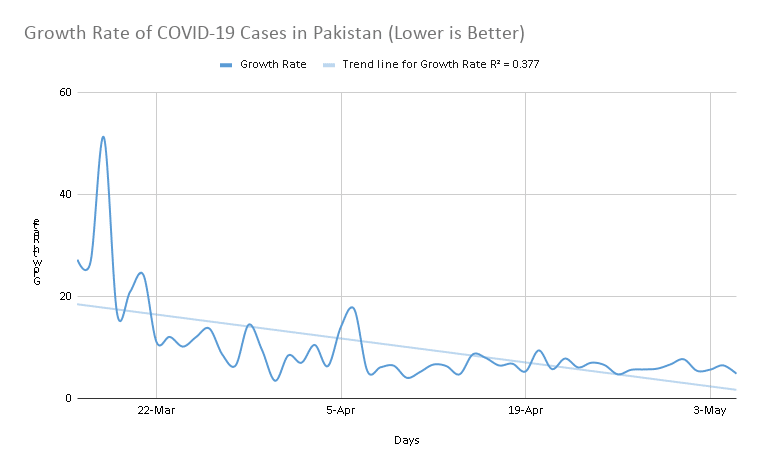 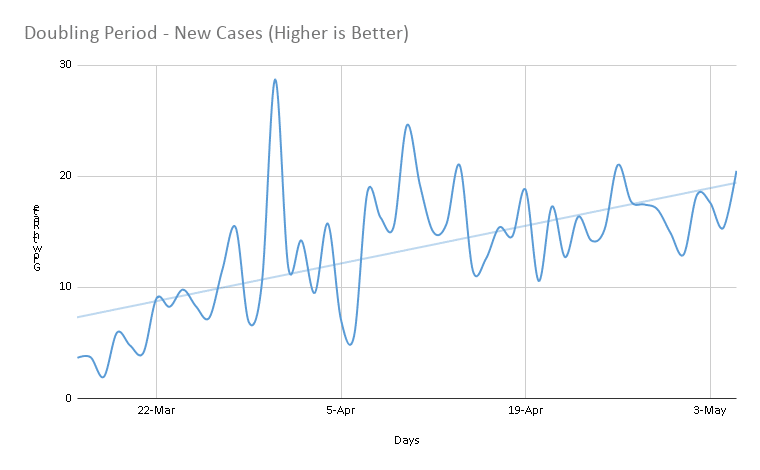 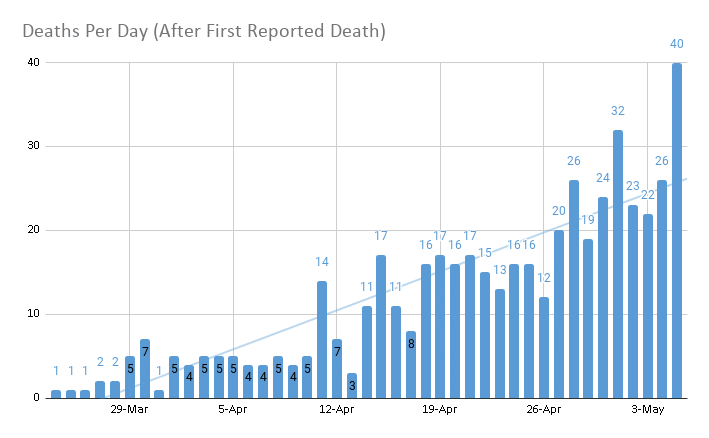 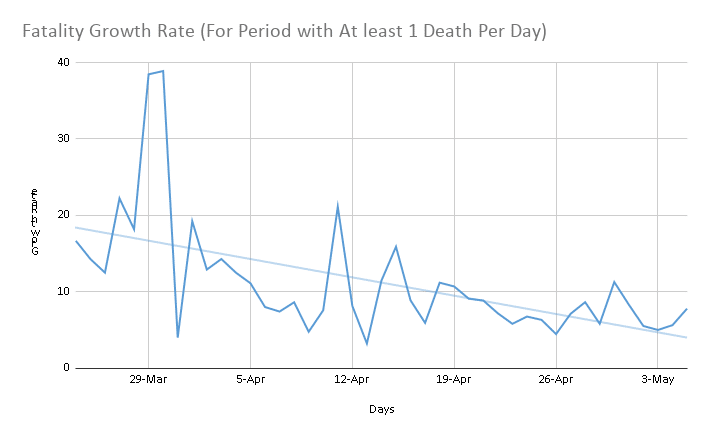 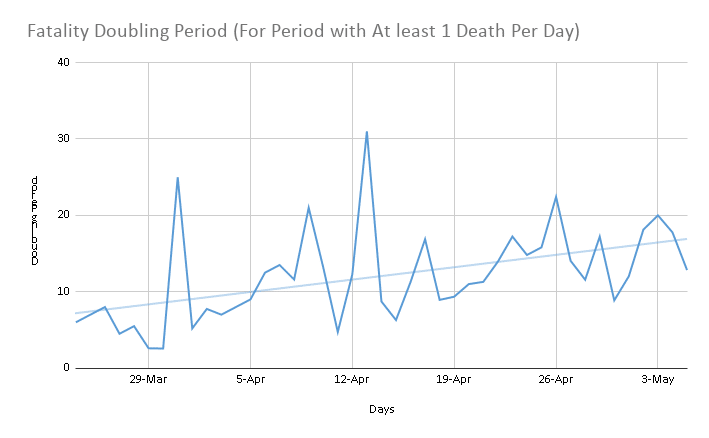 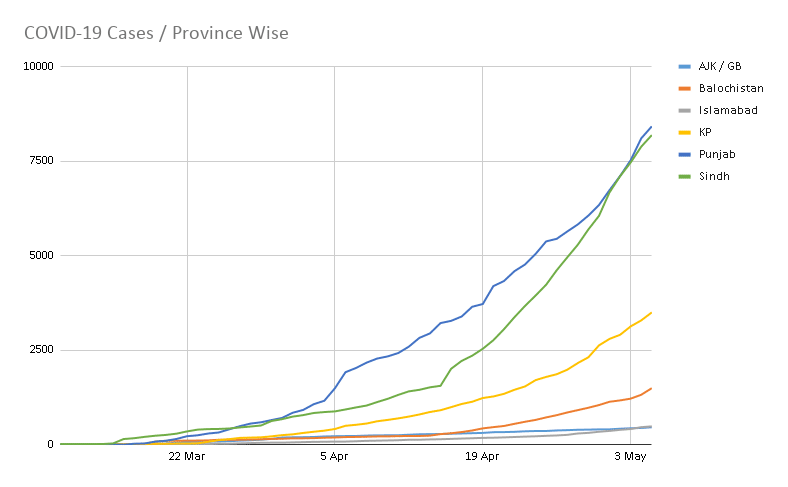 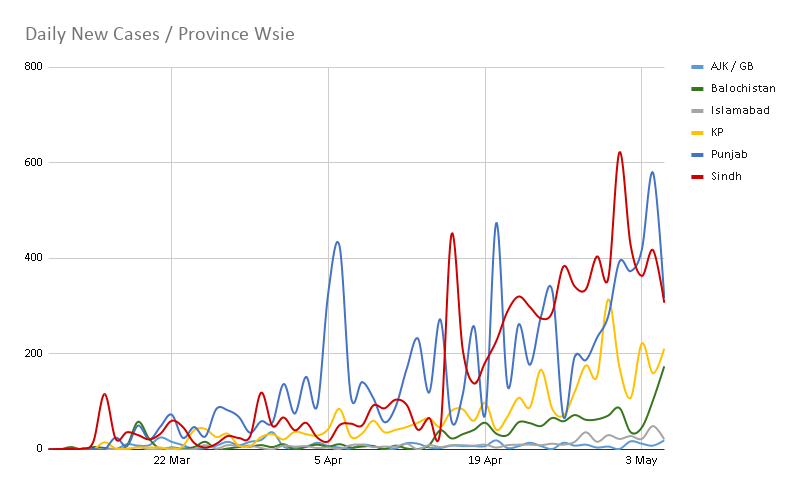 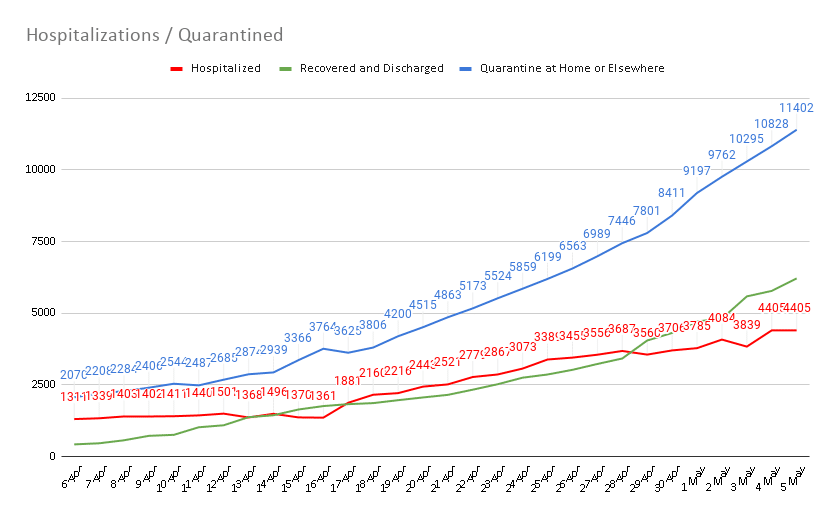 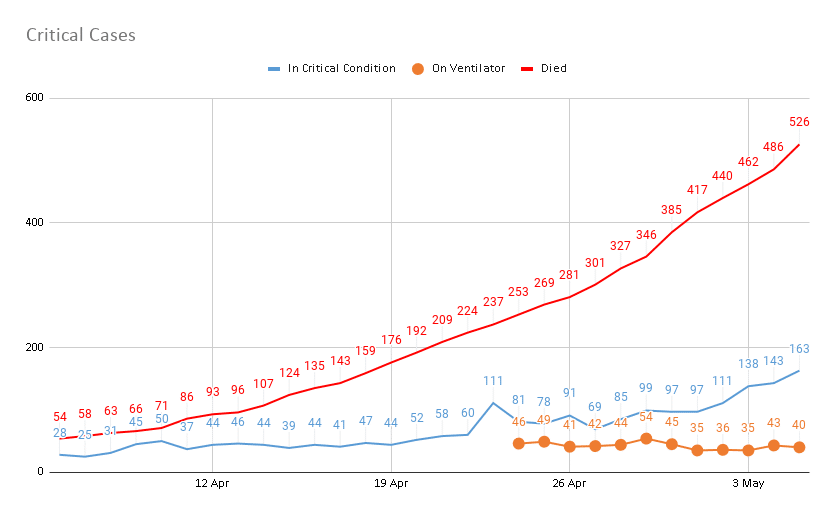 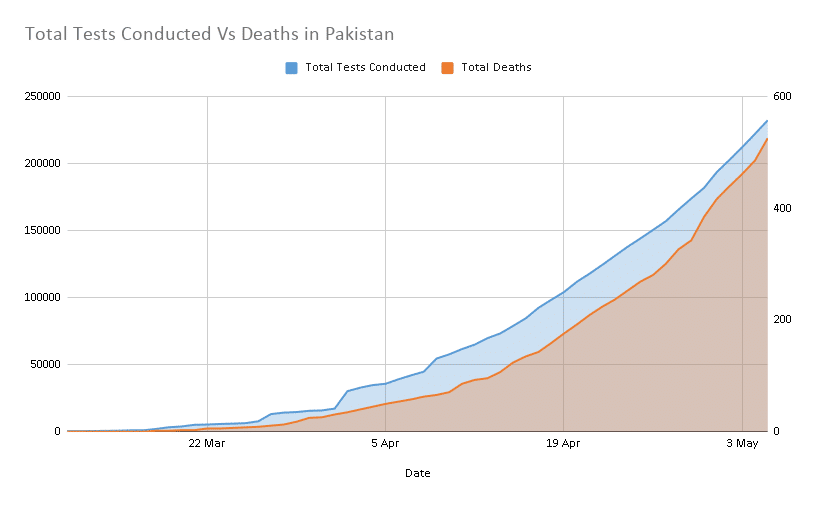 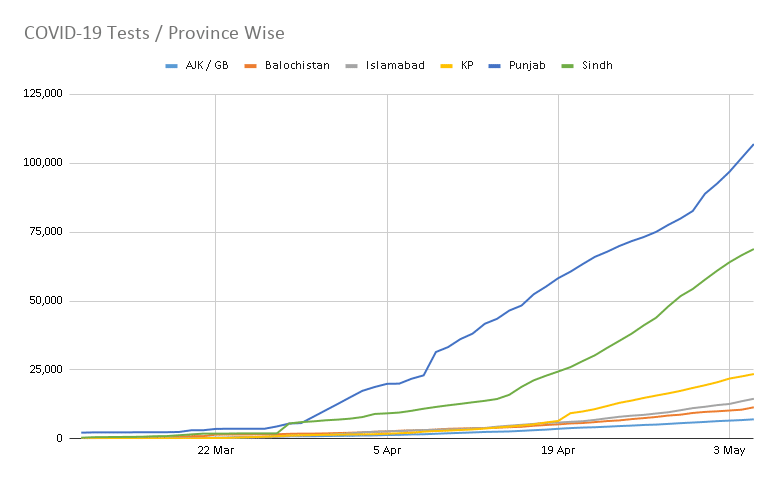 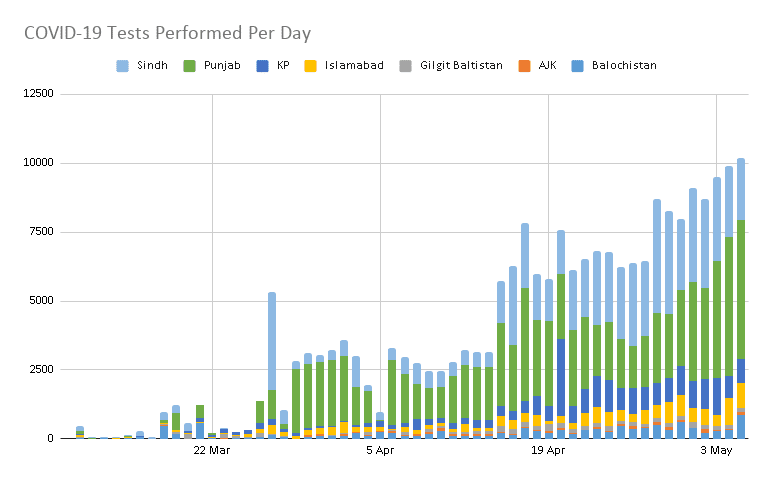