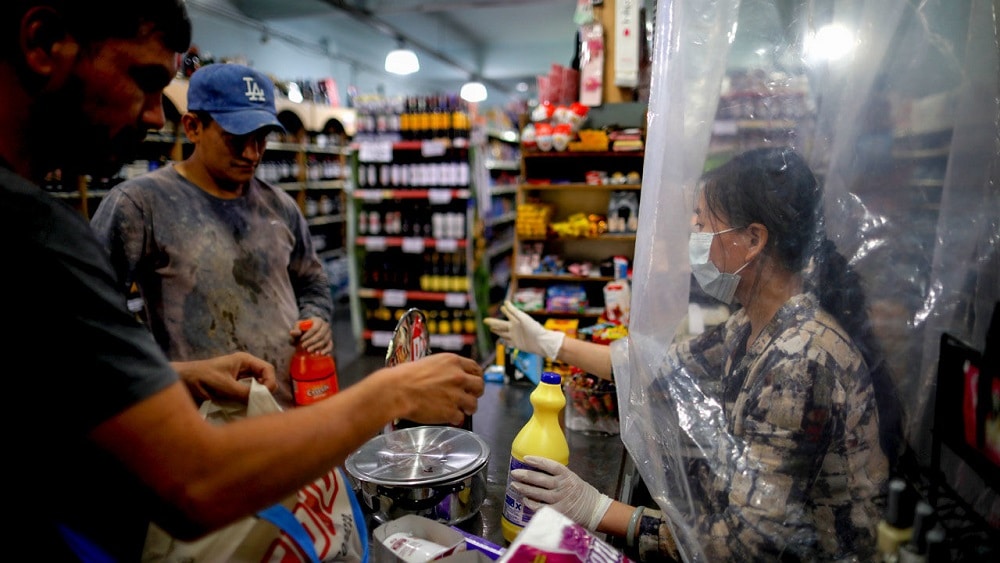 Pakistan rebounded after recording 40 and 38 deaths in two consecutive days as it reported 24 deaths during past 24 hours. Pakistan reported a total of 1,637 new cases during the reported time.

Sindh reported highest number of daily increase with 598 new cases, after it achieved 5,000 mark of daily tests that it conducted yesterday. Punjab added 438 new cases while KP recorded 371 new cases to its tally.

Total number of tests done in a day reached 13,000 with Sindh and Punjab both having touched 5,000 tests in a day mark.

More in below graph and tables: 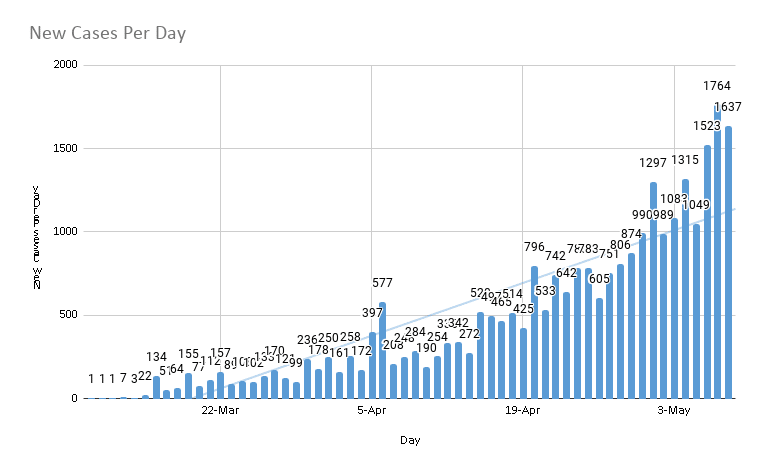 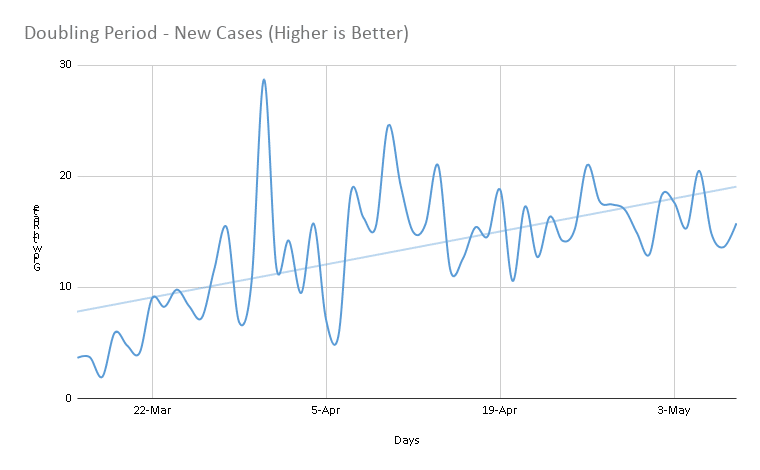 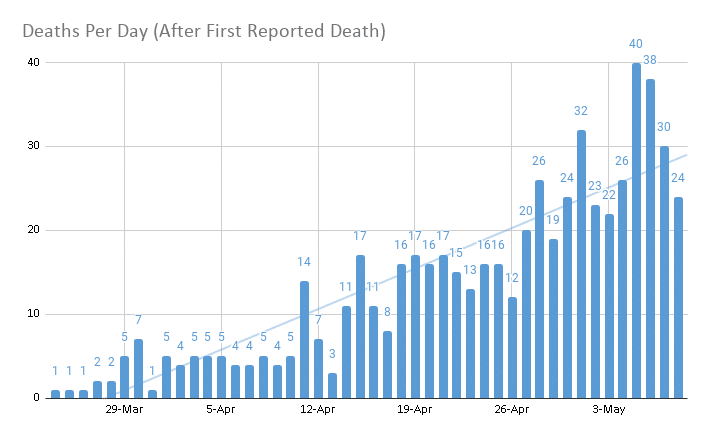 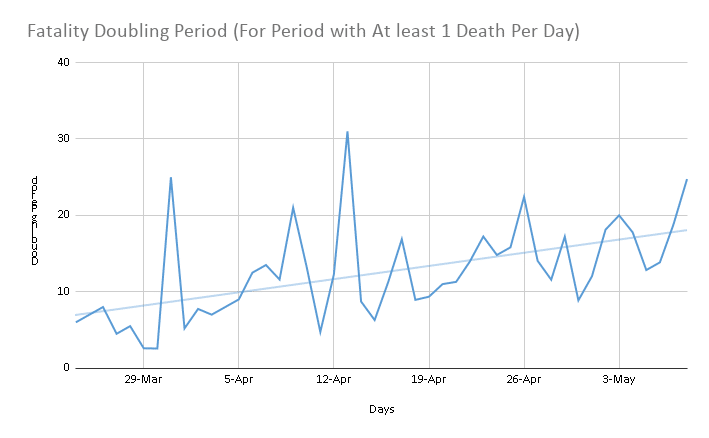 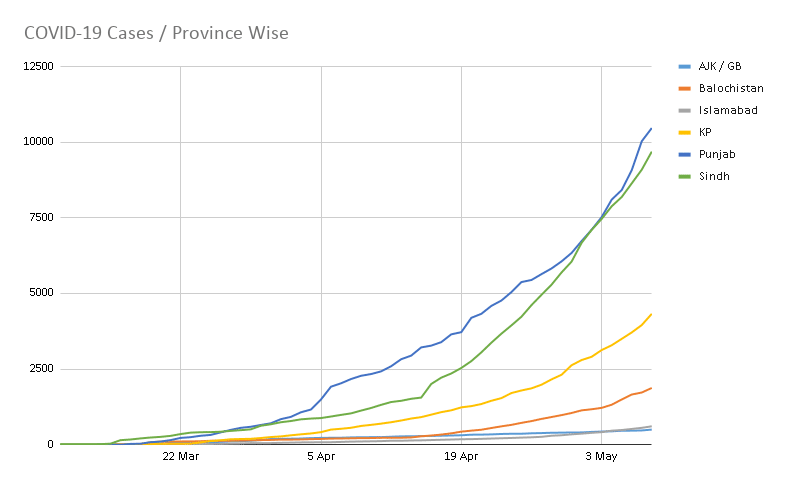 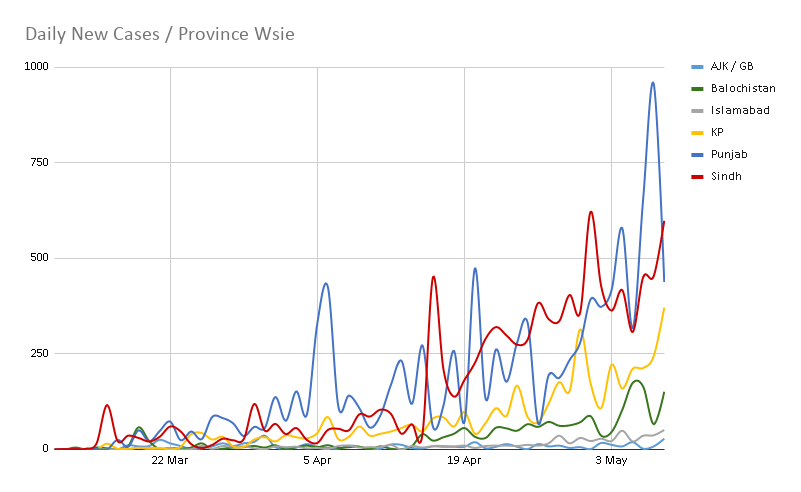 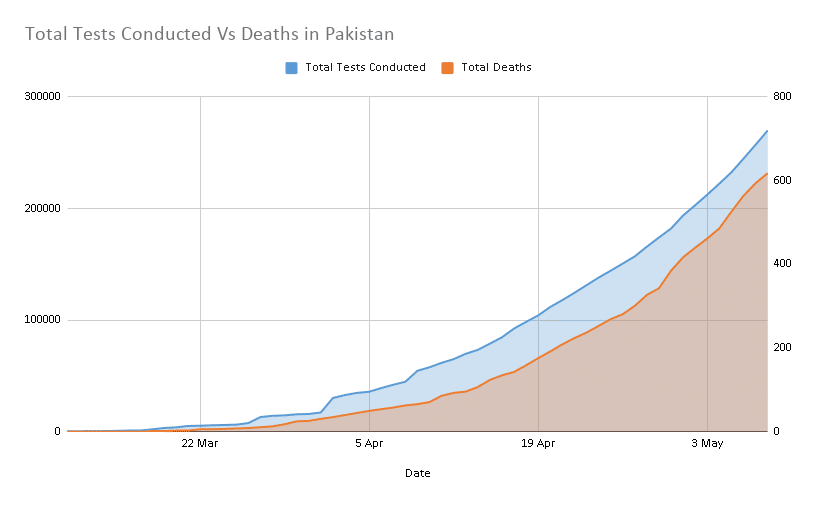 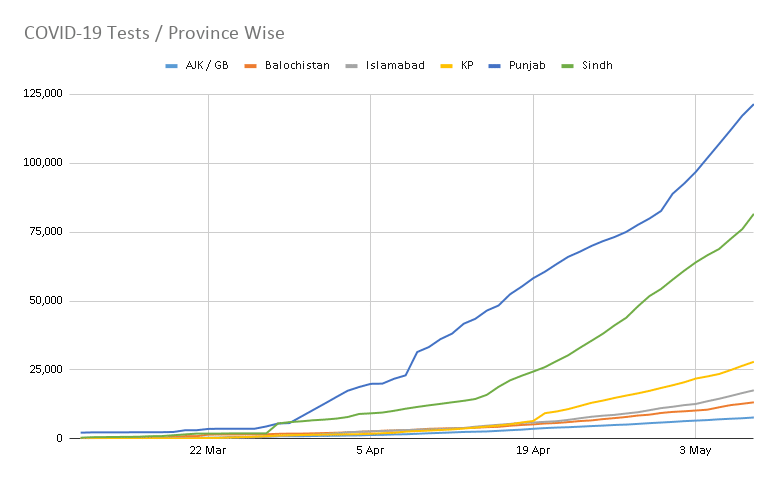 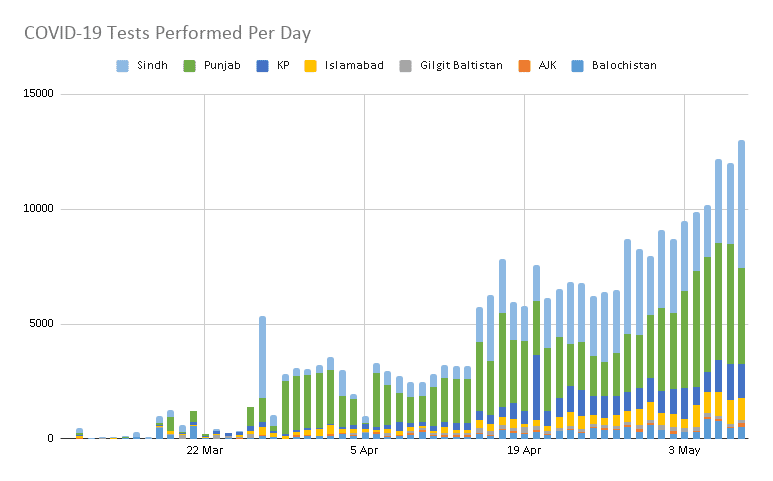 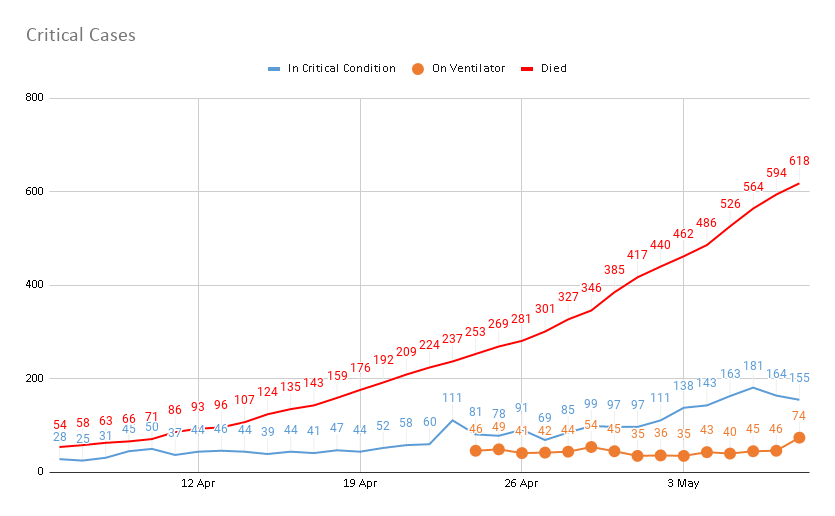 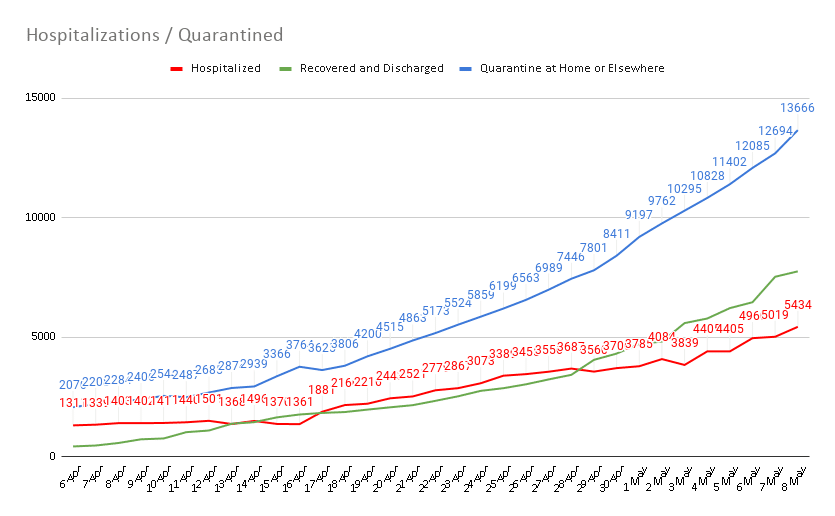