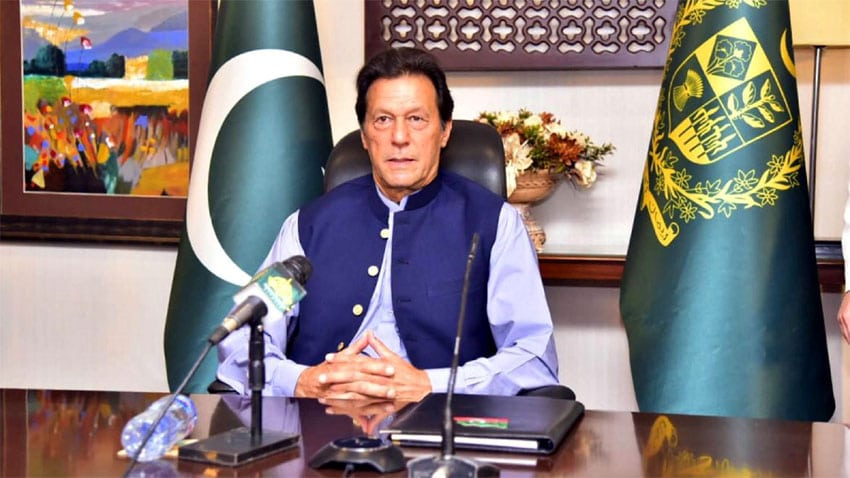 Prime Minister Imran Khan has stressed coordinated and cooperative efforts at the global level to overcome the challenge of the Covid-19 pandemic.

The response has to be global. There has to be a way of picking up countries that are struggling right now, especially in the developing world.

G20 countries have come up with a debt relief program but more work needs to be done on that. Debt servicing in developing countries contracts the fiscal space which is needed to equip under-resourced health sectors in such countries, said the Prime Minister.

Speaking at the COVID Action Platform of the World Economic Forum (WEF) via a video link, the prime minister said that Pakistan and other regional countries’ experience was different from the Western countries’ as unlike the West speed of spread was less but the developing countries were also facing the challenge of poverty along with the coronavirus.

He said the speed at which the Covid-19 spread in Europe and the United States was not anticipated by the rest of the world. Imran said, “We have seen rising cases in Pakistan but we have not reached the peak so far. But on the other hand we also have to mitigate the risks of lockdown in this rising poverty.”

The Prime Minister said we are facing twin challenges of stemming the growth of the virus by lockdown and how to mitigate its effects on our population due to rising poverty.

Unless we open up our economy, we have millions facing starvation.

That was the straightforward assessment of Pakistani Prime Minister Imran Khan on the impact of COVID-19.

In Pakistan, we have 25 million workers who are either [on] daily wages or get paid weekly or are self-employed. When we locked down, like the whole of the world, to stop the spread of the virus, all these people became unemployed. When we’re talking about 25 million workers, you’re talking about 25 million families and it has affected almost 120-150 million people…unless the men and women work, they cannot feed their families.

Imran Khan said in order to reduce their sufferings, Pakistan started a cash transfer program and reached out to 15 million families. He said that despite the rising cases in the country, we decided to relax the lockdown and open some industries in order to help people earn their living.

The Prime Minister said we also organized a volunteer force that will assist the government by sensitizing people and helping them in social distancing and other measures, and also help in the distribution of relief goods.

Imran Khan said we were facing a tough economic situation and worked hard to reduce our current account deficit by taking a number of measures. Pakistan is seeing a decline in foreign remittances and slow growth.

“The coming year is not just a challenge for Pakistan but for the world. There has to be more interaction between the couturiers in dealing with this challenge so far.

He said the pandemic has reduced the fiscal space of all countries and put additional strain on existing health facilities.

Imran Khan said Pakistan needs help in the field of health to tackle the issue.

“What the developing world needs is fiscal space so that in these challenging times they can invest in their health sector because healthcare systems all over the world are what’s in direct line of fire of this pandemic,” he added.

Earlier, the forum was apprised that 17 out of 20 countries with cases of Covid-19 are emerging economies. It was informed that the global economy is anticipated to contract 5 percent.