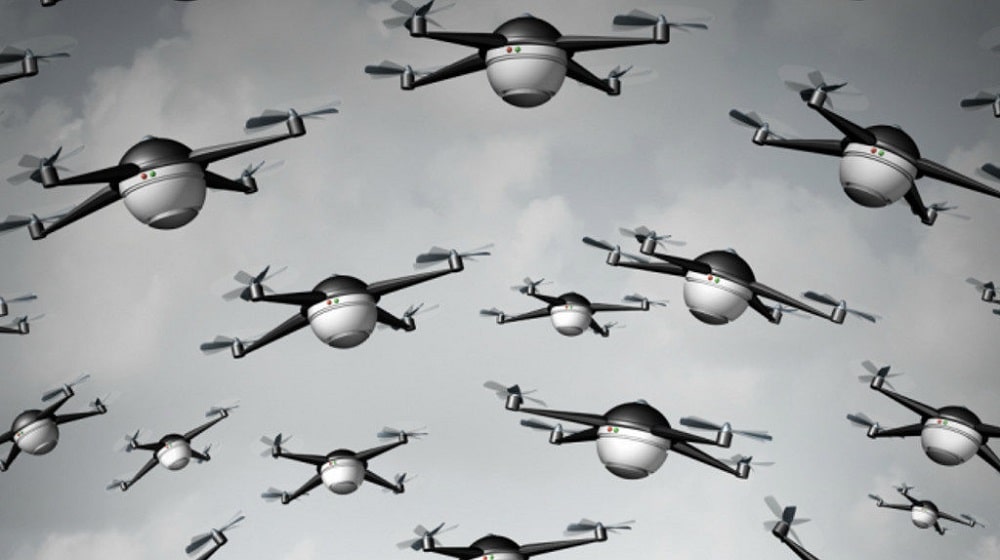 Zak Kallenborn, an expert in unmanned systems and Weapons of Mass Destruction (WMD), has argued that some drone swarms of the US Army count as WMD as they are capable of inflicting damage on a large scale.

While the current US Army’s drones such as MQ-9 Reaper are controlled remotely by a pilot flying the drone and a payload operator aiming and launching the missile, US Army’s drones in the future will have more autonomy during flying and fighting with little human supervision.

U.S. Army has long been working on a lethal drone swarm which Zak has termed as Armed, Fully-Autonomous Drone Swarm (AFADS).

Once launched, AFADS will locate and engage targets without zero human oversight. Zak terms AFADS as a WMD because of the degree of destruction it can cause without distinguishing between civilians and military targets.

In 2017, Slaughterbots had also released a viral video aimed at awareness against the autonomous weapons of the future.

Although Slaughterbots’ video was fictional, US Army is working on a Cluster UAS Smart Munition for Missile Deployment project that will serve as a real-world AFADS.

Under the cluster project, the US Army is developing a missile warhead that could launch a drone swarm to locate and destroy targets with Explosively Formed Penetrators (EFPs). The cluster project will emulate the function of the existing CBU-105 bomb, a 454 kg bomb that releases 40 sub-munitions to scan and fire EFPs at a target.

Here is an image from 2003 which shows the CBU-105 bomb dropped from B-52 bombers annihilating an entire Iraqi tank column. 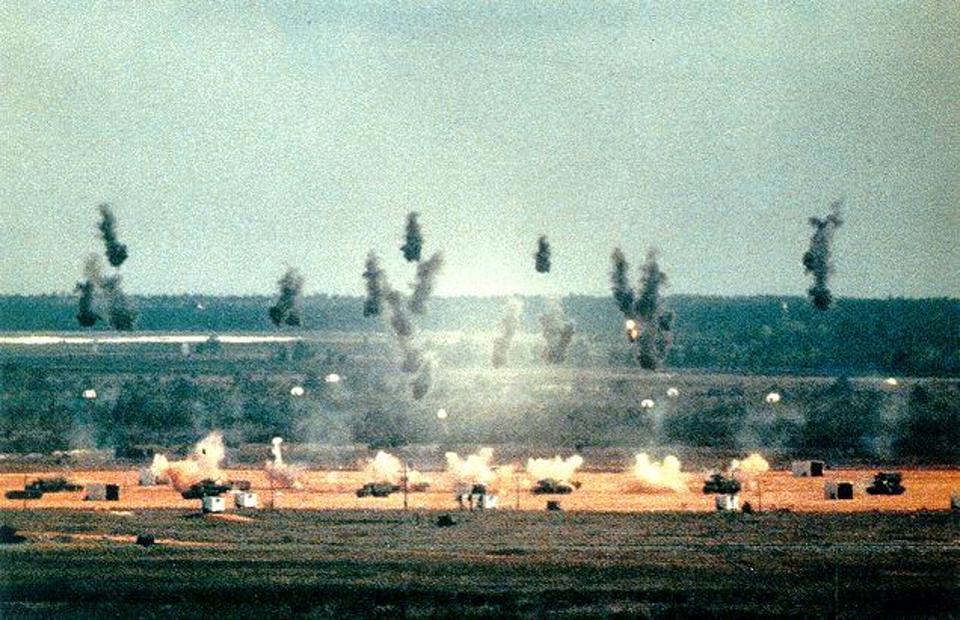 Originally, the US Army had planned to disperse quadcopter drones encased in an aerodynamic shell from the payloads of GMLRS rockets and ATACMS missiles. However, the task proved too much as the US Army has now adopted a different approach.

The US Army has reportedly employed the services of AVID LLC, a company that built the famous T-Hawk drone powered by ducted fans inside the fuselage and capable of taking off vertically. AVID LLC has also developed the EDF-8 drone, an electrically-powered ducted-fan drone able to carry a 0.5 kg payload over 1 km.

AVID LLC, however, hasn’t released any details on the drones developed under the cluster project.

If the US Army manages to fit EFP warheads similar to existing weapons in the cluster drones swarm, it could successfully obliterate an entire armored division within minutes.

Wondering how? A single MLRS vehicle fires 12 missiles in one go. Each MLRS missile can enclose 10 drones, meaning 120 drones can be launched from one MLRS vehicle. 9 MLRS vehicles would be able to deliver more than 1000 killer drones in an instant enough to annihilate an entire armored division.