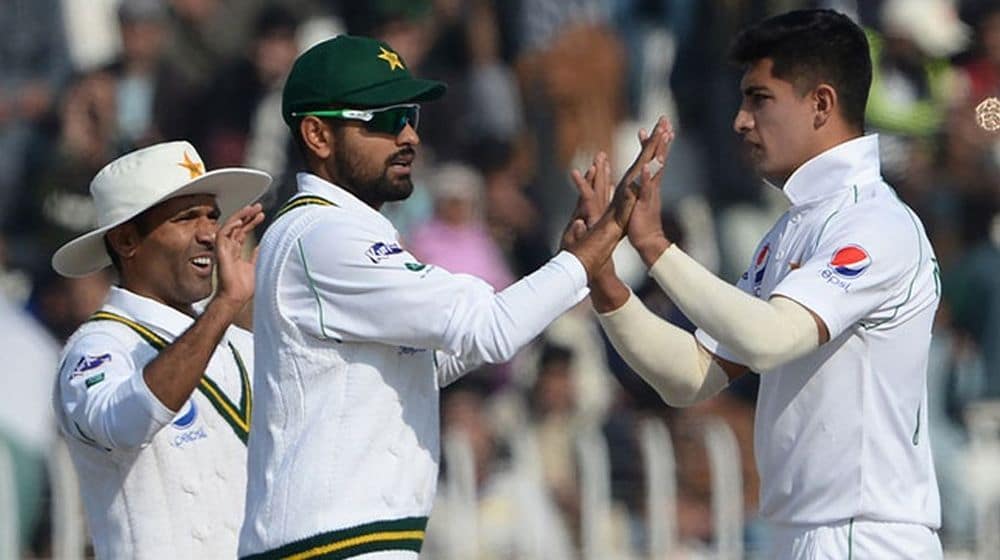 With cases increasing rapidly in Pakistan, it is now more important than ever to follow social distancing protocols, however, star cricketers are oblivious of the fact that a very important series is only a couple of months away.

Limited overs captain, Babar Azam, Imam-ul-Haq, and Naseem Shah have been found to be violating the COVID-19 SOPs as they were seen practicing at a local cricket ground without any precautions.

Both the International Cricket Council (ICC) and Pakistan Cricket Board (PCB)  have directed the cricketers to strictly adhere to safety measures to ensure their wellbeing. The cricket board has also decided to conduct the training camp directly after the team lands in England to avoid any health issues for the players in Pakistan.

Here’s the Tentative Schedule of Pakistan’s Tour to England

Not just this, the PCB is trying to start the tour earlier so that the players can get enough time to practice and acclimatize to the conditions after a lengthy break due to COVID-19. Pakistani cricketers last played a professional game in the PSL which was in February-March.

Here’s a video of the players violating the SOPs:

The PCB has principally agreed to tour England after approval from the government. Wasim Khan, the PCB CEO, earlier said that they will not compromise on player safety and the players have also been given an option to opt-out of the tour if they don’t feel safe.

It is highly unprofessional on part of the players especially considering they are the key players for the Pakistan cricket team. If any player gets down with COVID-19, it will be a big blow for the team and it will result in stricter SOPs from the governing bodies or even a complete ban on the game for an indefinite period.