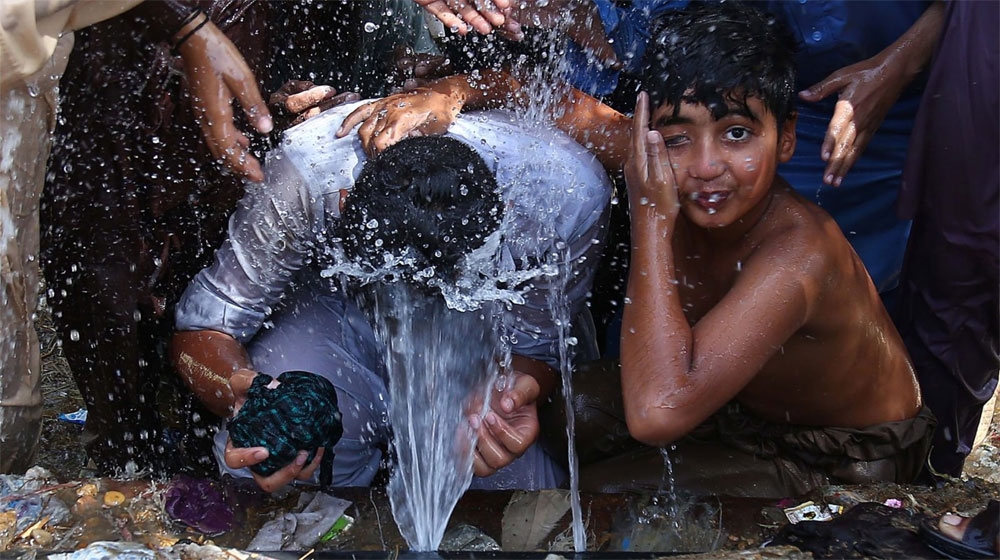 The Meteorological Department has predicted that the low atmospheric pressure in the Arabian Sea will trigger a heatwave in Karachi starting from Monday, which will continue for two days.

The temperature will likely shoot up to 40 degrees Celsius on Monday and Tuesday before returning to normal on Wednesday, the Chief Meteorologist Sardar Sarfaraz added.

On Sunday the highest temperature was recorded at 38.2 degrees and the lowest at 29.5 degrees.

In 2015, the country was hit by a severe heatwave resulting in the deaths of more than 2000 people from dehydration and heatstroke. Most of them were the citizens of Karachi.

Since then, authorities are predicting the changing temperature earlier and taking precautionary measures to minimize the effects of the heatwave.

The Sindh government has also launched a public awareness campaign so that the affectees are treated properly.