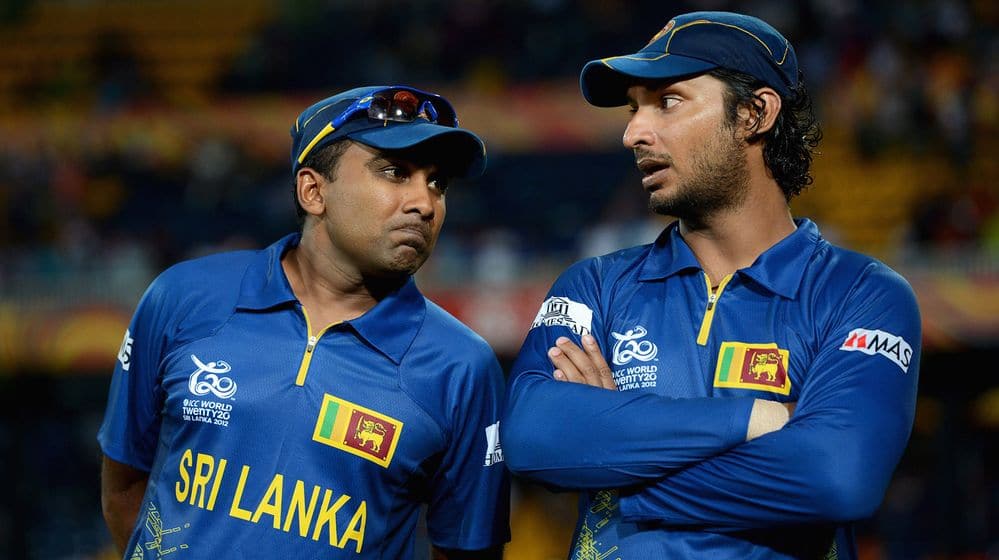 Responding to the allegations of match-fixing leveled by Sports Minister, Mahindananda Aluthgamage, two former captains and part of the final’s playing XI, Mahela Jayewardene and Kumar Sangakkara, have questioned the timing of the claim.

Legendary batsman, Mahela Jayawardena, has said that the circus has started once again as the elections draw near. He has also asked the now Minister for Energy and Power to come up with evidence and name the players involved in match-fixing.

Is the elections around the corner 🤔Looks like the circus has started 🤡 names and evidence? #SLpolitics #ICC https://t.co/bA4FxdqXhu

Kumar Sangakkara, who was the captain of the team that lost the final, also took to Twitter, urging the minister to take the evidence to the ICC.

He needs to take his “evidence” to the ICC and the Anti corruption and Security Unit so the claims can be investigated throughly https://t.co/51w2J5Jtpc

Earlier, Mahindananda Aluthgamage had alleged that Sri Lanka sold the World Cup 2011 final to India. “I tell you today that we sold the 2011 World Cup finals. Even when I was a sports minister I believed this”, he said while talking to a local channel.

In 2011, we were to win, but we sold the match. I feel I can talk about it now. I am not connecting players, but some sections were involved.

Winning captain of the 1996 World Cup, Arjuna Ranatunga, had also said something similar a few years ago, calling for an investigation into the matter.

Both Jayawardena (103*) and Sangakkara (48) did the bulk of the scoring for Sri Lanka as they posted 274/6 in their 50 overs. India chased down the target with 6 wickets in hand to clinch their second World Cup title.