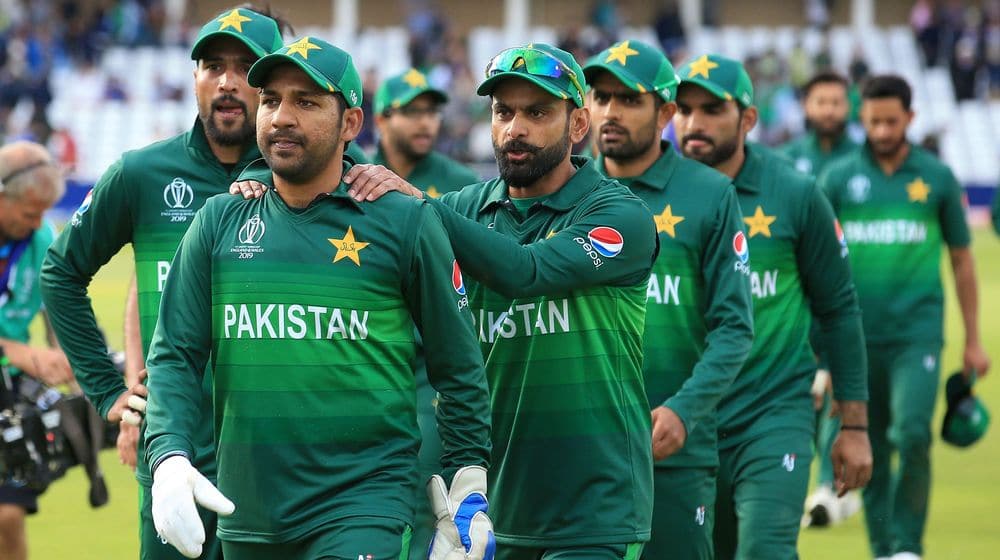 Pakistan cricket team has suffered a huge blow right before its departure for England as 10 players of the 29-member squad have tested positive for COVID-19.

The test results of 23 players came out on Tuesday as 7 of them were COVID-19 positive, taking the total tally to 10. Surprisingly, almost all the cricketers are asymptomatic. Here’s a list of all the players that have contracted the virus.

The Pakistan Cricket Board (PCB) has advised the cricketers to undergo self-isolation for a period of 14 days meaning that they won’t fly with the team on 28th June. The squad has already been reduced to 19 players and this has also raised plenty of doubts regarding whether the tour will go ahead as planned or not.

Shoaib Malik and Waqar Younis are yet to undergo coronavirus tests as well.

Not just the PCB, but the England Cricket Board (ECB) will also be monitoring the situation closely as Pakistan’s coronavirus tally crossed 188,000 with over 3,700 deaths.

Head Coach and Chief Selector, Misbah-ul-Haq, had said that an extended squad of 29 will help the team with practice matches before the series in England. Pakistani cricketers last played competitive cricket back in February-March in the PSL 5 and there has been no training camp since then due to COVID-19.

As per the SOPs, the players will only be allowed to join the team in England following two consecutive negative tests with additional tests to be conducted later in the week before the team’s departure on Sunday.

As of now, the PCB hasn’t announced any replacement and it looks unlikely that there will be changes to the squad. The players who have tested positive will join the team later on, provided they recover fully and display full fitness before departure. The main reason behind this is that Pakistan is landing almost 5-6 weeks early in the UK to account for a mandatory 14-days quarantine and a training camp before the series starts in August.

With almost everything finalized, the positive tests have dealt a major blow to PCB’s plans. The 29-man squad was a combined one for both Tests and T20Is as the Men in Green are scheduled to play three matches each in both series.

While we all have plenty of questions and doubts around the future of the series, ECB’s Managing Director of Men’s Cricket, Ashley Giles, has said that the series is not in doubt at the moment. He said this after three members of the team tested positive, however, he also said that even a number of other tests come positive – and they have – the series will still be on.

Giles was of the view that the series is quite a long way away and Pakistan will have a full-strength team against England in August-September.

It is a concern – and we are most concerned about the welfare of those players who have tested positive. At the moment, I don’t think the series is in doubt. We are far enough away from the start of the Test series to be too worried and we are still hopeful the Pakistan team will be arriving in the country fairly soon.

The former left-arm spinner also said that while there are more important things than sports at the moment, resumption of cricket can be the morale booster everyone needs right now.

This is such a global and far-reaching issue and is affecting everyone and there are far more important things going on than sport. But we are hopeful that if we can get international sport on it will be a fillip for people around the world.

Pakistan team will train and play in a bio-secure environment in England and they will not be allowed to get in contact with anyone else outside of the team.