Pakistan yesterday reported 2,165 new coronavirus cases in the country with around 21K tests across all regions. Test to positive case ratio has now dropped down to around 10%, which once used to be around 25%.

Punjab’s seven day rolling average has come down to 635 per day, down from 1,048 new cases per day a week ago. That’s almost 40% reduction in new cases.

A total of 172,810 patients have recovered from the disease, which is almost 67.6% of the total positive cases.

More in below tables and graphs: 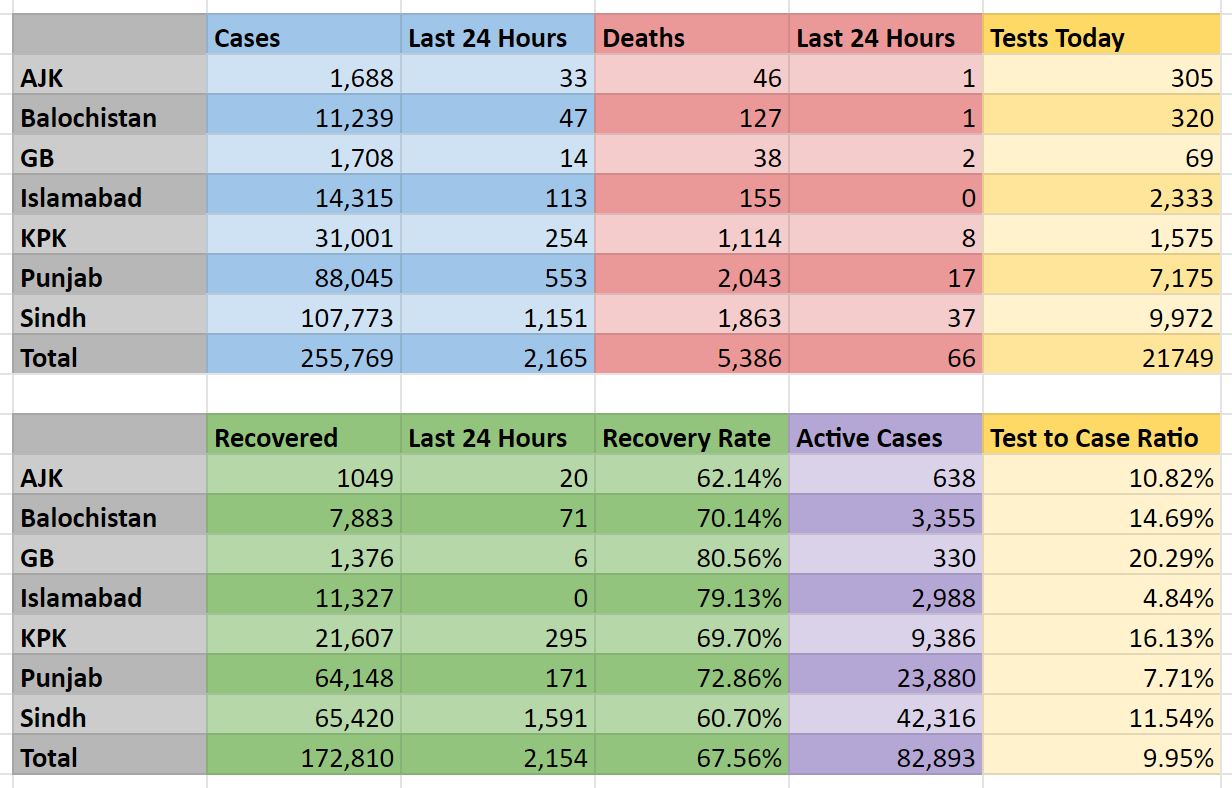 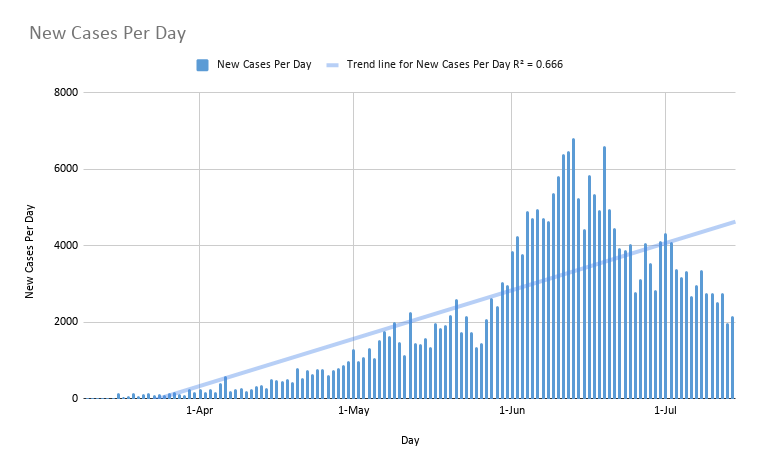 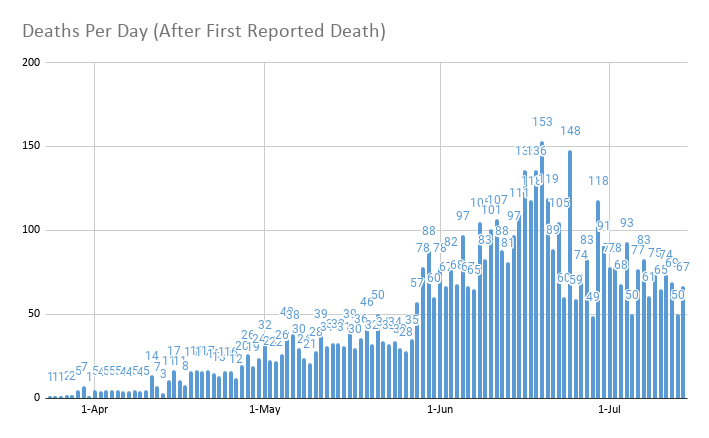 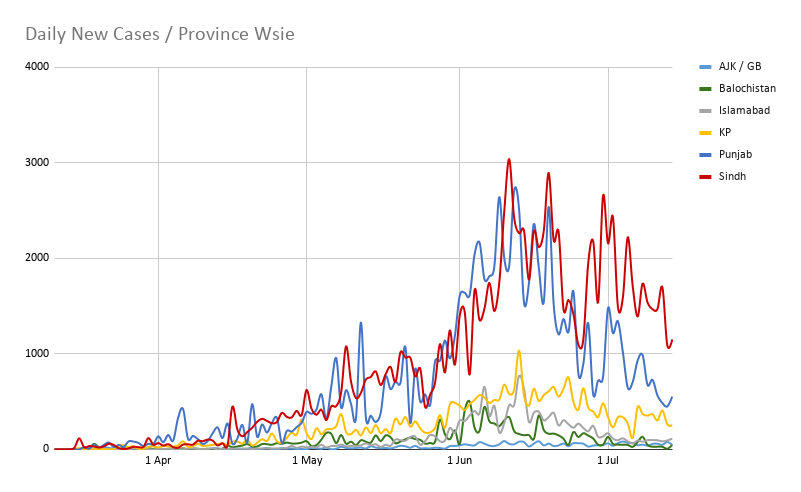 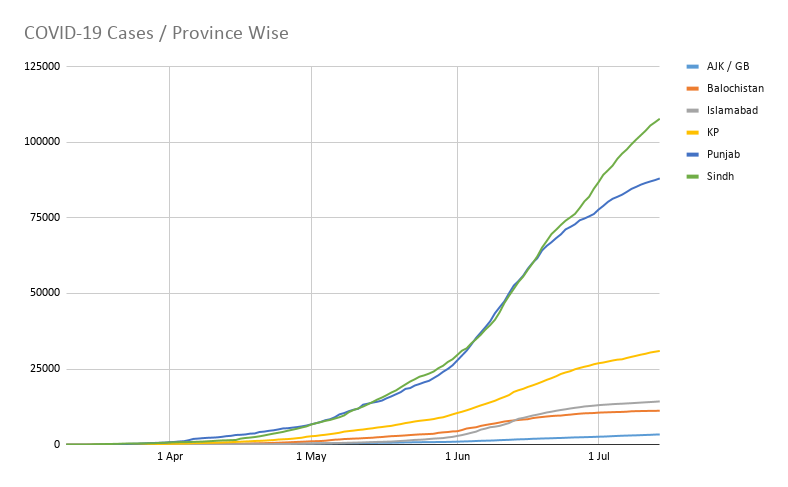 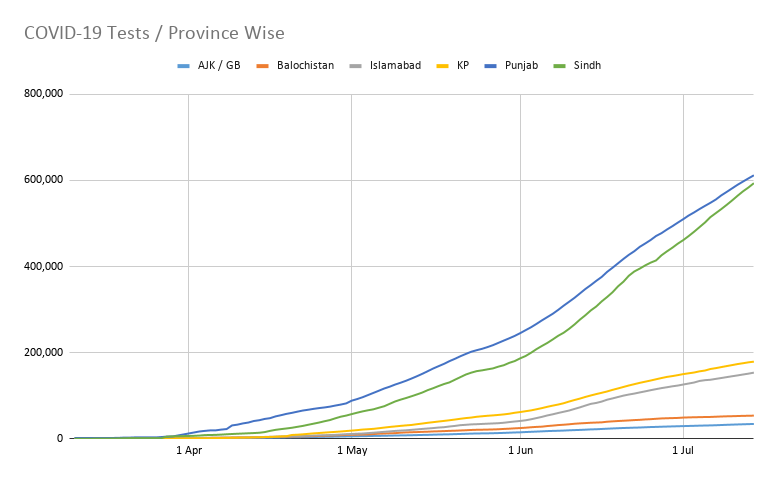 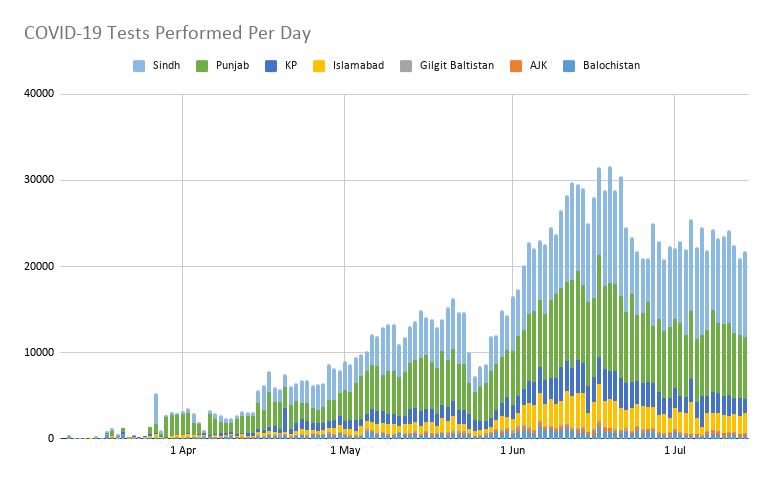