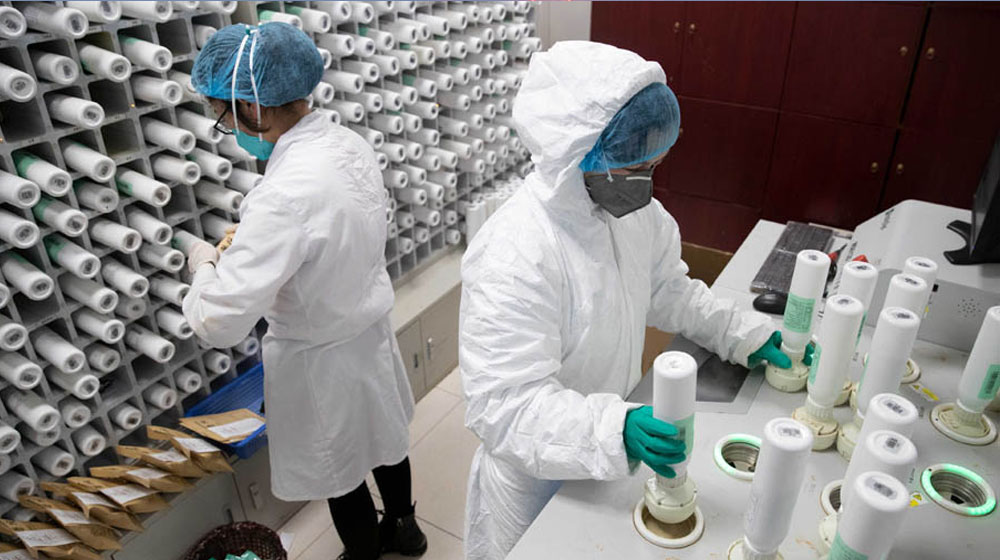 The Ministry of Science and Technology has expressed its inability to mass-produce Personal Protective Equipment (PPE) to combat COVID-19 due to a shortage of funds.

The committee also observed that Pakistan may face a food shortage if the locusts are not controlled, an added threat on top of the pandemic. The committee was also informed that a consortium of 70 countries has been formed to work on the COVID-19 vaccine but Pakistan is not its member. Also, the local trial of ventilators is dangerous if international standards are not being followed.

The meeting was given a detailed overview of the efforts made by the Ministry to curb the spread of the virus in Pakistan. The committee was informed that various agencies working under the Ministry have been working diligently and have produced masks, sanitizers, temperature guns, chemicals, walkthrough gates, and PPEs locally and in line with WHO standards.

The committee was informed that the hurdles faced by the Ministry pertain to funding, as mass production is not possible without appropriate funds.

The committee lauded the efforts of the Ministry and agencies and directed that National Disaster Management Authority (NDMA) and the Ministry of Finance be summoned in the next meeting so that details of distribution and funding may be discussed in detail. Research capacity and preparedness to battle the pandemic in Pakistan would also be gauged.

Reviewing the efforts of the Pakistan Council of Scientific and Industrial Research (PCSIR) Laboratories, the committee learned that it has been producing and supplying different products to various government organizations in Pakistan. These products are manufactured in adherence to strict WHO standards and price regulation is also stringent.

The committee was informed that PCSIR had, to date, produced 48,630 hand sanitizers, 10,730 liters of disinfectant spray, and 4 walk-through gates. The organization is collaborating with FPCCI for mass production.

About the Pakistan Engineering Council (PEC), Ahmed was of the view that the organization must continue its work with missionary zeal and the rest of the departments must follow suit.

He said that PEC had taken excellent initiatives such as the establishment of the Pakistan Innovation and Testing Centre (PITC) and the local manufacturing of ventilators and EM devices. The committee was informed that 57 designs of ventilators have been received by PEC, 14 design prototypes have been shortlisted for evaluation, 5 devices have been approved for industrial-grade models, 2 ventilators are under process of DRAP approval, as well as FDA and CE certifications. Seven ventilators are under the 2nd evaluation/design prototype stage which is a huge achievement.

Discussing efforts of the Coronavirus Taskforce, the committee was informed that 2000 tests have been conducted by the National Institute of Virology, medicine formulation is being researched with numerous medical institutes across Pakistan and the study of SARS-COV-2 has been taken up as well.

A National IT Framework for the post-COVID-19 scenario for track and trace has also been developed.