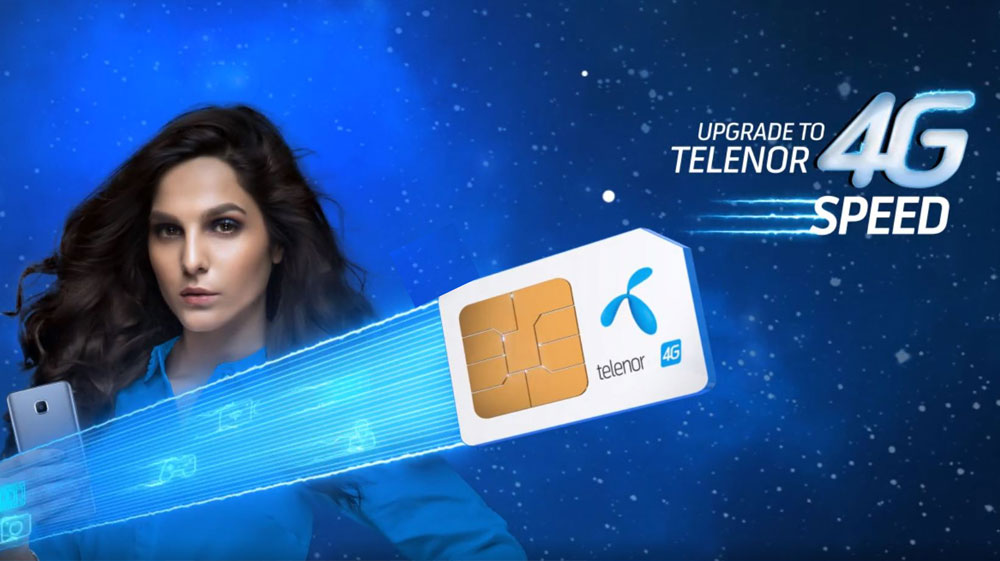 Telenor Pakistan posted its one of the worst quarters yet as subscriptions and traffic revenues declined by 11%, mainly due to COVID-19.

Company said that such negative impact came due to lockdowns that effected sales and also the lower ARPUs.

ARPU declined 13% and reached Rs. 170 per user month, down from Rs. 195 per user per month during same period last year.

Gross subscriber intake (new customers minus churned customers) declined significantly in April and May, leading to a loss of 1.4 million subscribers in the quarter. The mobile customer base closed at 45.1 million.

EBITDA decreased by 1%, as opex reductions due to lower market activity and stringent cost control were not sufficient to fully offset the revenue decline. Non-recurring items this quarter had a positive impact on EBITDA of approximately 11 percentage points.

In the second quarter, Telenor Pakistan paid an instalment of approximately NOK 0.6 billion for the deposit related to the licence renewal, however, its renewal of GSM license, which expired on 25 May 2019, is still not in court and not concluded.

More in below highlights: 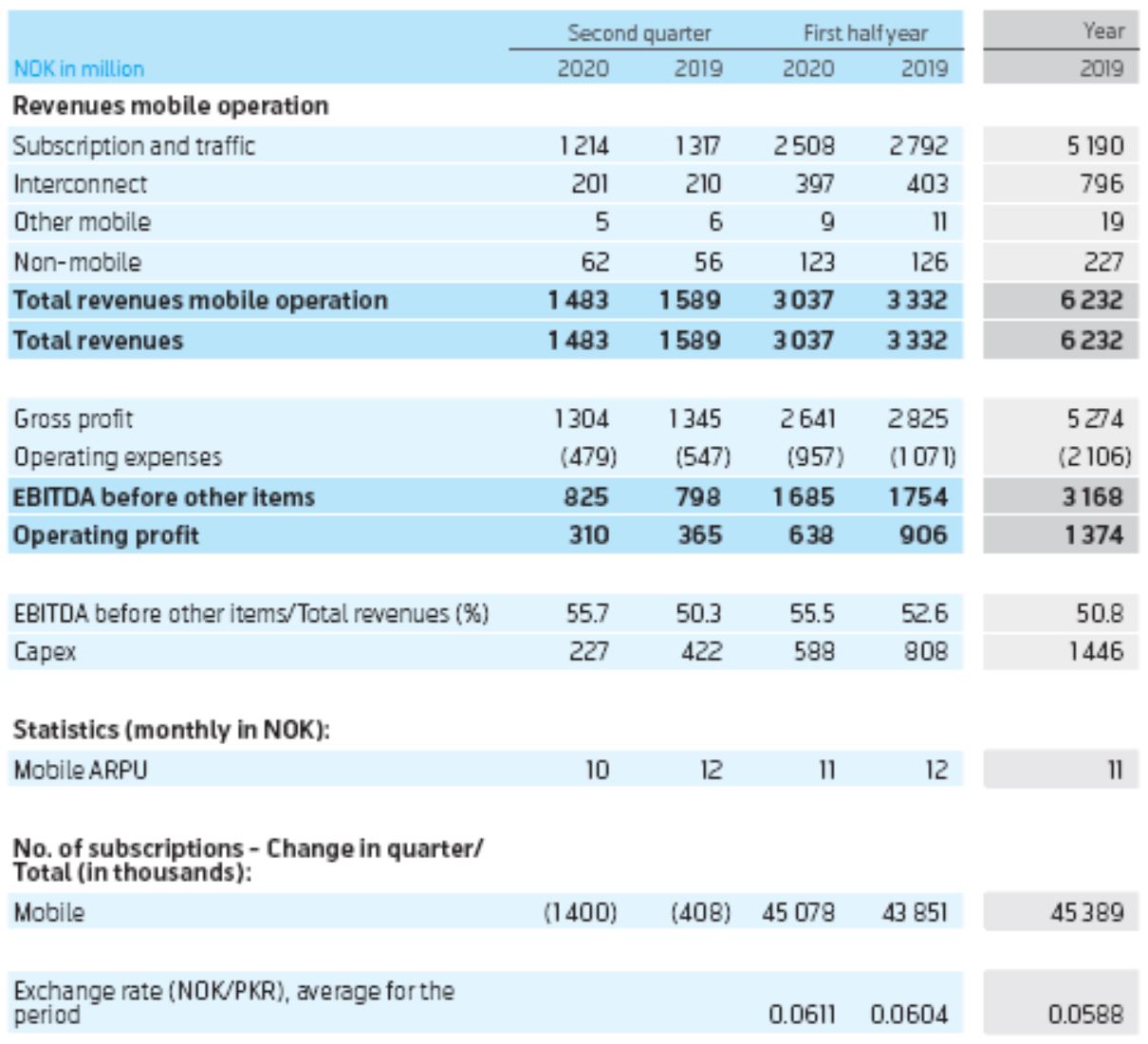