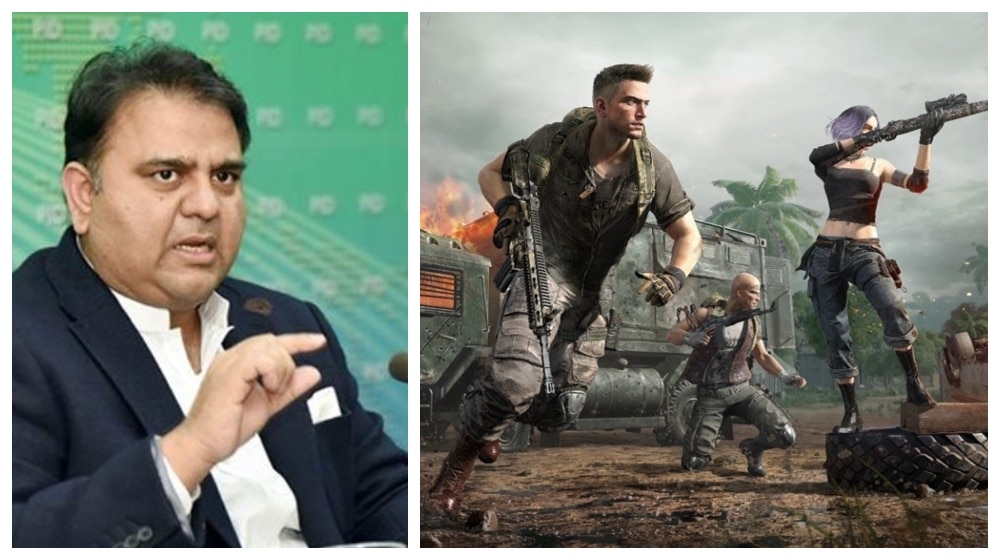 Federal Minister for Science and Technology, Fawad Chaudhry, has opposed the ban on popular battle royale game, PUBG Mobile. In response to a Twitter user’s request, the federal minister said that he is against such bans, adding that it is destroying our tech industry.

Fawad Chaudhry also urged IT Minister Syed Amin-ul-Haq to take notice of the matter and direct Pakistan Telecommunication Authority (PTA) to refrain from imposing such bans.

Well I against all kinds of general bans, such attitude is killing tech industry we cannot afford such bans, I hope concerned minister @SyedAminulHaque ll take note of this ban and PTA ll be instructed not to encourage such bans as it hinders tech growth in the long run https://t.co/GiEcFpbzDN

It is pertinent to mention that PUBG Mobile was banned in Pakistan on 1st July after the regulator received complaints from all quarters. PTA was later asked to explain the reasons behind the decision and submit a lawfully written order to the Islamabad High Court.

In another hearing on 15th July, Islamabad High Court’s Justice Amir Farooq reserved the decision on the PUBG ban in the country. He also said that PTA should have consulted with a psychologist to learn about the pros and cons of the game before the ban.

Explaining the reasons behind the ban, PTA’s counsel said that the game includes anti-Islam material as well as obscene content. In response, the judge said that there are numerous games with more violence than PUBG, however, it doesn’t mean banning everything is the solution.

Until now, the youngsters have launched multiple social media campaigns to divert the attention of PTA, Imran Khan, Fawad Chaudhry, and other notable names to resolve the matter and unban the game.

Do you think PUBG Mobile will be unbanned? Let us know in the comments section.