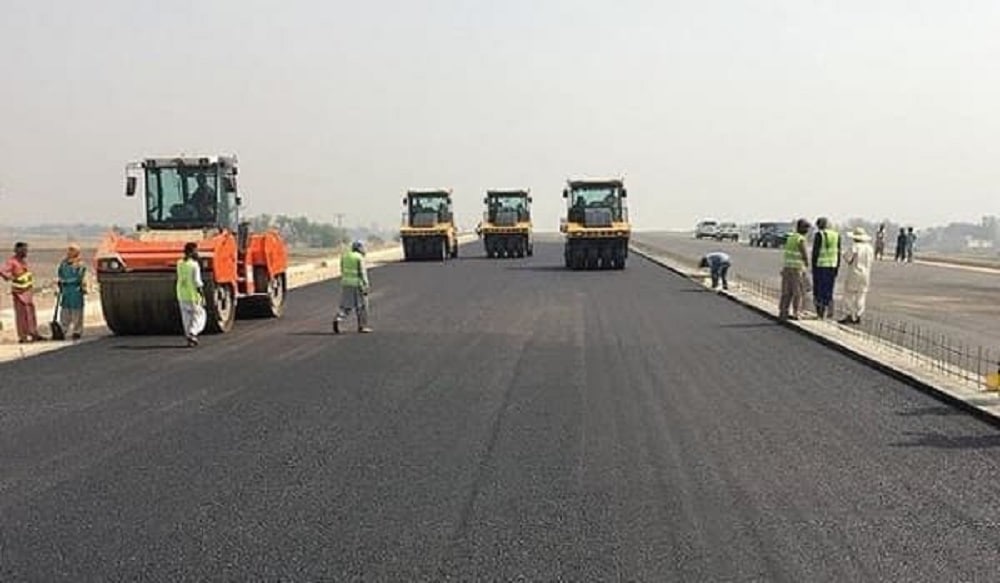 The government is all set to issue an international tender for Sukkur-Hyderabad Motorway (M-6), a critical component of the China-Pakistan Economic Corridor (CPEC), this Friday which will be completed on Build Operate Transfer (BOT) basis.

This was stated by chairman National Highway Authority (NHA) Capt ® Sikander Qayyum addressing E-Kachehri at the head office of the authority through NHA’s official Facebook page and answered questions by people all over the country.

The Executive Committee of the National Economic Council (ECNEC) has recently approved the project at a cost of Rs. 165.679 billion and the paperwork of Sukkur-Hyderabad motorway is being completed. It will be advertised on the international level, Qayyum added.

Replying to a question, he said that construction work on Hakla-D.I. Khan motorway is in progress and hopefully it will be completed by mid-2021.

Speaking about Indus Highway, he said,

This is an important link between Karachi and Peshawar and its rehabilitation is a major priority. Tenders of the Zhob-Kuchlak highway will be opened next month. No illegal toll Plaza exists along with the entire network of NHA.

Currently, around 97 percent of the infrastructure has been completed. Many types of equipment like escalators, automated gates, etc were to be imported but due to COVID-19, it was delayed. Now the situation is improving and imports have resumed it is expected that road infrastructures would be completed by the end of August 2020 and would be handed over to Capital Development Authority (CDA). He said that operating the bus is CDA’s responsibility and they will look into it.

Chairman NHA said the prime duty of NHA is to build, operate and maintain inter-provincial motorways and national highways also having links to the ports.

This is in line with the directives of Prime Minister of Pakistan Imran Khan, reaching out to the public through holding Khuli Kachehris by organizations under the federal government.

Qayyum said this practice of E-Kachehri will also be continued in the future.