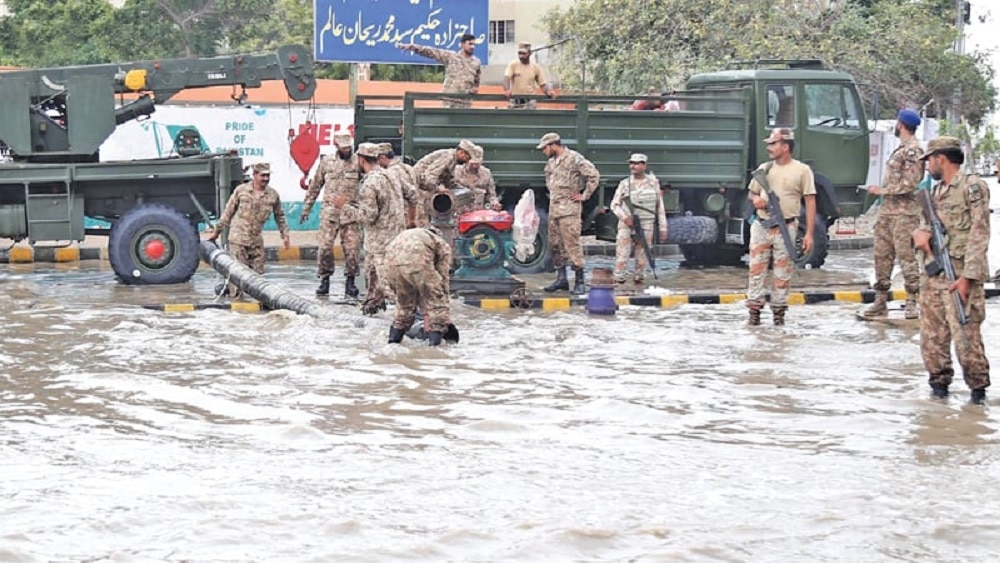 A massive draining operation in Karachi is set to begin as Pakistan Army, Frontier Works Organization (FWO), and Rangers have reached Gujjar Nullah to assist the civil government in cleaning the sewer drains of the city.

According to reports, FWO’s 50 dumpers and cranes will be used in the cleaning operation of Gujjar Nullah that got choked during recent torrential rainfall. The garbage from the nullah will be shifted to landfill sites while observing all environmental and safety protocols.

The cleaning drive has been launched by the National Disaster Management Authority (NDMA) on the directives of Prime Minister Imran Khan.

Addressing a news conference in Islamabad on Sunday, NDMA Chairman Lt. Gen. Muhammad Afzal said that the cleanliness campaign in Karachi has been launched to mitigate the impacts of rainfall in the future.

Karachi produces 20,000 tons of garbage every day. However, there is no effective mechanism to dispose it of. Karachi’s issues will remain unaddressed without realizing the issues faced by the city.

As per the Pakistan Meteorological Department (PMD), Karachi may experience another spell of heavy rainfall and thunderstorms from 7 to 9 August. PMD has predicted light rainfall in the metropolis till 15 August as well.