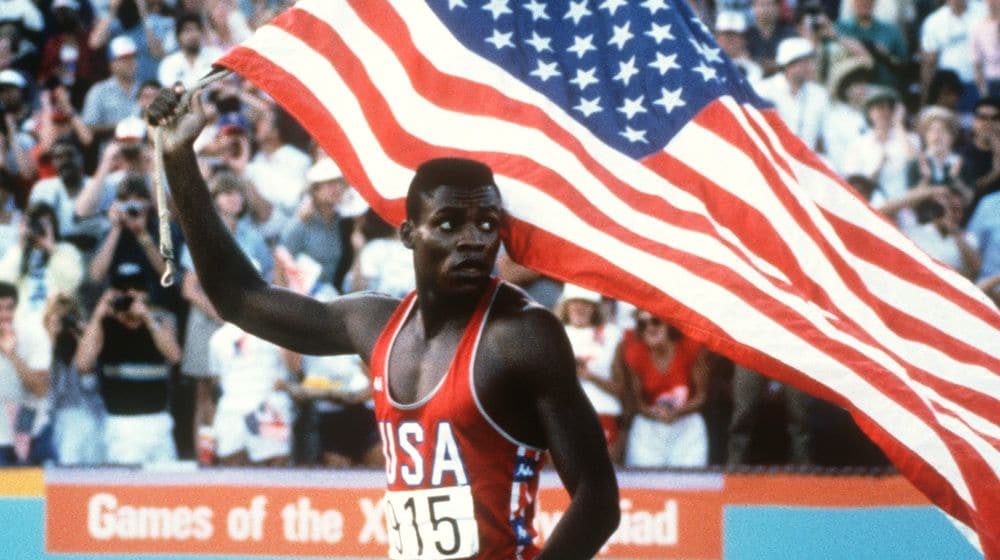 It is the power of social media that got Thatta-based fisherman Asif Magsi a call from the Pakistan Athletics Federation to come and train with top coaches.

Following his video of a long jump over 11 bikes went viral, the athlete was the talk of the town instantly. So much so that he made another video as he crossed a water canal with the Pakistani flag in his hand.

Not only is he popular in Pakistan, a legendary athlete from the United States, Carl Lewis, has also noticed his fearlessness. Sharing a social media user’s video of Asif, 9-times Olympic gold medalist said that his lack of fear can go a long way in his development as a professional athlete.

In response to a post which said, “Imagine finding him, working on him and preparing him for Olympics long jump”, Carl tweeted:

Actually with his lack of fear, he has the perfect mindset. https://t.co/qYOTX40Cvn

Coming from a legendary athlete, the compliment means a lot for the youngster. Social media has provided him the platform to showcase his talent and it is now up to him to translate promise into something substantial for his country.