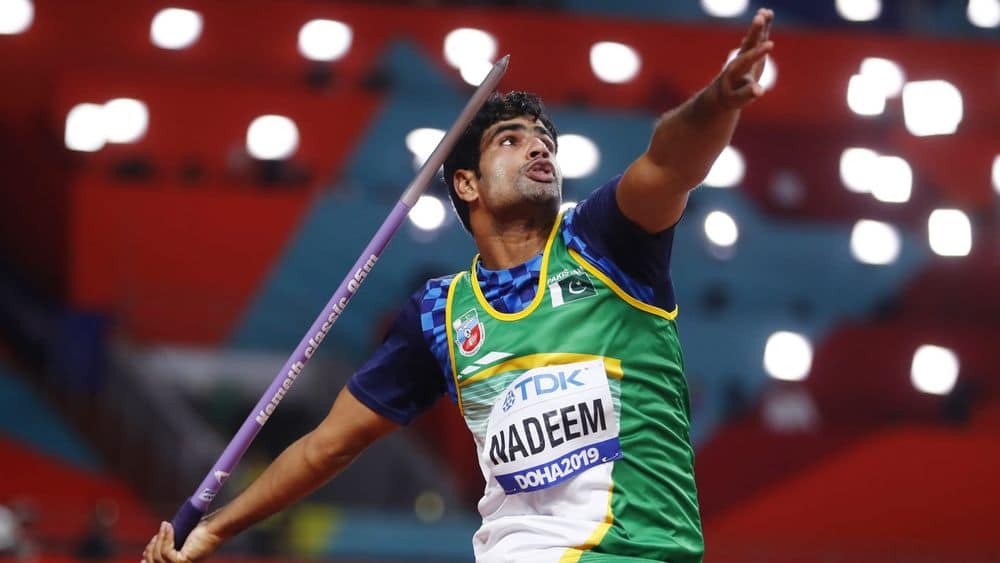 Arshad Nadeem has become the first Pakistani athlete to directly qualify for the Tokyo Olympics. The 23-year-old is a 4-time javelin throw national champion and a gold medalist in South Asian Games in 2019. He also set the South Asian Games record with a throw of 86.29 meters.

The direct qualification criterion for the Olympics is 85 meters, and thus the Pakistani athlete will be seen in action in Tokyo next year. The Olympics, which were scheduled to be held this year, have been postponed to 2021 due to COVID-19. The delay is the first-ever such incident in Olympics’ 124-year modern history.

Arshad was the only athlete to wear Pakistan colors at the World Athletics Championship 2019, in Doha. The rising star has enjoyed a few very good years in terms of achievements having won a bronze medal (76.33 meters) at the Islamic Solidarity Games in Baku in 2017. His previous personal best of 80.45 meters came in April, 2018 at the Commonwealth Games held in Australia.

He bettered his personal best in August 2018 at the Asian Games in Jakarta with a throw of 80.75 meters, which was also a national record at the time.