According to the notification issued by the Establishment Division, Shujah Hassan has been appointed as CEO PSM for 1 year and will assume office immediately.

Moreover, the appointment can be terminated at a 1-month notice by either party.

Here is a copy of the official notification. 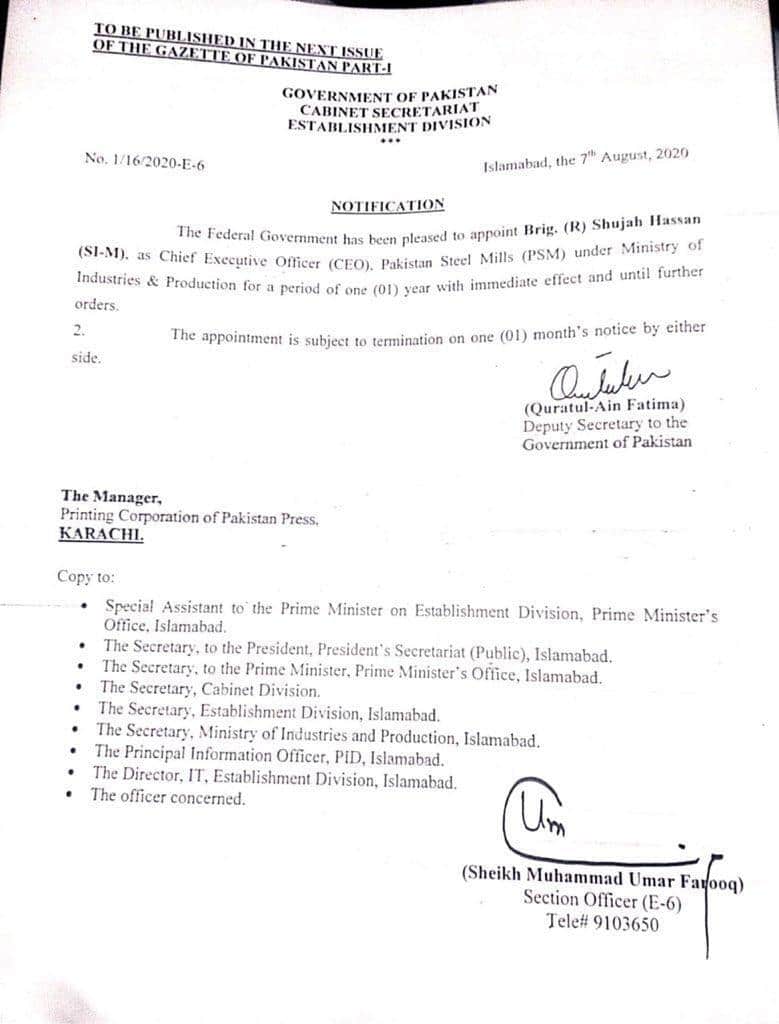 After conducting comprehensive interviews and detailed assessments, the Board Human Resource Committee (BHRC) of the PSM had originally shortlisted three candidates to be appointed as the CEO of the organization. Farooq Usman Siddiqui and Tariq Ejaz Chaudhry were the other two candidates.

BHRC forwarded the shortlisted names to the Federal government with Shujah Hassan recommended for selection as the top priority candidate.

Brigadier (R) Shujah Hassan had earned M.Sc (Hons) War Studies in 2002 and MSc (Hons) Defence and Strategic Studies in 2006. He had served at different positions in GHQ Corps HQ, Brigade HQs, and Regimental Units during his army career.