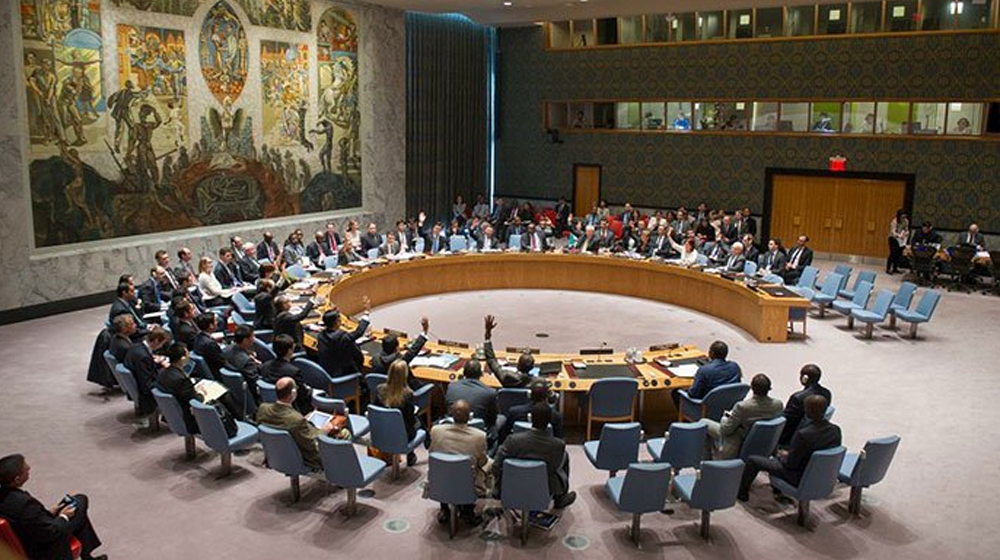 Pakistan has scored another victory against India on the diplomatic front as the United Nations Security Council (UNSC) convened the third meeting in a year to discuss grave violations against human rights in the Occupied Kashmir.

The Council not only expressed concerns over the grave human rights violations in the Occupied Jammu and Kashmir but also condemned the continued oppression as well as attempts to change its demography.

The 15-member Council meeting was convened on Wednesday, August 5, marking the first anniversary of India’s illegal annexation of Kashmir. This was the third closed-door discussions since India revoked the special status of the disputed territory one year ago.

The Foreign Minister, Shah Mehmood Qureshi, told reporters that the Council convened the session within 72-hour of Pakistan’s special request. China, being the permanent member of the UNSC, played a crucial role in arranging the discussion.

Though it was a closed-door meeting, Qureshi told reporters that the members describe the overall situation of the valley as tense.

Qureshi said that Pakistan highlighted to the members that it has always welcomed bilateral talks on the issue of Kashmir. It was India who always ran away from dialogues and a peaceful solution to the long-standing problem.

Thanking the UNSC members, especially China, for arranging the session, Qureshi said that calling the meeting on August 5 signifies the fact that Jammu and Kashmir was an international dispute and not India’s internal matter.

As such the reality is that India failed to convince the Council that Jammu and Kashmir is a ‘bilateral issue’ – a mantra that its ideological and expansionist-driven leadership can no longer hide behind the so called ‘Shining India’.

Earlier today, China and Turkey reiterated their stance over Kashmir, stressing that any unilateral change in the status quo in the IOK was India’s illegal and invalid move that destabilized the region.