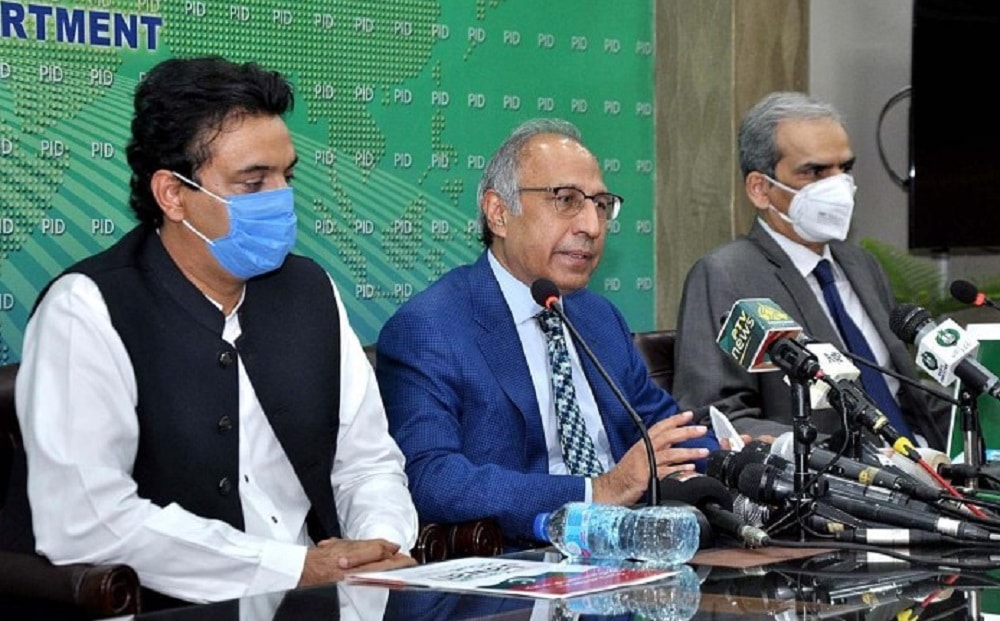 Advisor to Prime Minister on Finance and Revenue Dr. Abdul Hafeez Shaikh has announced a five-fold increase in the loan limit under the Kamyab Jawan Program on the occasion of International Youth Day observed across the world on Wednesday.

Addressing a press conference with Special Adviser to the Prime Minister on Youth Affairs Usman Dar, the advisor also announced halving the markup rate on the loans provided through the program.

The loan limit had been increased from Rs. 5 million to Rs. 25 million, with markup rates cut to half from 6 percent to 3 percent and from 8 percent to 4 percent, he added.

He said the markup rate on the loans already provided to the people will also be halved.

The advisor said the number of banks through which the loans would be provided under the program had been increased from three to 21 with an aim to facilitate the people, help job creation and promote economic growth.

He said the Kamyab Jawan Program is Prime Minister Imran Khan’s vision to facilitate the common people and provide them an opportunity to have access to soft loans to run their own businesses. The Finance Ministry would provide all the required funds necessary for the program.

The Advisor said the initiative will generate hundreds of thousands of jobs.

Talking about the performance of the economy, Hafeez Sheikh said the economic indicators had been showing positive development, citing a 6 percent increase in exports that were recorded around $2 billion in July 2020.

The revenue collection during the first month of the current fiscal year, he said, was also recorded at Rs. 300 billion, which was 23 percent more than the collection of the same month of last year.

He said the economic activity in the country had accelerated with a 22 percent increase in the consumption of cement and a 6 to 10 percent rise in the use of petrol and diesel, while automobile sales have also increased in the month.

The advisor said the confidence of both international and domestic investors is increasing in Pakistan as was evident from the performance of the Pakistan Stock Exchange, which was declared the second-largest market in terms of growth by Bloomberg.

Moreover, Moody’s has also provided a stable rating for Pakistan’s economy, which was an encouraging sign for the country, he added.

The advisor said the budget for the fiscal year 2020-21 was based on the philosophy to facilitate people and businesses. He said no new taxes were introduced to promote business, duties were reduced while the government cut its expenditures.

He said no supplementary grants were provided to any ministry, division, or department during the last fiscal year The advisor said the government provided the corona relief package of Rs. 1,200 billion to ensure cash payment to the people in a transparent manner without any discrimination and irrespective of political affiliation and region.

There was just one requirement and that the person should be a Pakistani national.

He said the people, small and medium enterprises, and the export sector industries were facilitated through various incentive packages on utility bills to mitigate the effects of the pandemic.

The aim was to steer them out of the crisis created due to the outbreak of coronavirus and the consequent lockdown, he added.