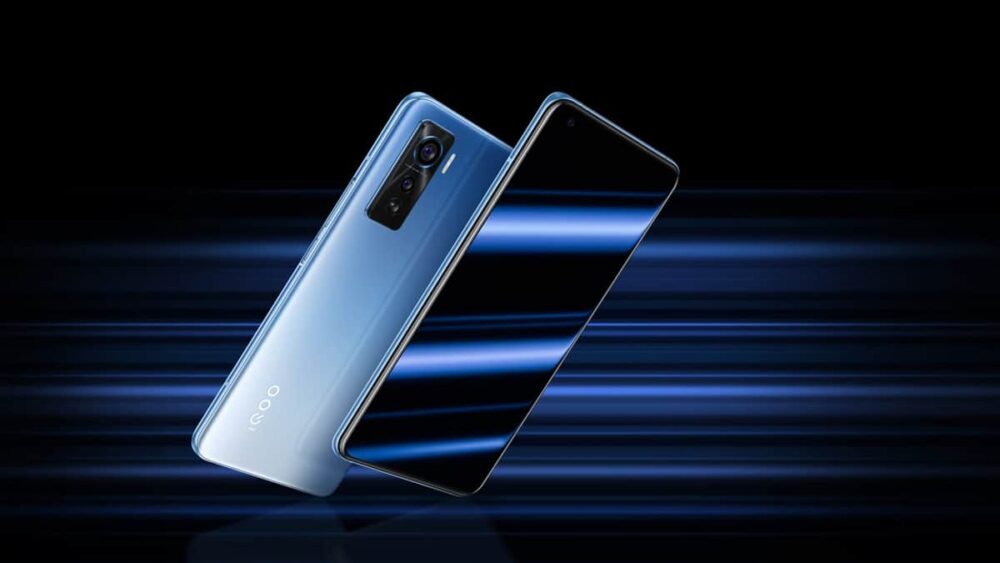 Soon after the launch of the Xiaomi Mi 10 Ultra, Vivo has responded with its own set of flagships dubbed the iQOO 5 and 5 Pro. The two new phones offer similar features to the Mi 10 Ultra such as the world-class 120W fast charging, 120Hz displays, top-notch cameras, and more. The iQOO 5 and 5 Pro feature mostly the same displays, the only difference is that the base iQOO 5 has a flat panel while the Pro sibling has curved edges, something no one is a fan of these days. The AMOLED displays are 6.56-inches in size and feature cornered punch-hole cutouts. They come with FHD+ resolution, 120hz refresh-rate, in-display fingerprint sensors, 1300 nits peak brightness, HDR10+, etc. The rear panel has a giant camera setup which consists of three lenses with the main sensor being far bigger than the remaining two. The setup is far smaller than the Mi 10 Ultra’s, which should make it easier to hold without smudging the camera lenses.

Another difference in terms of design is that while the base iQOO 5 comes in standard blue and black color variants, the iQOO 5 Pro is offered in special versions called Track and Legendary Edition. The Track Version has a tri-color stripe running through the main camera, while the Legendary Version features pure leather.

The internals are identical for both devices. The two are powered by the base version of Qualcomm’s flagship Snapdragon 865 SoC and memory configurations to go up to LPDDR5 RAM and UFS 3.1. You can go up to 12GB RAM and 256GB internal storage but there is no option for expandable memory.

The software front features Vivo’s iQOO UI 5.0 based on Android 10.

The giant camera lens on the back of each phone is Samsung’s GN1 50MP sensor that is accompanied by a 13MP ultrawide sensor with 120 degrees field of view. But while the base model has an 8MP portrait shooter as its third lens, the iQOO 5 Pro has a 13MP periscope camera instead. It is capable of 5x optical zoom, 20x digital zoom, and 60x hybrid zoom. There is also 8K video recording support.

The front cameras housed inside the punch-hole cutout are 16MP lenses for each.

The other major difference between the two devices lies in fast charging tech. The standard iQOO 5 has 55W wired charging on top of its 4,500 mAh cell, but the iQOO 5 Pro has 120W fast charging that can charge up the device completely in only 15 minutes.