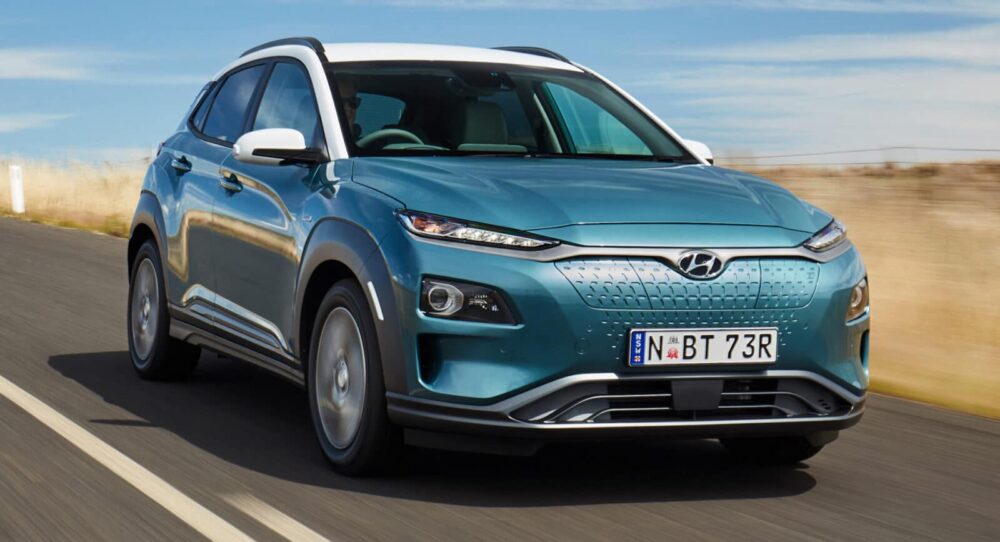 In the latest news, a Hyundai Kona went 1026 km (637 miles) on a single charge, setting a new record of the longest distance traveled on a single charge. Kona is an all-electric crossover SUV that features a 64 kWh battery, which implies that the power consumption of the car during the journey was 6.24 kWh/100 km, which is also a record figure.

Hyundai announced the said record themselves as one of their Kona EVs went around the Lausitzring track in Germany several times to complete 1026 kilometers. Reports from various sources also suggest that there have been a couple of other Konas that have traveled over 1000 km on a single charge.

This feat was reportedly achieved when three production Kona models were driven around the said track several times continuously for almost 35 hours. The speed was kept constant i.e. between 29 and 31 km/hr. It also bears mentioning that this magic number was achieved without the use of air-conditioning, as ACs are known to drain a lot of energy from the EVs. Under normal circumstances, the Kona production models provide a rather plentiful range of 484 km (300 miles) per charge.

Kona Electric SUVs have become a popular choice among EV buyers in the foreign markets. So much so that Hyundai is planning to reintroduce the IONIQ as their EV only subsidiary brand. Right now, IONIQ plans to release 3 all-electric vehicles in the next 4 years. The company was holding back on the production of the EVs due to insufficient battery production. However, having struck a deal with noteworthy electronics manufacturers in Korea, the company plans to establish EV manufacturing plants by the end of this year.