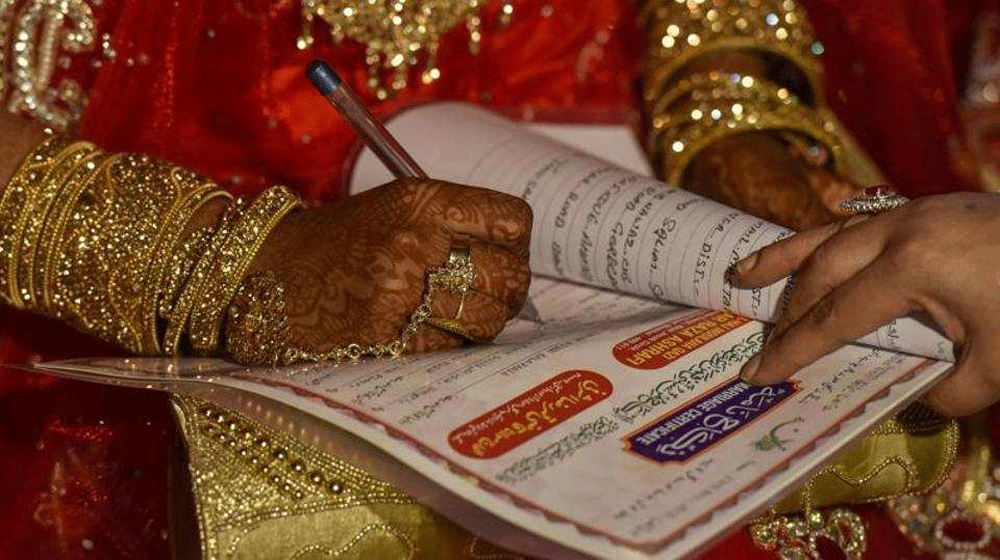 The Supreme Court of Pakistan has ruled that a man must pay the full amount of dower (haq mehar) to the first wife if he enters a second marriage without the consent of his first wife.

The significant ruling came in the case of Muhammad Jameel from Peshawar. As per details, Jameel had entered the second marriage without the consent of his first wife, or an arbitrator, as per the law.

His wife filed a suit in the Peshawar High Court (PHC), which decided in favor of the wife and directed Jameel to pay the full amount of dower (whether prompt or deferred) as agreed at the time of marriage. Dissatisfied with the judgment, he moved to the Supreme Court against the ruling, claiming that the PHC’s decision is against the Shariah.

The bench upheld the Peshawar High Court’s (PHC) decision, ruling that a man is bound by the law to immediately pay his first wife the entire amount of dower agreed at the time of Nikah, should he go for a second marriage.

During the hearing, Justice Mazahar observed that the law requires permission and consent of the first wife for a man to enter into a second marriage.

Any man who contracts another marriage without the permission of the Arbitration Council shall pay the entire amount of dower immediately, whether prompt or deferred, due to the existing wife or wives which amount, if not so paid shall be recoverable as arrears of land revenue.

The bench remarked that Section 6 of the Muslim Family Law Ordinance, 1961, related to the Islamic teachings.