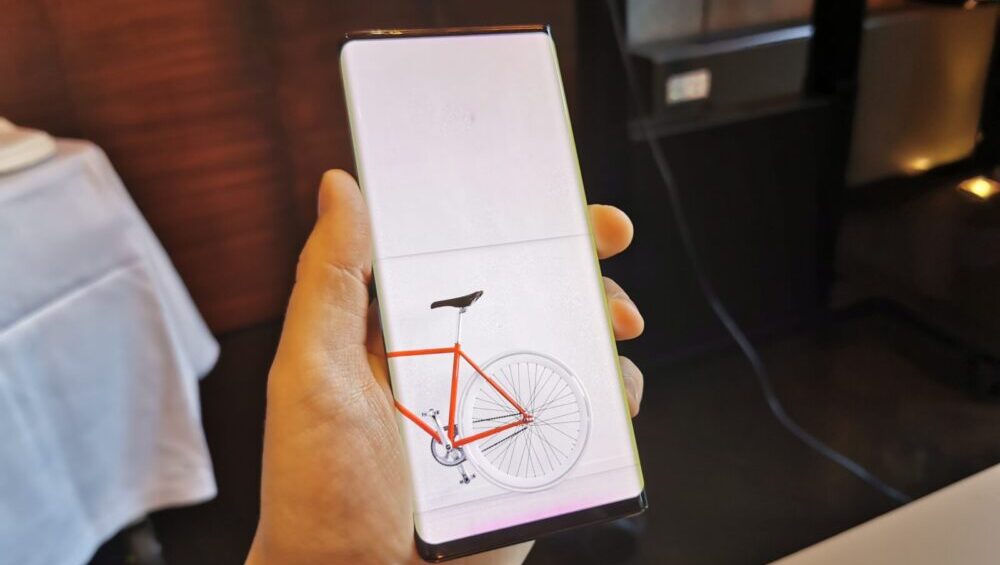 Phone makers have been working on implementing in-display cameras for years. Several companies have shown off the technology in early prototypes, but ZTE is finally launching the Axon 20 5G which will be the world’s first in-display camera phone for consumers at large.

While others are working on in-display cameras, TCL is working on a technology to make all cameras on a Smartphone invisible including the main cameras on the back. A new patent filed by TCL has surfaced recently that shows a smartphone without any visible cameras.

Renders for the patent were shared by LetsGoDigital. The device has relatively thick bezels around the display but no cameras are visible on the front or back. The front likely has an in-display camera, but the back only has a bump near the top with no cameras visible. The patent does not explain how this technology works, but there is some speculation for it.

The primary camera could be incorporated inside the bump, but with a unique type of glass that can turn transparent or opaque as needed similar to the OnePlus Concept One smartphone. The OnePlus Concept Phone is able to turn its cameras invisible through this technology.

OnePlus Showcases a Concept Smartphone With a Unique Twist

However, keep in mind that it is only a patent filed by TCL and the company might never launch a smartphone with such technology.